After racking up a storied career as a 10-time NBA All-Star, a two-time NBA Championship winner, and a Hollywood actor after starring in Spike Lee’s 1998 film He Got Game, Ray Allen has accomplished plenty in his lifetime. And yet as a retired NBA player, Allen is keeping himself busy with his nonprofit organization, the Ray of Hope Foundation, which is embarking on the Ray of Hope Foundation Computer Lab Initiative to donate technology to underserved schools in need.

The latest stop on his list is Lake Stevens Middle School in Miami Gardens, Fla.

The school auditorium is packed to the brim with fidgety and excited children. Allen is a hometown hero as he played out the end of his career as a member of the Miami Heat before ultimately retiring in 2014.

The principal of the middle school, Jorge Bulnes, is positively fired up and beaming with excitement about Allen’s presence and the foundation’s donation, which consists of a revamped computer lab and 30 Acer Veriton desktop computers. He’s generous in his expression of appreciation and connects some math with calendar and Allen’s number, 34, with the Heat that seems divinely inspired.

“Today is May 29, and let me tell you how destiny and fate come together. But 5 + 29 equals 34. That means that today will continue to live on as Ray Allen Day here at Lake Stevens Middle School,” says Bulnes. “Back in 2013, you hit a three-pointer that brought a championship here to the city of Miami, but today, you did a two-handed slam dunk for the students of Lake Stevens Middle School!”

Nonprofits Fill the Gap with Tech for Good

Much is demanded of professional athletes physically and emotionally throughout their careers. In terms of the game, they must constantly focus on strengthening, endurance and condition; and in terms of the mental preparations, they have to develop confident, winning attitudes.

But along with the game, athletes are celebrities and must grapple with the power and influence that comes with that platform. For Ray Allen, using that platform for good is a central part of being a professional basketball player. It’s a lesson that he learned and one he hopes to pass on to the next generation. That’s why he brought along New York Knicks player Tim Hardaway Jr. for the event at Lake Stevens Middle School.

“I believe things like this create ripples. Anytime you do this, we try to invite as many people as we know along so they can witness it. A ripple is small, but it becomes big,” said Allen. “But you know, just to have [Hardaway Jr.] lay eyes on it, hopefully it sparks that interest in his mind to say, ‘Let me figure out what I can do in my ways,’ and if everybody does something in small ways, imagine what you can create?”

Ray Allen isn’t the only athlete giving back by providing communities or kids with technology they might not otherwise have access to. In 2016, Houston Rockets player Chris Paul (who was playing for the Los Angeles Clippers then) made a similar technology donation to the Boys & Girls Club of Los Angeles as a way of giving back. And in 2017, Minnesota Timberwolves player Tyus Jones donated a refreshed computer lab dubbed the Tyus Jones Creative Learning Lab at the Excell Academy in Brooklyn Park, Minn.

While these star-studded organizations certainly draw eyeballs and attention, they’re part of a larger movement afoot in the nonprofit sector. “Tech for Good” is a mantra that is circulating within the community (it’s also a hashtag, #techforgood) and it speaks to the desire that nonprofits have to ensure that the technology revolution sweeping the world is one that is equitable and accessible by all.

“I think when you say tech for good, you’re essentially saying I want to have a lasting impact on someone’s life,” said Evin Robinson, co-founder of New York on Tech, at the 2016 Social Innovation Summit. “When you think about technology, it has drastically changed lives and cultures all around the world. It’s improved the way we communicate to the way that we even learn.” 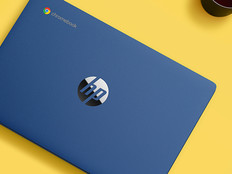