A fruit vendor in Nairobi, Kenya, displays the phone she uses.

“To deal with the issues that our planet faces, we need to up our game. Innovation requires courage,” said Paul Arnpriester, manager of technology strategy for CDW Nonprofit, as moderator of a panel discussion on “tech for good” at the 2017 Social Innovation Summit in Chicago.

But what does using tech for good actually mean?

On the surface, the phrase seems simple to understand, said Arnpriester, but in actuality, it covers a broad range of concepts. That is where shared value comes in when talking about tech for good. Arnpriester defined shared value as “a management strategy focused on companies creating measurable business value by identifying and addressing social problems that intersect with their business.”

One of the big drivers of the tech for good movement is the automotive industry.

“A few examples of tech for good in my industry are autonomous vehicles, ride-sharing mobility such as Uber and electric cars,” said Danielle Alexander, general manager of the tech incubator at Jaguar Land Rover. “These change how we sell cars.”

But society isn’t yet fully invested in the latest advancements in automotive technologies. Alexander cited trouble with electric vehicles, including infrastructure concerns (many rural areas don’t have the necessary charging stations installed) and range anxiety (today’s EVs can travel only 400 miles on one charge). As for autonomous vehicles, most people still don’t trust being in a car that’s not controlled by a human driver. The question, Alexander noted, is “how can we help to further this technology so that we can help people?”

Why Do Companies Care About Tech for Good?

“Social has become a central part of any business,” said Claudia Gonzalez Romo, chief of public advocacy for UNICEF. Through their spending choices, consumers are voting for businesses that care about the planet.

“There is plenty of tech for good. We just aren’t connecting the dots,” Gonzalez Romo added.

And innovation can come from unexpected places, notes Michelle Martin, head of global communications and marketing for Qualcomm Wireless Reach.

“Most people don’t know what Qualcomm does, even though they use products we make run, such as cellphones,” said Martin. Qualcomm’s Wireless Reach initiative works globally through industries such as education, public safety and healthcare to bring wireless technology to underserved communities around the world.

Partnering with Corporations for Growth

“The nonprofit world has the assumption that they are underdeveloped in technology,” said Arnpriester. That’s where businesses can help.

“Nonprofits have a strong desire for technology,” said Alexander, who pointed to a need for training nonprofits on technology.

One area where nonprofits can use support is in establishing technology at the leadership level of their organizations. Megan Christenson, director of the civic accelerator at the Point of Lights Foundation, notes that many nonprofits have limited tech knowledge on their boards. Corporations can help bring this knowledge to nonprofits.

“It works both ways. Nonprofits can also share their industry knowledge with companies,” added Alexander.

UNICEF, for example, partnered with Fitbit, said Gonzalez Romo. Fitbit developed a special wearable that, for every step taken, spurred donations to feed undernourished children around the world.

“How do we change the future of collaboration for good?” asked Gonzalez Romo.

Businesses, in many instances, can step up and lead the way. 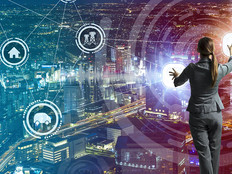 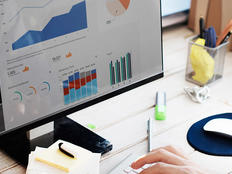 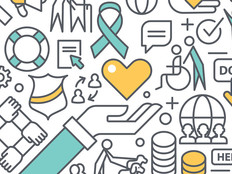