Although Small Business Saturday saw a drop in foot traffic and sales compared to the post-Thanksgiving holiday in 2016, it was still a banner year for small businesses in terms of their technology use.

Small businesses have started to embrace hyperconverged infrastructure to modernize their data centers, are deploying videoconferencing solutions, and are modernizing their networks with software-defined networking, enterprise-grade Wi-Fi and cloud-based wireless management.

As 2017 draws to a close, it’s worth taking stock of how well BizTech's small business tech trend predictions panned out this year. Clearly, cloud adoption has increased and matured. Mobile payments are starting to gain traction. And younger small business leaders are pushing their organizations to adopt new technologies. At the same time, many small businesses remain hesitant to pull the trigger on Internet of Things deployments or make investments in artificial intelligence or augmented reality.

Cloud adoption is now a fact of life in small businesses. Raymond Boggs, vice president of small and medium business (SMB) research at IDC, says that “the cloud coming of age” is the biggest SMB IT trend of 2017. More than half of all U.S. small businesses now use at least one cloud app, even down to companies with fewer than 10 employees.

Now, that one cloud application could be email, says Steve King, partner at Emergent Research and one of the forces behind the blog, Small Business Labs (one of BizTech’s 30 Must-Read Small Business IT Blogs of 2017). However, that does not mean that the cloud has not penetrated small businesses.

It’s notable, King says, that even “the people who aren’t confident or cloud fans still recognize they have no choice.”

“Cloud has continued to move to the mainstream from organizational fringes,” Boggs says. “Three years ago, the most widely used SMB cloud apps were hosted email, online storage and web hosting. Now apps are moving to the organizational core and almost half of SMBs either prefer or at least would consider cloud delivery for any new resource under consideration.”

According to Spiceworks’ 2018 State of IT report, of companies with fewer than 100 employees, 46 percent use the cloud for communication, 42 percent for backup/disaster recovery and 24 percent use it for productivity.

Cloud helps small businesses adopt mobile technologies, King says. “You couldn’t have mobile devices without the cloud,” he adds, noting the synergistic effect between the two.

Mobile Payment Usage Increases but Is Still Not Mainstream

According to data from PYMNTS.com, mobile payment awareness and usage has increased slightly over the past year, but it is still far from a mainstream technology.

Mobile payment services, including Apple Pay, Android Pay and Samsung Pay, are becoming more common and widely understood by both consumers and SMBs that take in-store payments. These “proximity” payment technologies use near-field communication (NFC), which lets users wirelessly pay for goods and services by presenting their phones to NFC readers.

According to the data, from June 2017, Apple Pay has the highest usage at 5.5 percent; Walmart Pay has second highest at 5.1 percent; Samsung Pay sits in third at 3.3 percent; and Android Pay has the lowest usage at 1.8 percent, which is higher than in the previous quarter, but low compared to the others.

Boggs says that “mobile payments are making quite a difference for a growing number of SMBs.” He also notes that “mobile engagement in general is associated with a more comprehensive and overarching trend, namely the empowerment of remote workers and the related improvement in productivity.”

In King’s view, mobile payments at small businesses, did mature this year and become more common.

“Over the next year or two, it will increasingly become mainstream, certainly with younger, more tech-savvy groups,” he says.

Ransomware certainly gained prominence among small businesses this year. The largest attack occurred in mid-May, when WannaCry ransomware infected 100,000 organizations in 150 countries within a day. Although government agencies and security researchers warned against paying the ransom, the cybercriminals collected more than $100,000 within 11 days of the attack, according to media reports.

“Certainly, the ransomware attacks that have received a lot of attention — and which different security firms are addressing effectively — [and] the highly visible data breaches at the most potentially secure places (including governments) has every SMB paranoid about the risks they are exposed to,” Boggs says.

Cybersecurity concerns now have “a seat at the table” in every firm whenever technology is discussed, Boggs says. “What was once viewed as a cost to be minimized is now considered a capability to be optimized, especially when it comes to support of remote workers and providing access to cloud resources,” he adds.

The conventional wisdom is that SMBs don't invest in much new technologies and are very focused on taking care of the IT that keeps the lights on.

Boggs says that this largely continues to be true and that “the bias for inaction is considerable as long as things are working.” That is especially true at smaller firms, he says.

At the same time, Boggs says, there is a new fear of missing out, or FOMO, “that has SMBs looking around to make sure they aren’t being left behind” when it comes to technology investments.

“This is especially true when it comes to new work styles (anytime/anywhere) made possible by new mobile resources,” he says.

King says that younger business and IT leaders are more willing to embrace new tech such as IT automation. “Oldsters are aging out of the workforce,” he says. “We’re seeing a natural generational shift happening.”

Boggs notes that “SMB spending is certainly slow to change” and that traditional hardware (such as PCs, servers, printers, network equipment) “continues to represent the largest share of spending, but the percentage declines with company size and the percentage has also been shading down each year as well.”

Software and services that improve business outcomes are where small businesses are increasingly investing. “While there is interest in exploring IoT, AR/VR and other technology, these are still the ‘shiny objects’ for most SMBs,” Boggs says. “Technology-oriented SMBs will be experimenting, but mainstream firms are still years away from knowing what they want to do with these new tools.” 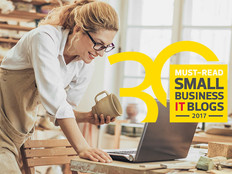 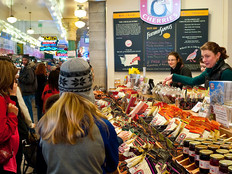 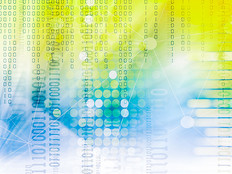