A single pane of glass to control firewalls and switches “gives us a nice cockpit to manage our network,” Cennox CIO Kevin Broughton says.

After several mergers and expansions, global banking and retail support services company Cennox wound up with a hodgepodge of wireless networks, spread across six locations in the United States and United Kingdom.

“We had a lot of infrastructure, but nothing was consistent,” Cennox CIO Kevin Broughton says. “Even within a single office, there was a mix of different brands and models. We had ongoing employee complaints about the reliability of the wireless, especially when traveling from one part of a building to another.”

Company managers wanted to upgrade and standardize Cennox’s wireless infrastructure, both to enhance the experience for office workers and to power new uses, such as wireless barcode scanning in its warehouses.

Although enterprise-quality performance was essential, Cennox — with U.S. headquarters in Missoula, Mont., and corporate HQ in Camberly, U.K. — also needed to consider budget, as well as IT management capabilities. The company is in growth mode, with about 150 employees working onsite and another 400 working remotely.

Expanding Networks on a Budget

“We’re a midsized company, and IT budgets are always carefully managed,” Broughton says. “But we needed to find something that we could standardize and manage across all our different locations.”

Cennox’s conundrum is a common one for small and medium-sized businesses. Often, SMBs find that they must upgrade legacy wireless infrastructure to meet escalating needs. But they must be careful to do so in a way that won’t bust budgets or introduce new network management challenges.

“It’s a matter of getting what you need, without getting too much,” says Nolan Greene, senior research analyst for network infrastructure at IDC. “Do companies go with a less expensive means of wireless access or do they look at more enterprise-grade equipment, which provides more than what they need? The market is doing some work to meet them in the middle.”

Greene says that robust connectivity is “absolutely” more important for SMBs today than it was even 12 or 18 months ago. “I see very small organizations embracing technologies that depend on wireless, and I see that continuing to increase.”

That’s certainly true for Cennox, Broughton says. “People are moving around more, collaborating more, bringing their laptops and personal devices into the office.” When Cennox rolled out approximately 30 MR42 access points from Cisco Meraki across its three U.S. sites and three locations in the U.K., the 802.11ac hardware instantly improved employee productivity.

The Wi-Fi upgrade also let the company shift from pen-and-paper processes to a mobile model in one of its warehouses.

“After the installation, we’ve seen really good coverage patterns, and complaints about connectivity have dropped off,” Broughton says.

Boosting productivity was also a driver for First Person, a developer of digital branding products. It upgraded its wireless infrastructure to enable collaboration between employees, installing new Aruba Networks 802.11ac hardware at its San Francisco headquarters. Although the company’s 12,000 square feet of office space only required six access points, the new equipment made a significant impact, says CEO Drew Fiero.

The limitations of the previous installation prevented employees from doing much more than ­checking email or surfing the web when they weren’t at their desks, Fiero says.

“We deal with video, so there’s a lot of playing videos and getting files,” he says. “Before, you were either with your team, or you were working. Now, you’re with your team and you’re working. That’s made a huge difference.”

While employees were once content to plug their notebooks into Ethernet cables, Fiero says, expectations have changed. “For any company that has a flexible workspace where people move around — which today seems to be most companies — I think having a good wireless connection is pretty essential.”

Keeping Up with Rising Network Usage

For the Georgia World Congress Center in Atlanta, better wireless was also a must-have for its conference attendees. It received numerous complaints about the quality of its Wi-Fi before upgrading to new hardware from Meru Networks (now owned by Fortinet).

Thomas Lloyd, director of IT operations for the conference center, estimates that wireless demand has been increasing at a rate of 10 percent to 15 percent per year.

Network administrators were able to configure the enhanced hardware to move users to new access points if their signal fell below a certain level, providing a better experience.

“It’s helped us significantly,” Lloyd says. “We’re probably OK for the next two or three years, but we’re already looking at what’s coming next.”

While even small organizations have big demands, they often must meet these needs with minimal resources. This doesn’t mean simply setting a budget for the initial hardware outlay, but also choosing a wireless infrastructure that a small staff can reasonably be expected to manage.

“In these really small organizations, you’re lucky to have one dedicated IT staff member,” IDC’s Greene says. “Some vendors are now offering mobile applications that allow administrators to manage wireless networks remotely in a very low-touch kind of way.”

Cennox is a perfect example. “We have a small but talented IT department,” Broughton says. “Everyone on staff is multiskilled, but no one is dedicated to just network administration.” 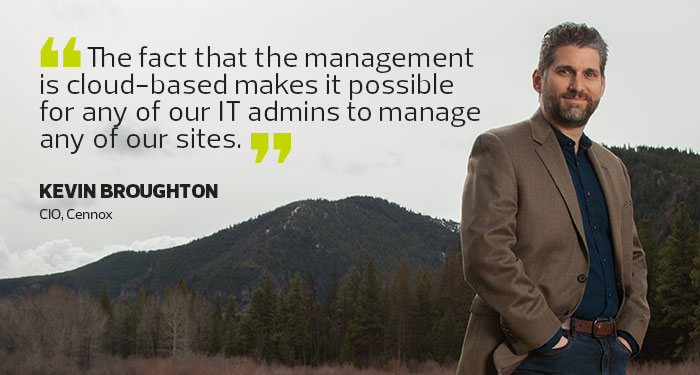 Meraki’s cloud-based management platform was a major selling point when evaluating wireless solutions, he says. Before Cennox switched to Meraki, it had no way to administer its wireless infrastructure across different offices.

“The fact that the management is cloud-based makes it possible for any of our IT admins to manage any of our sites,” Broughton says. “We’re no longer restricted to having someone onsite or using site-to-site virtual private networks.”

The single pane of glass to control firewalls and switches in one view, he says, “gives us a nice cockpit to manage our network.”

Wave 2 products achieve this speed with the help of:

MU-MIMO: The multiuser, multiple input, multiple output feature improves network efficiency and throughput by letting networks send data to numerous devices at once, rather than one at a time.

Extended 5-gigahertz channel support: Support for additional channels in the 5GHz spectrum reduces interference and congestion by minimizing the number of networks operating on overlapping channels. 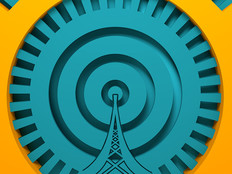 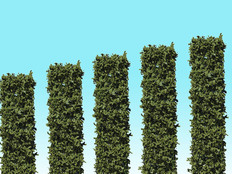