Dennis Matz, Senior Manager for Network and Infrastructure at Nutrisystem, says videoconferencing systems bring remote teams together from around the world.

Employees at weight loss products and services company Nutrisystem work with people all over the world. Until recently, their only points of contact were telephone calls, email and the occasional instant message.

But by December 2015, the company had hatched a plan to change that. Looking at overhauling its conference rooms, Nutrisystem spent the past year implementing a new Cisco Systems phone system, along with Cisco Telepresence equipment, so that everyone could work more collaboratively — interacting face to face even when they were halfway around the world from one another.

“We work with an offshore company in India that does development for us. We’ve worked with them for as long as I can remember,” says Dennis Matz, senior manager for network and infrastructure at Nutrisystem, which has headquarters outside Philadelphia.

“Before we implemented the ­videoconferencing system, those teams never saw each other — not one time,” Matz says. “When we got all the conference rooms set up for the 10 people in India and the 10 people here, it was like a celebration when they could finally see each other. No, video is not going to replace the other forms of communication we use, but it gives everyone another tool to do their jobs more effectively.”

That is a story being repeated at ­companies large and small as video emerges as a requirement for most ­organizations, says Steven Vonder Haar, senior analyst for enterprise webcasting and streaming at Wainhouse Research in Arlington, Texas. Wainhouse this summer reported that 40 percent of businesses are either “very interested” or “somewhat interested” in integrating streaming capabilities with group videoconferencing systems.

“People hate voice conference calls,” Matz says. “You never know who is talking or if everyone is paying attention. We use video in a variety of ways — for full room-to-room meetings, mobile users videoconferencing in for a meeting, impromptu executive meetings, and even simple conversations between two employees in the same office.”

There are many use cases for video­conferencing, with new opportunities opening up regularly. Companies use videoconferencing for everything imaginable, from doing interviews with job candidates to onboarding new employees and training people on important procedures.

“The workforce coming in expects these kinds of tools. They’ve grown up with YouTube, Snapchat, FaceTime and Periscope. Everyone has to recognize that video is no longer a medium; it’s a type of data,” Vonder Haar explains. “Organizations that are progressive are finding ways to creatively embed video in a wider range of applications to boost productivity and engagement.”

But international travel is expensive, and it’s difficult to get everyone who would benefit from meetings in the same room. Videoconferencing solves both problems, reducing costs and bringing more people together at once.

“We knew what our global spend was on travel. We decided we could fund our ­videoconferencing project with a reduction in that spending,” says Vincent Voci, Teleflex’s senior director of infrastructure.

The devices work with Skype and are available to all employees, prompting the company to add two more all-hands meetings.

People use the equipment all day long, Voci says: “We’re able to all meet more often, and with bigger groups.”

And while the company hasn’t seen a complete return on its investment, they are certainly on their way, he says.

“Our R&D guys use it because they are supporting people across facilities. Now they can show someone a product while that person is at their desk, on their phone,” he says. “It’s night and day, ­showing something versus emailing ­photos back and forth.”

Miles Kane, vice president of sales at Altocloud, says his company saves a lot of time with videoconferencing too. The Mountain View, Calif.-based provider of digital customer engagement tools has seen its biggest gains in productivity.

“We’ve had videoconferences that only took 15 minutes that would have been more than an hour in the old days,” he says. 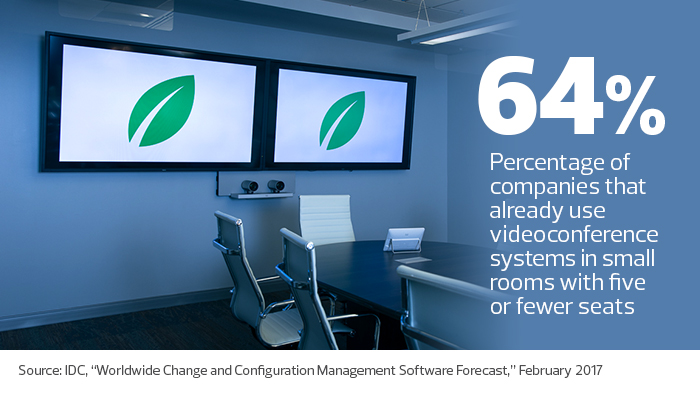 Teams also save time using Cisco Spark, a cloud-based videoconferencing offering, because there’s no hardware setup. “All you need is a user name — log in, and you’re up and running.”

Matz put it simply: “The ability to pull people together visually — ­capturing participants’ facial expressions and gestures — adds an entirely new dimension to the conversation and creates a more satisfying communication experience.”

Getting Ready for a (Cloud) Close-Up

Nemertes Research found that nearly one-third of 132 ­companies surveyed were using cloud videoconferencing last year. This year, 40 percent report they will use a cloud-based ­videoconferencing system.

Dubbed Video as a Service, the offering is available from ­industry heavyweights Avaya, Cisco Systems, Google, Microsoft and Polycom, as well as multiple smaller players.

The main benefit of cloud-based videoconferencing is that no specialized equipment is needed. Anyone with a camera-enabled smartphone, laptop or tablet and an internet connection can log on and make a video connection.

It also removes quality-of-service headaches for the IT team because security, networking and software upgrades are all in the hands of the cloud service ­provider. This makes it much easier to hold videoconferences with people outside of the corporate network, something that previously often required hands-on IT assistance. 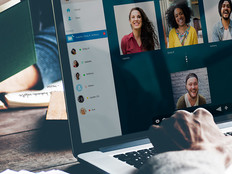 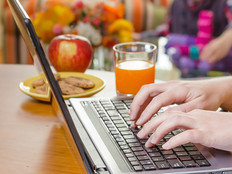