In many ways, nonprofits are lean, mean, data collecting machines, gathering information on donors and their habits through an array of approaches.

The problem, however, is finding ways to turn that data into something that will truly impact the overall mission.

This is where many nonprofits struggle. As a Nonprofit Hub survey explains, charitable organizations use sources as diverse as email, donor management software and online fundraising tools to collect data. However, just 40 percent use that data for making decisions on a regular basis. Nearly half (46 percent) rarely use data for decision-making at all.

That means that many nonprofits have a significant amount of information about donors that may be left unused — even though that data could help in big ways.

Many nonprofits could benefit from Big Data tools, but if data analysis is new to them, they may not know where to start.

These three tactics offer a useful jumping-off point for your own strategic ambitions. 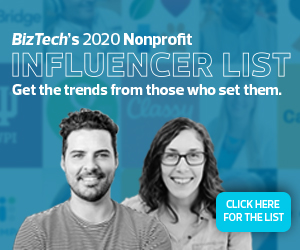 1. Get the Most Out of Potential Large Donors

The 80/20 rule, also known as the Pareto principle, is the idea that most of the consequences come from a handful of causes.

This mindset applies to nonprofit fundraising in particular, where major donors can have a significant impact on a nonprofit’s fundraising picture even as they make up a minority of those who give.

As a report from The Center for Effective Philanthropy uncovered last year, strong relationships are key to keeping major donors happy — and these relationships are becoming more important as individual giving decreases because of recent changes in tax law.

Through data analysis software such as Microsoft Power BI or IBM Watson, nonprofits can analyze engagement with donors of all kinds, cull key data points and target potential champions early — uncovering the roots of an important relationship as it begins and adapting to changes that emerge over time, shifting strategies to match the data.

It’s one thing to get a large one-time donation from an individual donor, but those who have already shown an affinity for your cause are more likely to show support again.

‌The State of Modern Philanthropy 2020 finds that donors are most likely to recur at two different times: within a month of an initial donation, or a year after a calendar-year donation. By timing messaging around these two periods, you may be able to spark renewed interest, helping turn a one-time gift into a lasting relationship, one not limited to major fundraising holidays like Giving Tuesday.

Powered by customer relationship management software like Microsoft Dynamics, such targeted outreach could help your nonprofit increase fundraising in areas that may not otherwise seem obvious.

MORE FROM BIZTECH: The beginner's guide to business analytics for nonprofits.

3. Use Data to Improve Your Personalization Strategy

Messaging that doesn’t feel like it was written with a consumer in mind can prove a big turnoff in a world where large companies handle personalization masterfully.

Personalization is a well-known concept in the marketing world — the Association of National Advertisers named it the Marketing Word of the Year last fall — and it’s an area where nonprofits are well suited to succeed.

Personalization can lead to higher conversions on email — at least 10 percent higher, according to a TechSoup analysis — and there is a lot of room for experimentation and tactics.

The true power of data for nonprofits lies not in collecting it or sharing a couple of big numbers with your board, but in taking steps to turn the analysis into execution that can be brought directly back into your marketing mission. And while it might take a while to build a sophisticated program, doing so can provide a solid foundation for next steps.

Data-driven execution may sound like a lot to tackle, but it can mean the difference between a so-so year and a great one for your nonprofit.