On Wednesday night, the Houston Astros won the franchise’s first World Series title, clinching the championship in a winner-take-all Game 7 that capped a scintillating series against the Los Angeles Dodgers.

Major League Baseball is hoping to create more fireworks next year, thanks to enhanced technology it wants to put in the hands of committed fans.

MLB is partnering with Apple to leverage the company’s ARKit application programming interface, which lets third-party developers build augmented reality applications. MLB is adding AR capabilities to its popular At Bat app, giving baseball fans more data about the play they are seeing on the diamond. MLB’s goal is to enhance the fan experience for those who want detailed statistics about their favorite players and teams as they watch live games.

The plan is to launch an updated app for the 2018 season. Fans using the app on Apple’s iPhones or iPad tablets will be able to hold them up and watch the live game through the app and see digital information overlaid onto players. That includes potentially everything from a ring around a player that indicates a player’s usual defensive range, as SportTechie reports, as well as how hard a ball was hit, how far it was thrown or how fast a player runs down the baseline.

“We want this to be fun for fans in the stands, to tell them something new about the game they can't see on the scoreboard or have to search hard for,” Chad Evans, senior vice president of mobile product development with MLB Advanced Media, baseball's interactive arm, tells CNET. “Everything is in play.”

As SportTechie notes, the prototype of the new app “uses the same Statcast computer vision and RADAR technologies installed in 2015 within all 30 MLB ballparks to capture data from every play executed throughout the season.” For now, the updated app will only work with devices running Apple’s iOS software.

MLB showed off the early beta of the app to reporters in September. “This is a whole new way to tell the story of baseball,” Evans said, according to SportTechie.

When users view the game through the At Bat app, the technology pinpoints players’ location in real time and fans can click little icons next to them to get more information on the players, TechCrunch and SportTechie note.

Thanks to motion and visual tracking sensors placed around the ballpark, fans can get access to “virtually any metric associated with their on-field performance, both past and present,” according to SportTechie, which MLB hopes will make the game more exciting to younger generations of fans.

TechCrunch notes that the app “has the potential to increase engagement, offering up contextual information to give users a deeper understanding of the game.”

How can finding out about obscure baseball quirks such as outfielder shifts unlock data that would enhance a fan’s understanding of the game? SportTechie notes that fans will be able to use the data the app generates to figure out “how much ground an outfielder can cover to get to a ball in play, why they initially shifted position (based on other analyzed data), their potential throwing range and something as specific as the possible outcomes of a throw to home plate.”

So far, according to TechCrunch, MLB has tested the technology in three locations — Dodger Stadium in Los Angeles, Oakland Coliseum and AT&T Park in San Francisco — but there might be some hiccups to work through. Each ballpark has a unique layout and geographic features and the app needs to work well no matter where a fan is sitting.

Greg Cain, vice president of baseball data at MLB Advanced Media, tells SportTechie that “anything is possible, it’s just a matter of time and focus.”

The league’s testing, he says, “has begun to focus in on key attributes and on narrowing the scope and uses cases of the product, but ultimately, it’s all about what the fan wants to get out of their experience in the park.” 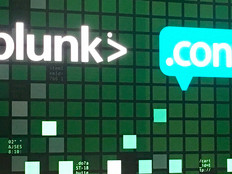 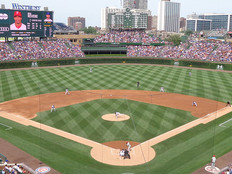