What can data analytics tell a major league baseball team? These days, pretty much everything.

In early May, when veteran outfielder Curtis Granderson was struggling with a batting average that had dropped to .122, the New York Mets kept him in the lineup.

“That night, Granderson doubled twice to snap a 3-for-49 slump. In the following game, he parked his second home run,” SportTechie recently reported. “In the last two months, he’s hit 12 home runs with a .299 average and 1.037 on-base plus slugging percentage (OPS) that ranks in the National League’s top-three.”

What helped push Mets Manager Terry Collins to keep Granderson in the lineup? Despite Granderson’s surface offensive statistics being abysmal, “his underlying advanced metrics showed good process,” SportTechie reports. And Collins had faith in the slugger.

By looking at statistics — like Granderson’s exit velocity (the speed at which the ball leaves the bat) and whether he was chasing bat pitches outside the strike zone (he wasn’t) — the Mets determined that Granderson was bound to get a volley of hits soon; he had just been “tremendously unlucky,” in the words of Mets assistant hitting coach Pat Roessler.

Analytics and data analysis, especially analysis of data provided by Major League Baseball’s Statcast system, can help baseball teams determine everything from whether to bench a player or put him in the lineup, where to place defensive players on the field, which players to draft and more.

Some of the underlying back-end technology is fairly banal — desktop computers and laptops running specialized software to conduct data analysis — but some of it is cutting-edge, and includes artificial intelligence.

The Evolution of Analytics in Baseball

The Houston Astros have been ahead of the curve when it comes to analytics. After Jeff Luhnow came on board as general manager in 2011, he built a system called “Ground Control” that takes numerous variables about players and “weights them according to the values determined by the team’s statisticians, physicist, doctors, scouts, and coaches,” as Bloomberg News reported in 2014.

The system’s algorithms help the team determine when to promote minor league players. The Astros began to rebound under Luhnow, trading away high-priced players for prospects and using data analytics to measure player performance and fuel a renaissance.

That bet has paid off: Heading into the All-Star break next week, the Astros own the best record in the American League. They are circumspect in talking about their specific use of analytics; when asked, CIO Chris Hanz declined to comment, citing the technology as “a competitive differentiator” for the team. Luhnow made a similar argument in a recent interview with MLB.com.

The secrecy surrounding each team’s analytics operation makes data security a paramount concern. Teams consider such technology to be proprietary and do not want anyone stealing their data or methods.

Some teams have divulged a few details. When asked last week at the annual convention for the Society of American Baseball Research if the Mets used neural networks and other machine learning technology, Joe Lefkowitz, the team’s senior coordinator for baseball systems, appeared caught off guard, according to SportTechie, and replied, “Umm … yes?”

Lefkowitz said that it’s a “technique we use,” without going into specifics.

“It’s obviously a big part of our department’s purpose for existing: We’re trying to use the most advanced statistical techniques we can that hopefully not all the other teams are using,” he said.

The Minnesota Twins are also increasingly embracing analytics, thanks to the leadership of Chief Baseball Officer Derek Falvey and General Manager Thad Levine. After the team finished the 2016 season with 103 losses, Falvey and Levine were brought in to shake up the organization, and they “have beefed up the analytics department, bringing a new dimension to player evaluation and changing the way daily scouting reports are prepared and delivered to players and coaches,” ESPN reports.

The Twins also blended analytics and scouting in the MLB draft, and used their first-overall pick to select high school shortstop Royce Lewis. “We had a very different approach to how we sign players, how we navigated some of the slotting system to maximize our draft,” Falvey told ESPN. “That wasn’t something that had necessarily been done before, and our guys embraced it all the way. That part I feel really good about.”

Where Is Baseball’s Analytics and Video-Capture Tech Headed?

At the start of the 2015 season, MLB introduced the Statcast system to all 30 Major League ballparks. The system combines high-definition optical cameras and Doppler radar to measure everything from pitch release and velocity to a batter’s exit velocity and launch angle (the vertical angle at which a ball leaves the bat on a batted ball). Teams then use this data to create a competitive advantage.

Statcast has led to an increased focus on launch angle, with players aiming to hit the ball higher this season, since analytics has helped teams determine that balls that are hit higher are more likely to turn into hits (and into home runs, if they’re hit hard enough).

Teams turn to external sources of data as well, from companies like SMT (previously Sportvision, which provides the PITCHf/x system) and TrackMan, which provides a military-grade radar system for tracking tiny details, like a baseball’s spin rate. These systems are not perfect, and the data varies from park to park. Yet teams rely more and more on such systems to help make crucial baseball decisions.

Outside of MLB, the Peninsula Pilots, an amateur baseball team in the Coastal Plain League, are using a technology called Yakkertech, which might compete with the TrackMan system, according to The Daily Press of Newport News, Va.

The technology “employs stereo vision imaging to measure the spin rate and axis of a baseball leaving the pitcher’s hand,” the newspaper reported, which could “help pitchers and coaches understand why one pitcher has more movement on his pitches than another and how to improve on the movement of one’s pitches by adjusting his arm angle.”

Analytics can be used in many ways, but ultimately, teams want to use data to help them succeed on the field. The Astros’ Luhnow says that analytics will hopefully be used to prevent players, especially pitchers, from being injured.

“If a team cracks the code on how to minimize injuries or how to reduce injuries, they're going to have a significant advantage,” Luhnow told MLB.com. “Ultimately, I hope that if a team does that, it is shared with the industry because injuries don't help anybody.” 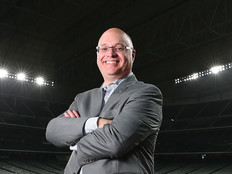 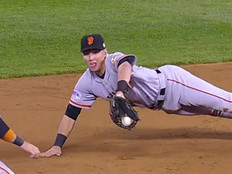 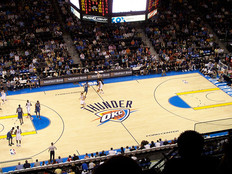