News stories abound about physical retail stores closing across the United States. Yet, according to data the Commerce Department released earlier this year, online sales only accounted for 8.1 percent of total retail sales in 2016, meaning shoppers still spend the vast majority of their money in stores. And those stores could be getting a jolt, thanks to augmented reality.

Augmented reality — digital information brought into a user’s field of view and overlaid onto the real world, which they usually observe through a smartphone or tablet’s camera — has the potential to reshape the retail environment.

Not only can AR let customers see digital representations of products before they commit to a purchase, but it also can remove products from store shelves, highlight certain merchandise and provide more information about it.

While AR is often associated with adding digital information to the physical world to give users a greater understanding of what they are looking at, “just as much opportunity can be found in using AR to subtract items from view and help consumers focus on specific retail products lost in the panoply of visual clutter,” says Jay Samit, independent vice president of digital reality at Deloitte Digital, in an AdAge article.

“As low-cost augmented glasses become widespread, imagine walking down a well-stocked grocery aisle and seeing only foods that are sugar-free or that fit your new keto diet,” he says. “Halal or non-GMO foods could be highlighted in your vision while other packaging would fade into the background. If you wanted to try a new recipe you saw on Facebook that morning, your glasses could show you the exact ingredients to purchase and even suggest wine or food pairings.”

Such capabilities are not far off. In May, Google unveiled Lens, an AR-based artificial intelligence software that’s available through Google Photos and Assistant, the personalized AI software on Android devices. As Recode notes, Lens can “offer you reviews and other information about the restaurant or retail store across the street, by you just flashing your camera over the physical place.”

Samit notes that Lens and other AR glasses or software, especially those that use machine learning, are able to accurately identify most objects by sight. That holds potential for both shoppers and retailers.

“If your AR glasses are looking at a company’s product at retail, the manufacturer will know the exact moment of the potential sale and can offer incentives based on your location, past purchase history and length of time making the purchase decision,” he says.

Beyond providing more information for users in stores, AR can also shake up retail in other ways. For example, a Harvard Business Review article notes that some retail goods are difficult to try on and then return to a store. AR can help customers try before they buy.

AR is especially promising for retailers in the furniture and beauty markets. As RetailDive reports, online furniture retailer Wayfair last week introduced an AR app that “leverages Wayfair’s 3D model library and Google’s Tango AR technology to show customers virtual furniture and décor in their homes at full scale before they buy.” IKEA’s mobile app already does this, and the company plans to work with Apple to enhance the app’s AR capabilities.

Meanwhile, Sephora’s Virtual Artist app allows users to “try out more than 1,000 cheek colors using uploaded photos, augmented reality, and artificial intelligence,” HBR reports. “If a customer can buy furniture without leaving her home, or test out blush without staining her cheeks, imagine what else is possible.”

The report also notes that AR has the potential to allow users to “shop for an engagement ring by uploading a photo of your partner’s hand, or measure and place artwork in your living room using your smartphone.” 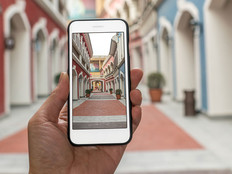 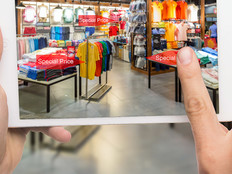 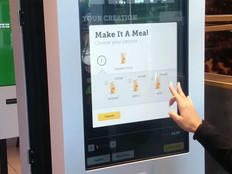