Billy Beane looked like a baseball player — 6 feet 4 inches tall, 185 pounds and a great vertical jump — and he was picked in the first round of the 1980 amateur draft. However, his playing career never panned out, even though Beane passed the “eye test” of what Major League Baseball scouts were looking for in a professional player.

“A lot of the decisions that we made in baseball for 150 years were based on gut feeling, intuition and passing the eye test,” Beane said Thursday during a keynote session at Splunk’s .conf2017 event in Washington, D.C.

Beane, the executive vice president of baseball operations for the Oakland Athletics, challenged the prevailing wisdom of how to evaluate baseball players and assembled teams based on analyzing players’ statistics. The approach is called “moneyball,” a term coined by author Michael Lewis, who wrote a book of the same name about Beane and the A’s, which was later made into a feature film.

Since then, many baseball teams have adopted advanced analytics to evaluate players, and Beane said the sport is better for it, as teams have used analytics to understand what makes players valuable. They are in a race to hire “the best and the brightest” data scientists and analysts, he said. The rise in analytics has brought more in, making it more of a “meritocracy.”

There are now teams with 25-person analytics departments, he said, larger than at many big enterprises.

“Managing databases is exactly the challenge that we have,” Beane said. “We need people who can do that in baseball.” Those large baseball analytics departments are trying to solve small problems in the sport, he said, but because they are so data-driven and passionate, they will “end up solving bigger problems” outside of baseball.

“Some of the things that these analytics departments are doing for baseball are going to be scalable into the corporate world,” he said.

Beane recounted the story of how the A’s used statistics to upend the conventional wisdom about the kind of players that made up a winning baseball team.

The A’s had one of baseball’s highest payrolls in 1992 and had gone to the World Series three straight years, from 1988 through 1990, winning the title in 1989. At the time, Beane said, there was a direct correlation between payroll and how many games a team won. However, in the 1990s, Beane said, teams in large markets like New York started to create their own local cable networks and keep more revenue for themselves, widening the gap in baseball between the haves and the have-nots.

Also, team owners gave a lot of credence to the views of those who had played the game, and often hired them to help run teams as general managers, Beane said. Teams also did not go bankrupt — if they lost 100 games in a 162-game season, they would start over next year, breeding complacency.

Beane had been reading the work of Bill James and other proponents of sabermetrics, which studies baseball statistics empirically. One of the best business decisions Beane said he made after becoming general manager of the team in 1997 was hiring Harvard-educated statistician Paul DePodesta to be his assistant. “I wanted somebody who could make sense of all of this data, perform statistics” Beane said. “Simply put, someone who enjoyed doing math.”

The move was criticized by fans, Beane said, because traditionally players had been evaluated by those who had played the game. “We were going to basically turn a baseball team into a mathematical formula,” he said.

Lewis approached Beane and DePodesta in 2002 to write a newspaper article for The New York Times about their approach. Lewis visited them in Phoenix that year for the A’s spring training and told them he knew what they were doing: “You’re arbitraging the mispricing of baseball player skills.”

Lewis was right, Beane said. In a crude way, Beane and DePodesta were trying to mimic what Wall Street’s quantitative hedge funds were doing, only with baseball statistics. Beane and DePodesta put a premium on players with statistics that correlated with run production and winning, like high on-base percentages. Those stats translated more into wins than traditional stats like batting average. However, players with high on-base percentages did not often look like they would be successful players. The A’s took them anyway because their skills were undervalued and they could be acquired cheaply.

Lewis spent months embedded with the A’s, telling Beane and DePodesta that he was going to write a magazine article and needed more time. He later told them he was actually going to write a book, which became a best seller.

“We didn’t invent anything,” Beane said. “We just basically took ideas, but because the culture we were in was so insulated, nobody was willing to use the ideas of Bill James. We basically just copied what Bill James said. He created a manual to run a baseball team.”

Since baseball statistics were not proprietary information, many other teams emulated Beane’s approach, and the A’s advantage over its rivals evaporated quickly.

However, the A’s have been among the most efficient winners in baseball under Beane. Between 1999 and 2016, the A’s won 1,547 games, among the most in baseball, according to Baseball Reference, (the New York Yankees won 1,690). However, each Yankees win costs $2 million on average, according to Beane, based on the team’s payroll, whereas each A’s win costs just $760,000.

“I love the challenges we have,” Beane said. “There’s 30 baseball teams. We’re not all the same. Some have more than others in terms of revenue, which also creates a really stimulating platform to try something unique, something different. If we did things exactly the way some of our bigger market teams did, we were destined to fail.” 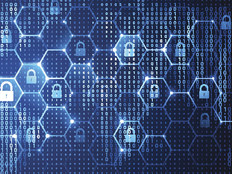 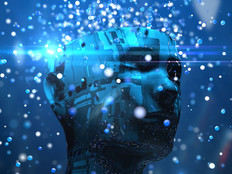 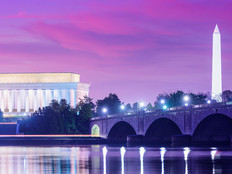