Suspected money laundering enterprises are in the headlines again, ensnaring the state-controlled Industrial and Commercial Bank of China  as well as  .

Yet for financial institutions that want to identify, track and stop money laundering and other financial crimes, the technological tools of banking’s yesteryear no longer cut it. A new wave of tech tools can help banks and other financial firms discover dispersed and complex webs of illegal activity.

The legacy tools banks use to find suspicious dispersals of money often rely on logical “if-then” rules to spot criminal activity, as Wired reports. For example, seven-figure sums of money traveling between foreign capitals is bound to raise a monitoring system’s alarm bells and the eyebrows of financial security experts.

However, those tools are often of little use for countering groups like terrorist organizations, which deal with small payments dispersed across several continents — transactions that might not raise any red flags in anti-money-laundering (AML) systems.

Seeking an alternative, financial firms are turning to artificial intelligence and machine learning — a subset of AI that uses algorithms to detect patterns, predict outcomes and potentially operate autonomously — to mine bank data and find anomalies. Banks can use behavior-based analytics to spot abnormal activity based on a customer’s profile, software firm Verafin notes.

“It’s a surgical approach to finding a needle in a haystack,” Dan Stitt, a director of financial crime analysis for AI company QuantaVerse, told Wired. Stitt previously spent two decades in the financial crimes industry and served at the Drug Enforcement Agency and the U.S. Export-Import Bank.

While the use of AI in AML systems is still in its early days, there are high hopes that it can make such investigations more efficient, because U.S. banks spend billions of dollars every year on such systems to comply with the Bank Secrecy Act of 1970, which requires financial institutions to help government agencies spot money laundering.

“Machines are able to take in multiple additional data points and analyze those data points in a way that may not seem obvious to human beings,” Kevin Petrasic, a partner at the law firm White & Case, who specializes in financial regulation, told Wired.

Other financial firms are also using AI to combat fraudsters. PayPal, which had 197 million active customers in 2016 and processed 6.1 billion payment transactions last year, combines a homegrown AI engine with its own fraud detectives to spot suspicious activity.

PayPal uses deep learning software that relies on neural networks to mimic the human brain and detect patterns. As a result, PayPal has cut its fraud false-alarm rate in half, Hui Wang, the company’s senior director of global risk sciences, told American Banker.

Banking giant HSBC announced a partnership in June with Silicon Valley–based AI startup Ayasdi to automate AML investigations that have traditionally been managed by thousands of human workers, Reuters reports.

Banks might be concerned, though, about the investments needed to adopt AI tech. “One concern is, how much change will you need to make to your existing infrastructure to accommodate the new technology,” Arin Ray, a financial services analyst who has studied the use of AI in AML systems, told American Banker. “If it’s large-scale change, human nature would prevent you from getting onboard immediately because there are large costs involved and you're not sure of how it will play out.”

AI is not the only tool banks can use to spot money laundering, tax embezzlement, corruption and other crimes. Elise Devaux, marketing project manager at visualization software company Linkurious, writing on the data science forum AnalyticBridge, notes that graph technologies “provide exhaustive overviews of the different entities and their connections” and “support complex data queries on large data-sets in a near-real time environment.”

“To thwart such criminal strategies, finding information about a specific suspicious entity is not enough,” Devaux says. “Financial crime units have to investigate the connections between individuals, accounts, companies, locations, to trace complex transactions.”

Banks usually keep track of numerous information sources on their customers and their financial activities, she says. Network analysis and visualization technologies allow them to “index complex connected data and easily query them to find patterns.” Such systems then allow financial firms to “compile various information into a single data model.” That makes it easier to spot suspicious activity. 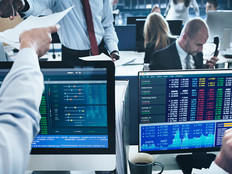