Artificial intelligence has become such a hot topic that it dominated the discussion between President Barack Obama, MIT Media Lab Director Joi Ito and Wired Editor-in-Chief Scott Dadich — for an issue of the magazine Obama guest edited.

As Obama notes, AI, or at least specialized AI, “has been seeping into our lives in all sorts of ways, and we just don’t notice.” AI in the form of machine learning and complex algorithms is becoming a bigger factor in users’ mobile devices, inside data centers and in many industries, from retail to manufacturing. As AI evolves, how will it impact the way business gets done, the relationship between workers, companies and technology, and society writ large?

A group of experts will dive into this discussion at Chicago Ideas Week on Oct. 20, on a panel called “The Implications of Artificial Intelligence,” which is sponsored by CDW. Ahead of the discussion, BizTech spoke to the panelists about the future of AI and what it means for businesses.

Will AI displace or eliminate jobs, but create new ones in the process? Will AI make work easier? How will companies prepare their workers for the future?

How AI Is Impacting Business Today

Ayanna Howard, a panelist and professor at the Georgia Institute of Technology who specializes in humanized intelligence, says that AI is creeping into the business world in applications, mainly on mobile devices but also in office software from Salesforce and Microsoft Office 365. Mainly, this is coming in the form of machine learning that recognizes patterns in daily routines and makes recommendations as a result.

For example, a smartphone app like Google Now might know when a person usually leaves their office for home, and make recommendations for their commute based on traffic patterns. Or, that app might see that they are still at work and make a recommendation for a nearby restaurant that has a special offer, Howard says. Once users trust their phone to make the right recommendation, they will be more likely to follow future recommendations, she adds.

Right now, Howard says, machine learning algorithms use past information to predict future outcomes or performance. Currently, they do not use that prediction and feed it into another algorithm to determine how the outcome might change. However, she says, in the future such algorithms will be linked together.

One implication of this, she adds, is that the AI algorithm that recommends restaurants or businesses might recommend that users go to big chains only because more people go to them, which gives them a better review but does not account for personalized service, hurting small businesses in the process. New methodologies are being developed to determine if algorithms do have biases, and businesses and AI researchers need to account for those biases, Howard says.

The panelists are likely to debate the relative positives and negatives of AI on the business world. On one hand, AI is poised to make some kinds of work easier and could give small businesses a leg up. On the other hand, it is also likely to eliminate whole categories of jobs.

Alexander Reben, an artist and roboticist who focuses on human-machine relationships, says that society does not need to wait for the development of self-aware AI for essential and philosophical questions related to AI to be considered very important.

Government leaders and policy makers need to deal with how self-driving cars, trucks and boats might replace human drivers, truckers and ship captains, for example, and change commerce. “Not only are people going to question what their point is in life if all of these jobs are taken away,” Reben says, “but people are also going to question how much automation there should be.” 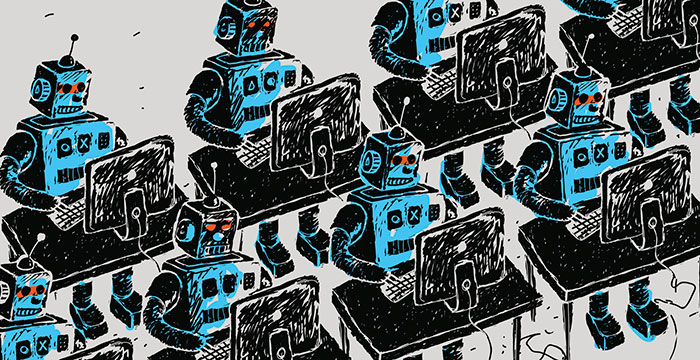 If AI leads to increases in unemployment, Reben notes, society will need to grapple with who will buy companies’ goods and services.

Panelist Adam Waytz, an associate professor at the Kellogg School of Management at Northwestern University who studies anthropomorphism — the process by which people treat nonhuman things, including technology, as having a humanlike mind — argues that AI is going to replace some jobs that humans do now.

“My role, and the research that I do, is to say you can’t stop the future,” he says. “The robots are coming. Artificial intelligence is getting smarter.”

AI is enabling more automation in rote factory work, Waytz says, and also in fields like customer service. “There is a lot of anxiety over humans being replaced,” he adds. “My hope is that these systems and machines and robots will also free up time for human workers to do things that are more uniquely human — work that’s more engaging, basically.”

Howard says that AI is starting to impact how businesses interact with their customers, as customer relationship management software and other business software start to create profiles of customers. That type of AI can determine whether businesses should call certain customers to cross-sell them on multiple products.

AI may allow small businesses to compete a little better with larger firms, as AI-based software gives small companies capabilities similar to larger firms at a fraction of the cost of building up a business unit — a key selling point for cash-strapped small businesses.

For example, an AI software package could make it much easier for businesses to write press releases. That might put the publicist who created press releases in the past out of work, Howard acknowledges, but it could also free up that person to actually call and interact with a company’s customers to sell them on a new product.

AI has the potential to free up time by automating normal business activities, from document management to accounting and setting up meetings, Howard agrees. “The positive aspect is that you can then devote yourself and your business to the things that make you different from your competitors, versus the day-to-day things that you have to do to maintain your structure and your physical capabilities and things like that,” she says.

“There will jobs that are displaced,” Howard says. “But I also believe that there are tons of jobs that will be created. I actually owned a small business. I think of how many things we do not do because we just do not have the time.”

Reben and Waytz say that people are more likely to accept AI if it has a lot of utility. But while AI might possibly remove drudgery from work, Reben adds, machines that replace humans may have a disproportionate effect on workers who can’t easily find new jobs.

So, a worker in an office who is on a computer all day may feel less of an impact than, say, a pipeline welder who has spent years learning how to be a master welder and nothing else. “That’s where I see, at that level, there being a lot of friction happening,” Reben says.

Waytz adds that humans will be needed to oversee operations and manage the inputs and outputs for AI-based machines to ensure work is being done properly. “There is a space for humans to have ownership over the work of machines that will enable them to keep being employed, and give them a sense of purpose and autonomy,” he says.

Waytz adds that some CEOs likely think that the more replacement that can be done, the better, because it will lead to increased profits, but that is a wrongheaded assumption. “Not to mention the fact that at some point, no matter what business you’re in, you are going to need to interface with a customer, or a supplier or a policymaker,” he says. “And that’s not something that machines can do. There will always need to be a human in charge of whatever the system or machine or robot is to communicate that work and to translate that work to the human on the other side of that work.” 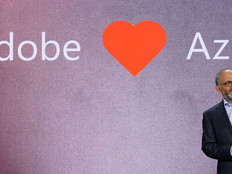