What’s in store for the world of financial technology, better known as fintech? Investment in the sector is declining, but tech developments are accelerating.

According to data from Thomson Reuters, U.S. fintech investments reached $4.27 billion in 2016, which was down 30 percent from 2015. The amount of investment declined in large part because of uncertainty about the presidential election and smaller deal sizes, according to data provider CB Insights and consultancy KPMG.

Payments and lending remain the leading fintech subsectors across the globe, say CB Insights and KPMG, and continue to earn considerable attention from venture capital investors despite some signs of market saturation. Other areas, including blockchain, data and analytics, regulatory tech and insurance tech are gaining more attention.

What are the tech trends that will define the fintech market in 2017? Here is a quick primer — by no means an exhaustive list — on the key technologies to watch:

Artificial intelligence is likely to transform a variety of industries in the years ahead, increasing productivity but also replacing jobs humans once did. Additionally, it may also create new cybersecurity vulnerabilities while improving cyberdefenses.

AI will help banks and other financial institutions automate certain tasks, according to David Horton, head of innovation at Synechron, a global financial technology consulting firm.  Writing in American Banker, Horton says that “many banks have identified onboarding and know-your-customer processes as the priority area.” AI can enable smart chatbots to interact one-on-one with customers to address their questions or even conduct financial transactions.

He also notes that “new advancements in technology now let banks deliver a more frictionless experience by allowing customers to easily upload documents through” their smartphone’s camera, and then use software to “extract both the needed data fields and intent of documents to automate the credit decision process rather than have to deal with filling in paperwork.”

AI may also start to creep into financial advising, Horton says, especially in areas like wealth management. “Throughout the year, expect the industry to launch a range of robo-advisory services — some will have a simple focus on the end goal and are ideal for individuals who don't care or don’t want to learn about the details of investing,” he says.

However, AI is not likely to replace financial advisers altogether, as more mature and astute investors expect human advisers to help them with their asset management strategies.

Michael Kent, CEO and co-founder of online money transfer service Azimo, noted in BetaNews that banks face cyberthreats all the time, pointing to a breach in November at Tesco Bank in the United Kingdom in which hackers stole funds from about 20,000 customers.

Machine learning — a subset of AI which uses algorithms to detect patterns, and then can predict outcomes and potentially operate autonomously — can help banks stave off threats.

“With plenty at stake, compliance is one of the biggest growth markets within financial services,” he writes in BetaNews. “With so much data needing to be monitored and crunched, machine learning technology is being increasingly applied to seek out and analyze risks to help keep us safer in the increasingly digitalized world.”

Blockchain technology will likely be adopted by more financial firms in 2017, even if it does not go fully mainstream. The technology is a decentralized database that consists of “blocks” or containers that hold time-stamped and valid transactions and are linked to previous blocks in a data chain.

Blockchain is a digitized and automated technology that is considered tamper-proof, because anyone can verify that a transaction has been made (a user’s signature is attached). Only the user, though, can unlock the container to get access to the data. Blockchain allows all parties to a transaction to keep track of it via a secure network, with no need for third-party verification.

McKinsey & Co., a global management consulting firm, submitted a report on blockchain last week to the U.S. Federal Advisory Committee on Insurance. The firm expects more than 100 blockchain solutions to be explored this year, and 20 to 30 proof-of-concept use cases for blockchain to be tested in 2018, with 10 to 20 successful business cases surviving and deployed commercially by late 2020.

Carlo R.W. De Meijer, an independent economist with decades of experience in finance, wrote in Finextra that he expects financial institutions will increasingly look this year to integrate blockchain with other areas of the fintech ecosystem.

“Existing systems within financial institutions need to adapt to the blockchain element. It must fit in with other banking systems (such as KYC, AML, customer record and other record systems, data warehouses etc.),” he notes. “Integration will not be limited to just installing blockchain technology within their own organization. It will mean getting many other organizations to adopt and integrate their existing systems with the technology (including business process and organizational changes). This process may take several years.”

Smartphones are more ubiquitous than ever, and the number of mobile payment options available to consumers is increasing, including Apple Pay, Android Pay and Samsung Pay. Such “proximity” payment technologies use near-field communication, which lets users wirelessly pay for goods and services by presenting their phones to NFC readers.

Some services, like Android Pay, also layer on other technologies, such as host card emulation, for increased security. HCE basically stores and transmits payment card information, such as the cardholder's name and the card number, via the cloud. That way, the information can be accessed and transferred securely by merchants and mobile apps that access the cloud.

According to research firm Javelin Strategy, mobile proximity payment volume has tripled since 2013, reaching $10 billion in 2015, and is expected to increase to $92 billion by 2019.

“While smartphone sales have somewhat plateaued, it is the growth of technology adoption in developing and emerging nations that has been in the spotlight,” Kent says. “Following on from popular millennial-focused payment apps such as Venmo in the U.S., sending money mobile-to-mobile around the world — instantly and at low cost — will be a key feature in 2017.”

Payment Security to Advance via Biometrics

As mobile payments proliferate, there are bound to be continued concerns about whether such payments are secure despite assurances from the main mobile players that they are. 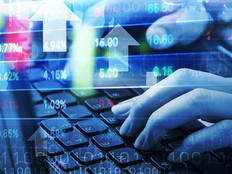 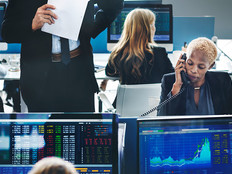 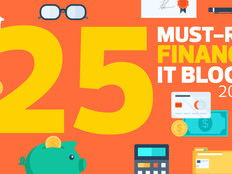