Although baseball has been considered America’s national pastime since the late 19th century, some things about the sport are just now being discovered, thanks to technology.

Case in point: Sliding into the first base can cost you a run.

Using Statcast to figure out the finer points of this amazing defensive play, Inzerillo ran through the numbers while speaking at the 2015 On Deck Sports and Technology Conference in New York City last week. It turns out that San Francisco Giants second baseman Joe Panik’s reaction time was so fast that it was negative.

“Hosmer tags this thing, [the ball is running]106 miles an hour coming off of it, which then makes this play by Joe Panik incredible,” Inzerillo said. “[Panik] hits 12 miles an hour and travels 20 feet and his reaction time is 3/100 of a second negative.”

What does it mean for someone’s reaction time to be negative? Inzerillo explained.

“So you’re saying, 'How did that happen?' [Panik] actually started to move when the ball was 10 feet from the plate and he got to the right position, flips it, turns two. Unbelievable play,” Inzerillo said.

Although Hosmer’s play failed, the effort that went into it is impressive. You might even say it’s Olympic-inspired.

“He’s out by 2/100 of a second,” Inzerillo said. “[Hosmer]’s a little under 13 miles per hour when Panik goes to dive for the ball. He doesn’t think he’s going to make the play, so now he turns on the gas. He hits 20.9 miles an hour. So we’re talking a couple miles an hour shy of Usain Bolt is what this guy hits.”

This kind of investigative sports reporting and analysis is what has MLB so excited about Statcast, he said. It’s not about stats for the sake of stats; it’s about understanding the game to the 100th of a second and realizing how much of the game is decided in reactions that move far beyond what our eyes can see. 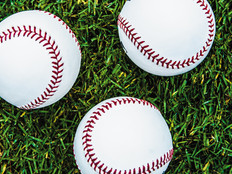 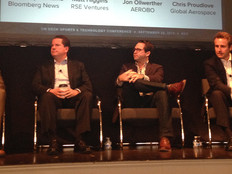 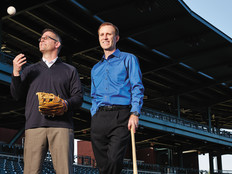