In a world in which everything is becoming increasingly connected and everything computes — from cars to industrial machines, appliances and wearable devices — businesses have been tempted to put more and more data into the public cloud. However, many companies are starting to reverse that strategy and bring data back to on-premises infrastructure.

Hewlett Packard Enterprise CEO Meg Whitman says that companies don’t need to give up on public cloud, but instead move to a “hybrid IT” model that gives them the benefits of both off-premises public cloud and on-premises private cloud. Speaking at the opening keynote of the HPE Discover 2017 conference on Tuesday in Las Vegas, Whitman and other executives made the case that businesses want and need simpler hybrid IT solutions.

Hybrid IT, built on software-defined infrastructure, can help companies large and small, Whitman argued, giving them greater flexibility and reliability to deploy their applications and run their businesses more efficiently.

“We see this emerging world as one where everything computes,” Whitman said. “In that world, your business will live or die based on technology.”

According to a November 2016 Harvard Business Review study sponsored by Verizon, 63 percent of organizations are already pursuing a hybrid IT approach. What does hybrid IT mean? Essentially, Whitman said, it is when applications are run off-premises in public clouds, on-premises or at the edge.

Apps will increasingly be run, and data will increasingly be analyzed, at the edge, which is anywhere outside a company’s data center: on devices, in encounters with customers and at employees’ desks. IDC predicts that by 2019, 45 percent of data created by the Internet of Things will be stored, processed, analyzed, and acted upon near or at the network edge.

HPE wants to provide companies with the infrastructure and services to help analyze that data, gain insight and make better business decisions as a result. The company thinks a hybrid approach can help organizations find the right mix of on-premises and off-premises infrastructure at the right scale, speed and cost.

“Hybrid IT is not a steady state,” Ric Lewis, senior vice president and general manager of the software defined and cloud group at HPE, wrote in a company blog post. “If you picture your mix of data and application types as virtual dials, every organization needs to get comfortable turning those dials up and down to accommodate different needs and different attributes required by any given instance.”

A key element of making hybrid IT simpler for businesses, in HPE’s view, is software-defined infrastructure, which HPE has embraced on several fronts. One is through hyperconverged infrastructure, made stronger by HPE’s $650 million purchase of SimpliVity earlier this year. Another is HPE Synergy, which the company refers to as “composable infrastructure,” defined by Lewis as “a new category of infrastructure that delivers fluid pools of networking, storage and compute resources that can be composed and recomposed as business needs dictate.”

Whitman said Synergy is a “game changer for those who are looking to deploy applications on-prem without compromise. Synergy levels the playing field with the public cloud in terms of agility and cost, while providing with you with the control that you want. And it gives you the ability to rapidly spin up new environments.”

In the first five months of this year, Lewis reports that HPE is “seeing strong adoption with nearly 400 customers across a variety of industries;” customers include DreamWorks Animation and the Washington State Department of Transportation.

What Happens If You Hit the ‘Cloud Cliff’?

According to Whitman, IDC research has shown that 53 percent of enterprises have or are considering bringing their workloads back on-premises from public clouds. “We see a world where hybrid will be the dominant strategy for most of you,” she said.

The trend toward hybrid IT is fueling the emergence and adoption of software-defined innovation, and new ways of easily purchasing and consuming IT services, Whitman said.

“And while we hear the hype that everything is moving to the public cloud, it’s just not happening,” she added.

Public cloud is “absolutely the right choice” for certain apps and use cases, Whitman said, and is part of the right mix of hybrid IT. Simplicity, shorter time to deploy and lower cost are some of the factors that have made public cloud so popular, she added. However, many HPE customers are “now asking us to help them optimize in a hybrid environment.”

Once organizations get to a certain point, she said, they “essentially hit what we call the cloud cliff, where either for reasons of control, security, performance or cost, the platform they went with is no longer the best option.” Yet companies do not want to abandon their public cloud investments, she said. Instead, they want to scale to a hybrid environment that is developer-friendly and gives businesses the right security and control they need at the right cost.

How is HPE approaching the next phase of hybrid IT? At HPE Discover, the company unveiled what it is calling "Project New Stack," a new approach to hybrid IT management, “providing unified management that delivers build-anywhere, deploy-anywhere simplicity across traditional IT, private cloud, managed and public clouds,” Lewis writes:

Project New Stack will extend the ability to provide on-demand allocation of resources, operating environments and applications across an organization’s entire hybrid IT estate, allowing collaboration among IT operations, developers and line of business managers. Project New Stack will provide cost insights and analytics across an organization’s entire hybrid IT estate, giving our customers the ability to deploy workloads based on business and economic requirements and making it easier to tap into underutilized resources already on-premises. In short, it will help customers optimize their right mix of hybrid IT. 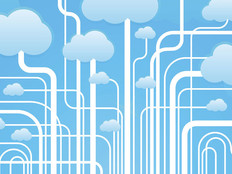 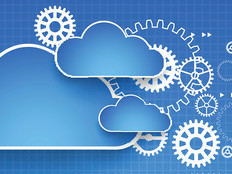