Hewlett-Packard Enterprise acquired hyperconverged infrastructure specialist SimpliVity this week for $650 million. The deal is expected to close in the second quarter of HPE’s 2017 fiscal year, which ends on June 30.

HPE said the hyperconverged market was estimated to be around $2.4 billion in 2016, and the company thinks it will grow at a compound annual growth rate of 25 percent, to nearly $6 billion, by 2020.

As the Wall Street Journal reports: "HPE believes SimpliVity will help its efforts in a fast-growing, high-margin market as businesses move from legacy technology to modern data management platforms with user-friendly interfaces." 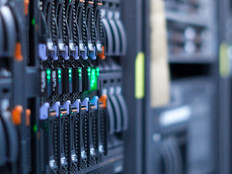