Small and medium-sized businesses are turning to hybrid clouds — mixtures of public clouds like Microsoft Azure and private, on-premises cloud infrastructure — but doing so isn’t always a simple task.

How can SMBs make hybrid cloud deployments easier? A recently published book from analysts at the Hurwitz Group, Hybrid Cloud for Dummies, dives into the best practices for businesses looking to deploy hybrid clouds.

How Hybrid Clouds Are Used

Carbonite, which offers cloud and hybrid backup software for small and medium-sized businesses, cited a survey earlier this year from cloud services provider RightScale. The firm surveyed 1,060 technical professionals (433 enterprise and 627 SMB respondents) and found that they are adopting more private cloud environments. When combined with existing public cloud deployments, that has led to a jump in SMB’s using hybrid environments.

As ZDNet reports, the authors of Hybrid Cloud for Dummies — Judith Hurwitz, Marcia Kaufman, and Daniel Kirsch — observe that “there are a number of enabling technologies that have to be put in place in order to enable a hybrid cloud to operate to support changing business requirements.”

The authors note that companies might use in-house data centers to manage customer transactions, which are often connected to the public cloud, where the company has created customer-facing web-based and mobile interfaces to allow consumers to buy its products online.

Companies use public cloud services for a variety of tasks, the authors note. “The same company may use a third-party managed service that checks credit for anyone paying on an installment plan,” the authors write. “There may also be a series of public cloud-based applications that control customer service details. The company may need to use extra compute capabilities from a public cloud provider during peak holiday periods. In addition, the company will use a public cloud to experiment with prototype business models.”

As ZDNet reports, the authors note that there are many best practices businesses should follow to make hybrid cloud deployments successful.

Integrate data. In terms of integration, IT leaders should not only integrate applications but also think through which services need data integration and which need processing in a hybrid environment. They add that firms need to integrate data across their own company and with partner data and public data sources, including social media data, third-party data and internal corporate data.

Gain operational visibility and management.  IT managers and administrators need to be able to see how all of their cloud services — both on-premises and in public clouds — are operating. To do so, the authors note, they need “a platform that’s able to discover the underlying services and infrastructure.”

Employ workload management tools. Businesses need to use such tools when relying on cloud computing and storage resources from both public and private clouds, the authors note. SMBs also need to ensure they have policies and rules in place to monitor cloud workloads and determine whether certain ones should be placed in public or private cloud environments.

Ensure security. Cybersecurity is always a concern and a necessity, especially in hybrid environments. “The increase in connection points adds a multitude of vulnerabilities to the applications and overall IT environment,” the authors say. “It is hard for many companies to keep abreast of changing security risks. Even the most experienced security expert is always playing catch up with the last security threats.”

As a result, according to ZDNet, the authors argue that companies should deploy a consistent and comprehensive security strategy, which may include “using a cloud-based development platform with built-in security services” that practically anyone on the IT team can use.

Use DevOps. IT teams need to manage the development and deployment of applications, whether they are in private or public clouds. The authors argue that companies need to have a “unified way to manage and synchronize applications and data” in hybrid environments. For example, companies should have a “single federated catalog and operations console for public and private” Platform as a Service deployments.

Flexibility to move apps. Finally, businesses need to have the freedom and agility to shift apps and services between public and private cloud environments as they see fit, something that is becoming easier thanks to containerization and microservices architectures.

“With emerging standards and open technologies, you become less dependent on one implementation of a cloud and gain interoperability no matter which vendor’s services you use,” the authors argue. 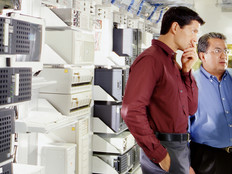 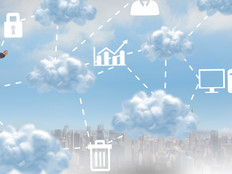 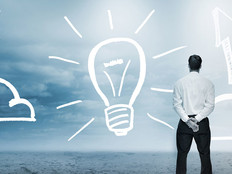