Businesses are moving to the cloud all the time, but most IT spending is still expected to be done for environments that combine on-premises private cloud and traditional non-cloud IT, according to IDC. Why are some businesses still reticent to abandon on-premises infrastructure?

Many theories abound, but the cost of a cloud migration and integration challenges associated with the move are two main concerns.

On-Premises IT Infrastructure Is Still King

According to a report released by IDC last month, total spending on IT infrastructure products (servers, enterprise storage and Ethernet switches) for deployment in cloud environments will increase by 18.2 percent in 2017 to reach $44.2 billion.

Of this amount, the majority (61.2 percent) will be on public cloud data centers, while off-premises private cloud environments will make up 14.6 percent of the spending.

With increasing adoption of private and hybrid cloud strategies within corporate data centers, spending on IT infrastructure for on-premises private cloud deployments will grow at 16.6 percent, the firm predicts.

There is strong momentum in the market for cloud infrastructure, but what could keep some businesses from migrating to the cloud?

Cost and Integration Issues Are Stumbling Blocks to Cloud Migration

There are many advantages to moving to the cloud, according to Juniper Networks CIO Bob Worrall, including increased agility and the ability to deliver new services into the market faster. He told CIO that most legacy IT organizations are tied to old enterprise resource planning systems and custom-built applications that are difficult to maintain. Moving to the cloud lets businesses move away from those old apps and gain speed. A cloud migration can also give a company’s “IT professionals who are motivated and ambitious an opportunity to learn something new and to become excited. It’s not often that IT folks get to play with new technologies, and yet that’s what they love to do. So having your best people aligned to a cloud transformation can be a big morale boost.”

However, there are some clear reasons why the majority of IT spending still includes traditional, non-cloud infrastructure. One is cost. Worrall notes that cloud solutions “won’t necessarily be less expensive.”

“You have to understand there’s a tipping point where at a certain scale it might be cheaper to run on-premises than in the cloud,” he told CIO. “Offsetting that risk may require new skill sets in IT. For us, one has always been around vendor management. With cloud computing, you have to be really careful with those monthly bills and acknowledge and invest in the skills necessary to review the monthly bills and keep your usage charges appropriate. So there’s an investment of time and effort there.”

Worrall also acknowledged that integration challenges can impede cloud migrations. Companies need to invest in training their IT staff members on cloud integrations to get the benefits of the technology, he said.

“We’ve been saying for years that IT is moving from an organization that used to build things to an organization that now integrates things. If you’re in the business of integration, that implies you have some piece of middleware or piece of technology that stitches all of this together and delivers it seamlessly to the end users. That skill set and technology is the center point of our solution and our approach.” 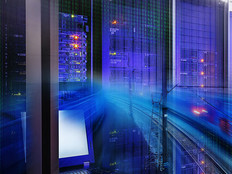