It’s one of the most important decisions facing today’s data center chiefs: Should our IT team move specific workloads off premises or to keep everything here in our data center?

As server virtualization continues to make it easier to move workloads to the cloud, organizations are now migrating elements of IT to the cloud to reduce their data center footprint, notes 451 Research Director Peter Christy in a recent survey report from Uptime Institute.

Yet as more organizations investigate cloud environments with an eye toward boosting efficiency and cutting costs, many are also discovering that making the right choices can be complex. Today’s market offers multiple options for where and how to run workloads. The reality is that certain workloads are better suited to on-premises environments while others can run more productively in the cloud.

“It’s an architectural shift,” says Bobby Patrick, chief marketing officer for HPE Cloud at Hewlett Packard Enterprise. “Whether on- or off-premises, you’re trying to create an IT environment with a significantly lower operating cost structure and significantly higher development and power. If you don’t accomplish that, then you’re not successful, regardless of what technology you use.”

Shifting from an On-Premises-Only World

The options weren’t always so extensive. Until about a decade ago, on-premises solutions were really the only way to go. In an on-premises-only world, servers were acquired, operating systems installed and various types of related hardware and software (such as storage subsystems and network gear) completed the picture.

In that former technology era, just about everything that mattered was contained within the data center’s four walls. IT staff members could easily reach out, touch and service or modify all equipment and solutions. An organization’s executives and managers could proudly show off their flashy data centers to potential employees and customers.

Even after servers began to be virtualized, the physical hosts remained. An organization might decide to place routine data center management responsibilities into the hands of an outside party, but the organization itself was still in charge of the facility’s physical security, power and cooling resources, and basic infrastructure. When some organizations began moving their hardware into cages located within shared data centers or hosting facilities, they still retained responsibility for their tangible, physical assets.

The Advantages of the Cloud

Today, it has become relatively easy to move workloads to cloud providers that guarantee acceptable performance at attractive price points.

“With the cloud, there are lots of benefits — the primary one being the ability to scale the service up and down as needed quickly, assuming the application can be scaled dynamically,” says Mike Fratto, principal analyst for enterprise network systems at Current Analysis. “Also, companies can get more cost-effective uptime and a lower time to recovery if a failure occurs, assuming the service has adequate features and the customer takes advantage of them.”

All enterprises can benefit in some way by moving workloads to the cloud, adds Lori MacVittie, principal technical expert at F5 Networks. “Whether it’s sending commoditized business operations to Software as a Service or a small business putting its web presence in the cloud or taking advantage of Office 365 and storing files in the cloud, there are definitely workloads that are more cost-effective in the cloud than on-premises in every organization.”

Over time, the cloud has split into two distinct models: public and private. The public cloud made life easier by placing the cloud provider in charge of most essential operations, such as management and maintenance. A number of organizations have also been drawn into the public cloud by the fact that they can use the approach to reduce lead times in certain areas, such as testing and deployment of new products.

Nevertheless, many organizations continue to view public cloud providers with skepticism, believing that the model introduces new intrusion, privacy, control and compliance challenges (despite the fact that security breaches of public clouds have been relatively rare).

The on-premises-style private cloud model has dispelled most of these misgivings, because it can reside on an organization’s own intranet or at a hosted data center behind a firewall. Unlike multitenant public clouds, which deliver services to many organizations, a private cloud is dedicated to a single organization.

“Organizations can build a private cloud that is every bit as robust and capable as a public cloud service,” Fratto says.

Private clouds appeal to many organizations that already have fully built-out data centers because they can continue using their existing infrastructure. But that private cloud also means the IT team must continue to handle management responsibilities, maintenance and systems update — all of which cost time and money. Some other expenses to consider are necessary outlays for virtualization, cloud software and cloud management tools.

Deciding whether to keep a specific workload on-premises or to move it to the cloud requires a good deal of study and planning.

Behind such applications are a collection of temporary and standalone web applications that have little integration or real-time communication with apps still in the data center, MacVittie notes. “Additionally, image processing and big data analytics are often shifted to the cloud to take advantage of periodic bulk processing that can be more efficient, and faster, in a cloud environment with plenty of compute available.”

Cost savings and ease of use tend to drive public cloud deployments. Moving to the cloud offloads not only capital expenditures, but some operational expenses, she points out. Plus, if an app consumes valuable bandwidth, migrating it to a cloud service can make the difference in moving ahead with a costly network upgrade, she says.

Scalability is another advantage. On-premises, the ability to scale on the fly requires an upfront investment in compute power that the organizations must cover whether the systems get used or not. “Off-premises, the cost of such idle resources is negligible,” MacVittie says.

Finally, moving workloads to the cloud can enhance overall IT agility, enabling organizations to quickly stand up resources and provision additional instances of apps as needed.

“Adding new services is a boon if they’re available off-premises, since it takes a lot less time to click a button and provision a caching service, for example, than in the data center where configuration across multiple devices must be scheduled and implemented,” MacVittie says.

To learn more about how CDW can help you plan your clout road map, visit CDW.com/cloud. 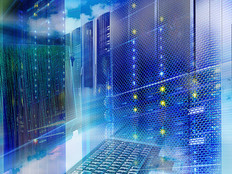 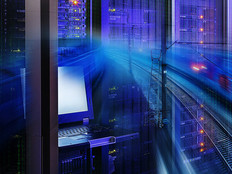