Now that football has returned for the 2016 season, the National Football League and its teams have introduced an array of cool, new technology for players, coaches and fans, from chipped and beeping footballs to virtual reality experiences. A few of the highlights include:

The fully encrypted system operates on an exclusive frequency, which improves reliability. Before, the radio system operated on the white space portion of the wireless spectrum and was prone to occasional interference, forcing teams to change channels to get a clear signal, McKenna-Doyle says.

The new VoIP system allows coaches in the booth to talk directly with players on the field for the first time. The technology is not limited to voice. In future seasons, quarterbacks could receive play calls through digital displays on their wrists, she says.

As part of the next phase of the league’s Next Gen Stats player-tracking project, radio-frequency identification chips were tested in footballs this preseason. The chips record how far the ball travels on a play and the ball’s proximity to the goal posts on field goal or conversion attempts. The information one day could be used during in-game telecasts or on media platforms such as NFL.com, according to NFL CIO McKenna-Doyle.

The Dallas Cowboys and five other teams have started using a specialized football that teaches players how to properly hold it, with a goal of reducing fumbles. The HIGHandTIGHT ball features pressure sensors that, when compressed by running backs, show whether the ball is being held securely and let out a steady beep. When running backs hold the ball improperly, it lets out a whistle instead, says Tom Creguer, the ball’s inventor and CEO of Your Future Sport. Several other teams have embraced the ball this year, including the Baltimore Ravens, Indianapolis Colts, New Orleans Saints, San Diego Chargers and Washington Redskins.

The New York Jets, who tested virtual reality at MetLife Stadium last year, plan to offer fans more behind-the-scenes VR experiences this season, says Seth Rabinowitz, the team’s senior vice president of marketing and fan engagement. Last year, the Jets set up a kiosk and provided VR headsets to fans who immersed themselves in game-day experiences, such as walking out of the players’ tunnel. The team filmed new 90- to 150-second VR experiences for every game this season, including team meetings and weight room sessions, Rabinowitz says.

An increasing number of teams have tapped VR to simulate practice and game situations, using the technology in slightly different ways.

“They can walk through plays and do calls. It helps them communicate and work things through,” Fannin says. “If a player is injured, it allows him to stay sharp by performing mental reps.”

To increase fan engagement this season, the Colts implemented new technology that pushes targeted content to fans through the team’s mobile app using high-frequency sounds, says Dan Plumlee, the team’s director of digital platforms. The technology, developed by LISNR, embeds data in inaudible sounds sent over audio broadcast through Lucas Oil Stadium speakers. The team will slowly introduce the technology and plans to send celebratory GIFs or video to fans’ smartphones after a touchdown, for instance, or discount coupons redeemable at the team’s pro shop, Plumlee says.

For more on how technology is being used in the NFL this season, check out "How the Cleveland Browns Made Their Wi-Fi Network Ready for Game Day." 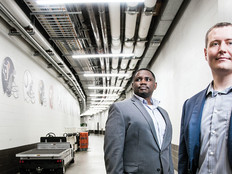 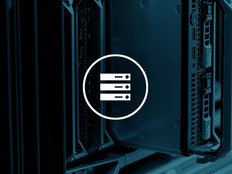 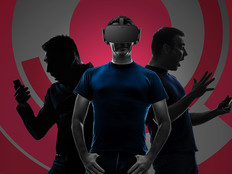