It’s somewhat of a cliché, but millennials apparently really do care about the values of the companies they interact with and work for, and they have very specific ideas about what those values should be. Businesses are increasingly taking heed of this and are finding that the choices they make in terms of social values can often greatly influence their reputation and bottom line.

David Rittberg, senior program officer at the Schusterman Foundation, who moderated a panel on changing corporate values at this week’s 2016 Social Innovation Summit in Washington, D.C., cited a ProInspire report on millennials’ values. When it comes to their careers, the report found, there are several factors that influence them: Purpose is paramount; pay still matters; flexibility is expected; feedback should be ongoing, not occasional; learning is a continuous journey; job switching is accepted; career paths are nonlinear and self-directed; career progress is important; sector lines are blurred; and innovation influences an employer’s reputation.

Rittberg said that values and purpose drive how millennials choose their jobs and which nonprofits they want to support. But how does that impact nonprofits?

Finding Values and Living Them

David Arison, a board member of Arison Investments and the Ted Arison Family Foundation (both part of the Arison Group), said during the panel that he grew up in a family that was steeped in business and philanthropy, and that he understood that “business has to be something more than providing a service or providing a product; business has to be an entity that can lead and and create social change” and have a positive impact on their employees — and their employees’ families, friends and communities.

“People are looking for more purpose,” he said, not just 9-to-5 jobs. As a result, he said, business leaders need to lead by example and exemplify their values in how they interact with employees, such as talking to employees and not yelling at them if something goes wrong.

Katie Klein, director of Cycle for Survival at Memorial Sloan-Kettering Cancer Center, which raises money for rare cancer research, said everything her organization does is mission-driven and values-based. Klein said that being a part of a larger organization forced her and her team to focus on its culture and values of ambition, respect and teamwork.

Mike Masserman, senior director of federal and international government relations at ride-sharing company Lyft, said he started his career doing mergers and acquisitions and then served in the Commerce Department in the Obama administration, but was drawn to Lyft because of the values of its co-founders, Logan Green and John Zimmer.

“These guys genuinely believe that we’re were doing is changing culture and changing a perception,” he said, by “using technology to create these human interactions.” He notes that Lyft helps the blind, deaf, seniors, retirees and women’s groups through its service and notion of community.

In the future, Masserman said, even in a world in which driverless cars become the norm and everyone is riding around in autonomous pods, Lyft wants people to share rides, potentially in sponsored pods (say, for singles, NPR or the Washington Nationals). “So the experience isn’t just one of transportation, it’s engagement,” he said.

Rittberg asked the panelists if profit-making ever bumped up against the social values their organizations espouse. Klein noted that for Cycle for Survival, its “profit” is basically how much money it can raise, and that in 2015 the organization raised $30 million from 127,000 participants.

Cycle for Survival's indoor team cycling events raise funds for rare cancer research, and 100 percent of every donation is directly allocated to research at Memorial Sloan Kettering Cancer Center within six months of the events.

Klein noted that the organization draws on grassroots support, and “people feel like they really own it.” However, pressure increased on the organization to raise more money, and her team struggled with how to balance creating a new tier of giving — called “Battle Trust,” for those who give more than $5,000 annually — while not making people who give $25 or so and are critically important feel less valued. She said the organization rolled it out gently and has tried to ensure that it is not making the amount of a donation the most important factor in the experience of the participants.

Masserman said last year that Lyft received an operating license to do business at the airport in Indianapolis, a week before NCAA men’s basketball tournament concluded in the city. At the same time, there was roiling debate over a religious liberty bill in Indiana that some saw as discriminatory against gays and lesbians and a way to deny them public services.

Lyft, focused on building a community of inclusivity, chose to tweet at city and airport officials that all were welcome to use its service, Masserman said. “We led with our values.” 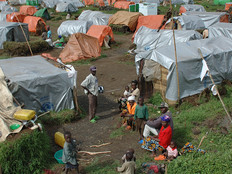 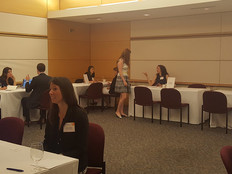 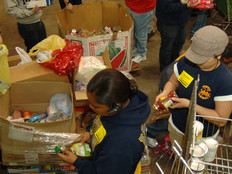