MENU
Log in
Devon Crowl says BackOffice Associates’ Office rollout went so well that he will consider other Software as a Service solutions.
Home»Data Center

Moving massive amounts of data from legacy enterprise resource planning systems to a new ERP system can be a challenge.

But it’s one that BackOffice Associates gladly takes on. The 16-year-old company, headquartered in Massachusetts (with additional offices around the globe), helps some of the world’s largest organizations migrate their mission-critical data.

When a data migration process gets exciting, that usually means something has gone wrong. That’s the last thing a major organization wants to hear when it comes to its data.

BackOffice Associates recently underwent its own major transition — from a legacy e-mail architecture to a new cloud-based system. In January 2012, it migrated from an aging Post Office Protocol (POP) e-mail system to ­Exchange Online, part of Microsoft’s Office 365 suite. Truth be told, the company is pretty excited about it.

A Cause for Change

BackOffice Associates’ transition began when a new CEO took the reins last fall. The CEO wanted to be able to check his e-mail and update his calendar from his BlackBerry, as he had at his previous company.

He was shocked to discover that he couldn’t. The ­reason? The company’s legacy e-mail system.

At the time, BackOffice Associates was still using ­Microsoft Outlook to download e-mail from POP ­servers, explains IT Technician Devon Crowl. All ­e-mail was stored locally on a user’s machine — whether that machine was in South Harwich, Mass.; at one of its development shops in Austin or Atlanta; or at its Asian headquarters in Singapore. Users were at risk of losing most of their e-mail if their hard drives crashed, says Crowl. There was no calendar synchronization. If people read their e-mail on their notebooks, the messages would still be marked as new in their inboxes when they returned to the office.

In October 2011, BackOffice Associates began examining its options and eventually decided to use Microsoft Exchange Online. Working with CDW’s Office 365 team and partners, Crowl mapped out an aggressive strategy for deployment. First, the team had to perform discovery to understand BackOffice Associates’ messaging environment, the types of objects, devices and operating systems that were ­included; what software it was using for spam filtering; and what mobile devices needed to connect to the network, says Dan Balchunas, a technical specialist for CDW’s Office 365 team.

In mid-December, the team began ­migrating users’ mailboxes to the new ­environment in 100-employee batches. That gave them time to set up their mail. This approach gave BackOffice Associates and its third-party support provider time to set up each group of mailboxes, ensure everything was working and troubleshoot if needed.

[55%] Percentage of enterprises expected to have adopted cloud-based e-mail and collaboration services by 2020
SOURCE: Gartner

Within a few weeks, the team had ­deployed 538 seats of Exchange Online Plan 1. Roughly 100 of those seats were designated to the company’s headquarters, with the rest spread out to BackOffice ­consultants around the world.

The only glitch, Crowl says, was that once a user was moved to Exchange Online, he or she had to log on immediately with a user name and password in order to receive external e-mail. A handful of remote users who checked messages less frequently were caught unaware, but that problem was quickly rectified.

“We sent out notifications to everyone, informing them they had to respond promptly and log in to their Exchange ­accounts,” he says. “We have a large ­number of consultants in the field and a few of them didn’t see the notice at first but were quickly brought up to speed.”

The difference between using POP mail and cloud services for e-mail is astounding, Crowl says.

“We still access our mail using Outlook, but now we can call up other users’ calen­dars, see when they’re free and ­instantly request a meeting,” he adds. “We can share ­contacts [within] the organization. We had e-mail distribution lists with our old system, but it was challenging keeping them updated. With the new system, we can see the most up-to-date version of any list. Getting BlackBerry services connected was big. Being able to have our CEO watch his ­contacts sync up seamlessly via the cloud, that was real joy for him.”

Which of the following features of Microsoft Office 365 do you consider the most important to your business?

Crowl says having e-mail hosted in the cloud also saves time and money for his tiny IT staff. “We no longer have the overhead of maintaining and housing the hardware nor procuring new server and user licenses — all the additional requirements attributed to running an Exchange server in house,” he says. “We don’t have to think about ­upgrading our Exchange environment ­every few years or worry about securing local and offsite backups. Even though storage costs have come down a lot over the years, it still adds up pretty quickly.”

Crowl says that moving toward an ­enterprise e-mail and scheduling system is a wise choice even for relatively small organizations, not just those global in size. “If the organization has more than 10 or 12 users, it should be on some kind of ­enterprise mail platform, even if it’s not ­Exchange,” he adds.

Migrating users to Office 365 is not as big a challenge as you might think it would be, Crowl says. “We spent a lot of time talking about how to do it efficiently without creating a headache for the end users. But it went so smoothly we started looking at what else from the Microsoft portfolio we could move in here. This is a great example of how ­Office 365 solved an everyday ­problem in a relatively big environment.” 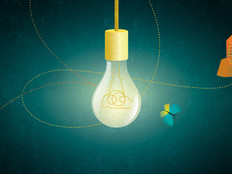 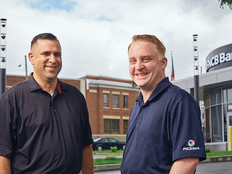