Grow Financial Federal Credit Union was in a jam.

During the fall of 2020, the Tampa, Fla.-based organization was planning its 2021 technology initiatives, including implementing virtual desktops for remote workers. Its hardware vendor had just been acquired by another company, however, and the new owner announced that in three years, it would end support for the credit union’s existing stack.

“We were at a crossroads because we were planning our projects and needed more infrastructure, and it didn’t make sense to put more money into the other solution,” says Ryan Jensen, Grow Financial’s assistant vice president of network services. “We decided it was an ideal time to jump into hyperconverged infrastructure.”

Hyperconverged infrastructure, which combines servers, ­storage, networking and virtualization into a small-footprint appliance, was a perfect fit for the credit union’s needs. Compared with a traditional three-tier network architecture, these unified systems — managed through a centralized software tool — are easier to deploy, manage and scale, and can result in cost savings.

As companies seek to modernize their infrastructure, the cloud has become the glamorous choice, with more companies making the transition away from on-premises technology. Still, many companies prefer to keep their applications and data in-house or are taking a hybrid approach.

These businesses may not be fully comfortable with the cloud or prefer to keep vital workloads on-premises for performance or security reasons. For many, HCI is an attractive option. 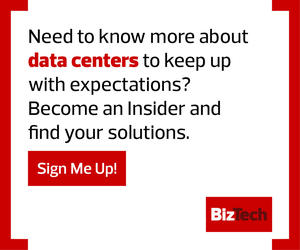 Companies adopt HCI for the same r­eason they adopt virtualization: operational simplicity and ease of use and management, says IDC analyst Ashish Nadkarni.

HCI is a good solution for 80 percent of general purpose applications, and because of that, small businesses can standardize on HCI for all their server and storage needs, he says. With HCI, IT departments don’t need separate server, storage and network administrators to provision computing, storage and network resources individually — which is a hassle and takes time, he says.

“If you are a small IT shop with limited resources, you can have one person do all of it,” Nadkarni says. “An HCI cluster can take care of all your workloads. You can have a single console to provision the resources, and you are up and running. HCI creates agility.”

Grow Financial, which has about 25 branches in South Carolina and Florida, initially considered HCI as a stand-alone environment to host its virtual desktop infrastructure. The credit union also plans to deploy a new document imaging and workflow management system and move its core banking application from a proprietary database to Microsoft SQL Server.

Because Grow Financial’s hardware vendor plans to phase out support for its equipment, it made sense for the organization to migrate all its x86 workloads to HCI, Jensen says. After researching options, Jensen and his team standardized on 12 Nutanix NX series HCI appliances and software because of their performance and affordability.

“We asked ourselves, ‘Can HCI fit our regular core compute needs as well?’ and it absolutely does,” Jensen says. “I’m not a fan of managing multiple vendors, so we got ourselves a unified system.”

The organization installed the new hardware in January 2021. Workers placed six appliances at the primary data center in Tampa and the other six at a secondary site for redundancy.

MORE: Trends that will guide infrastructure in 2022.

HCI Is Simple and Reliable

Overall, Jensen loves Nutanix’s ease of use and scalability. When he needs more server and storage resources, he can purchase new appliances and quickly configure them with Nutanix’s Prism management software. “When you add compute and storage together, overall performance grows with each node,” he says.

Jensen also likes Nutanix’s reliability. He replicates data between the two data centers using snapshots. With Nutanix’s one-click failover feature, he can recover data with a snapshot in just one click if a software patch goes awry, for example.

“That has been a lifesaver for us a few times,” he says. “Those snapshots are fast and efficient.”

With the new hardware in place, the credit union is pursuing new projects, including plans to fully deploy VDI by the middle of 2022. Because of the ongoing pandemic, most employees still work from home. The virtual desktops will provide users a better experience at home and in the office while reducing hardware costs and simplifying IT management, Jensen says.

“If there’s an issue with someone’s virtual desktop, we can provision a new one and they’re back to a good working image,” he says.

Grow Financial has also begun migrating its applications off the old hardware and onto the Nutanix hardware. Overall, Jensen and his team are impressed.

“Everything just runs and works ­better,” Jensen says. “We’ve been happy with it.”

We did some ­back-of-the-napkin math, and it turned out HCI was ­cheaper. You get the benefits of the traditional stack, but it’s ­simpler and easier.”

From the Core to the Edge

Milk Specialties Global initially planned to adopt HCI only for edge locations, but then it overhauled its data centers with the technology as well to bolster the company’s disaster recovery posture.

This past year, the company’s IT department needed to upgrade aging servers at its 11 manufacturing plants because downtime was becoming an issue, says Adam Lepp, Milk Specialties’ end-user compute manager.

Each plant used servers for IT needs, such as file servers and domain controllers. The company also used separate servers for operational technology, which runs the manufacturing process. Both sets of servers were aging, but the OT servers were beginning to crash, causing downtime.

The IT staff decided to consolidate the infrastructure with all new equipment.

It initially considered a traditional approach, with two servers and a s­torage-attached network, but HCI is more cost-effective and easier to set up and manage, Lepp says. Purchasing and managing SANs at each site was too complicated and too expensive. 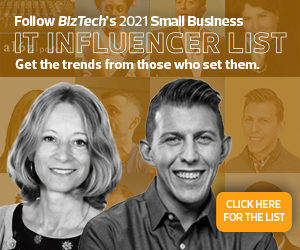 “We would have had to find resources for that, and we’re already a lean team,” Lepp says. “We did some back-of-the-napkin math, and it turned out HCI was cheaper. You get the benefits of the traditional stack, but it’s simpler and easier.”

Milk Specialties standardized on Nutanix HCI software and initially purchased a separate provider’s servers. Midway through the project, however, it switched to Nutanix NX series appliances because standardizing on one vendor for both the software and hardware makes it easier to troubleshoot, Lepp says.

During the project, the company decided to modernize its core data centers with HCI as well to bolster disaster recovery.

The company deployed HCI over eight months, from November 2020 to July 2021. The IT staff is currently migrating 100 virtual machines to the Nutanix AHV hypervisor. Overall, the new infrastructure is working well and is much easier to manage than the old system, Lepp says.

The IT staff gains visibility into the company’s clusters across all its sites and manages them through Nutanix’s Prism management tool. It used to take several hours to update the old cluster, but the IT team can now upgrade the Nutanix clusters’ firmware and hypervisor with one mouse click.

“It has a one-click upgrade button, and it’s taken care of,” Lepp says. “It works like a dream.” 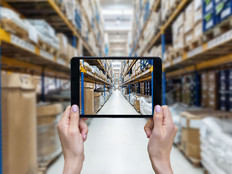 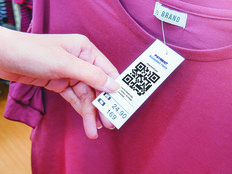