In the insurance business, the most critical moments are those immediately following a disaster. Customers who have been paying premiums for years count on their providers to be there for them and help them get back on their feet after a tornado, flood or hurricane. And so, for leaders at the Wisconsin-based insurance company Church Mutual, it was especially distressing to think that a natural disaster might wipe out their own company’s IT systems.

“We were having less-than-desirable results with our disaster recovery testing,” Craig Huss, Church Mutual’s assistant vice president and CISO, says of the company’s previous tape backup solution. “We were less than 50 percent successful in recovering data, and we were looking at 12 to 24 hours after a disaster just to get our tapes out of the library and get them shipped to a recovery center.”

The solution was slow and unreliable. And the tapes were backed up only once per day, meaning that they were often missing up to 12 hours of the company’s data. “In all, it was going to take up to four days us to get our company back up and running after a disaster,” Huss says. “We needed something with a lot more reliability and speed.”

Church Mutual wanted a solution that would replicate data to a secondary site in real time, but Huss knew that developing and testing such a solution would require extensive planning, expertise and manpower. So, the company deployed a Disaster Recovery as a Service engagement with CDW that would ensure business continuity during and after a disaster, while also reducing responsibilities of the IT staff.

“The era where we talk about ‘backups’ is slowly but surely disappearing,” Berman says. “People talk about backups, but I look at data loss. It’s important to have clearly delineated objectives. What’s really important are things like customer satisfaction and regulatory compliance. If you use that as a guideline, you don’t get caught up in the technology. You get caught up in the business. And that has to be the focus.”

MORE FROM BIZTECH: Check out how the XaaS movement could help businesses strategize, cut costs and improve security.

Church Mutual purchased the IBM Storwize V7000 storage area network for its primary data center and procured space at a colocation facility about 170 miles from the company’s headquarters. It then worked with CDW to replicate data from the primary site to the backup site in nearly real time.

While our recovery time objective is 12 hours, we’d only potentially lose about an hour’s worth of data or less if we lost the primary data center. We’re as close to real-time as we can be for having that information stored in two spots.”

“When we make a change to the data here, that block of data gets replicated to the secondary site, and is backed up almost instantaneously throughout the day,” says Huss. “While our recovery time objective is 12 hours, we’d only potentially lose about an hour’s worth of data or less if we lost the primary data center. We’re as close to real-time as we can be for having that information stored in two spots.”

Milhaus, an Indianapolis-based mixed-use developer and owner-operator, turned to a DRaaS solution after company leaders decided that file-level cloud backups were insufficient. “We had all the data backed up, and we had snapshots of our servers, but if something happened that took out a server itself, then we were dead in the water,” says Steve Werner, director of technology for Milhaus. “We would basically have to rebuild the server from scratch, and that would take a day or two of dedicated work.”

MORE FROM BIZTECH: How to choose the right data center storage solution.

With DRaaS, Data Recovery Is Only Minutes Away

As part of the DRaaS solution, Milhaus uses Zerto software to replicate the company’s environment to a data center in Michigan. Now, says Werner, should the company be faced with a disaster, “we’re literally able to stand up those servers within minutes.”

The portion of ­organizations that have experienced an IT downtime ­incident or severe service degradation in the past year.

Several years ago, IT leaders at New Jersey-based Suburban Propane grew frustrated with its disaster recovery solution. The company and the provider had similar data center hardware, but it was not identical — and that created complications. “We struggled tremendously,” says Ron Traub, Suburban Propane’s senior manager of IS operations. “Once the systems were up, configurations might not match the hardware. I don’t remember having a single test that was 100 percent successful.”

The company expanded virtualization inside its data center and switched to a DRaaS partner that utilizes software from Zerto and Veeam for replication to a colocation center. “All of our production services are already there and replicated,” says Tom Chorba, senior manager for technology services. “It’s just a matter of spinning them up. ”

Milhaus got a chance to put its DRaaS solution into action when lightning struck a large cellular antenna next to its headquarters. The current jumped to the company’s ground wire, destroying network switches and a firewall. Werner called the company’s DRaaS partner, who failed over the company’s phone system; Milhaus restored network services without a failover by replacing the switches.

“The phone infrastructure is the lifeblood of what we do, and that service would have been difficult to restore” before the DRaaS engagement, Werner says. “Everything worked as we had planned, and our first DR test was probably only four or five months before that.”

For Church Mutual, one of the big draws of DRaaS was that CDW manages the testing of the solution — as well as actual disaster recovery, if needed — freeing up the company’s IT staff for other projects.

“Even testing can have a pretty big impact to your IT team,” says Huss. “They’re not working on projects that add business value when they’re working on DR.”

But the largest benefit is the knowledge that the company’s business will continue even if its data center goes down. “The primary driver behind this is that we can be there for our policyholders when they need to make a claim,” Huss says. “We needed to put ourselves in a position where we wouldn’t be impacted when our customers needed us in the time of a disaster. That’s why we made the investment we did.” 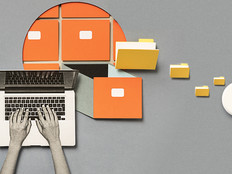