The holiday shopping season has arrived, and it finds retailers grappling with the issue of “serial returners” — people who habitually return a high percentage of items.

A study to be released later this week and commissioned by Fit3D found that 50 percent of those surveyed say they anticipate returning clothes they ordered online this holiday shopping season. And more than 33 percent of shoppers say they bought more than one size of an item, just to make sure they got the right size.

During the course of 2018, high-profile retailers such as Amazon have cracked down on serial returners, even banning them from the site in some cases. According to RetailWire, Amazon is not the only retailer that has sought to stop serial returners. Earlier this year, L.L. Bean rolled back its lifetime guarantee on the products it sells, and now gives customers one year to return purchases with a receipt.

How pervasive is the problem of serial returners? A recent report by the omnichannel retail management firm Brightpearl found that some 61 percent of U.S. retailers say they would ban serial returners permanently, while fewer than one-quarter are not inclined to ban them.

The Brightpearl study also found that 20 percent of respondents aged 18 to 24 say that they would never shop with a retailer that imposed such a penalty. But deficiencies in assessing serial returns, a lack of transparency about return policies and return tracking and consumer expectations about electronic commerce are confounding the ability of retailers to fashion effective strategies, according to the Brightpearl report.

MORE FROM BIZTECH: Find out if the death of the cash register is upon us!

How Retailers Can Turn Serial Returners into an Opportunity

Scherwin says IBM has been working with retailers to identify whether the serial returners are actually potentially profitable customers.

“What we try to determine is the customer’s overall value and if they are an advocate for the brand,” Scherwin explains. “Very often, if they order 10 items and return eight, they are still good customers overall. The idea is that, as long as they are profitable customers, then dealing with the returns is a cost of doing business.”

Scherwin says that with a high-end customer in Europe, IBM uses Watson to identify whether the dresses or suits they may order to their hotel room are available, and whether there’s a high probability that the customer will return the items.

IBM also works with retailers on what’s known as “reverse logistics.” If a shopper returns a winter coat in the Atlanta region, for example, Watson can determine based on the time of year and geography if the coat has a high probability of being resold in the Midwest or New England. 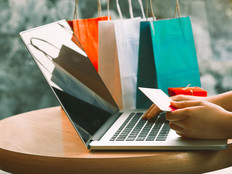 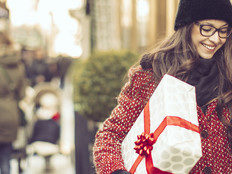 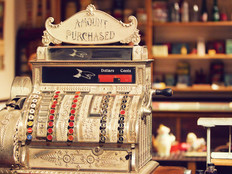