Although thousands of spectators tuned in to watch Justify win the 2018 Triple Crown, horse racing still must do more to attract a new generation of fans.

Even though American Pharoah won horse racing’s Triple Crown in 2015, and Justify achieved the same feat this year, horse racing isn’t what it used to be.

Before the NFL skyrocketed in popularity, before the advent of the internet and the smartphone, horse racing captured Americans’ attention and imagination, especially in the 1970s, when three horses won the Kentucky Derby, Preakness and Belmont to complete the Triple Crown: Secretariat (1973), Seattle Slew (1977) and Affirmed (1978).

Horse racing and technology experts from Intel and Microsoft say that the sport needs to embrace tech to attract a younger fan base. The sport has been slower than others in moving into the digital age, but it is starting to with more ways to experience the big races via mobile applications and virtual reality.

However, more needs to be done, these experts say. They point to augmented and virtual reality and blockchain as technologies that could help modernize the sport and make it more engaging for fans that have grown up immersed in digital technology.

“The thing that we’re really losing is our fan base,” says Pat Day, an American jockey and horse racing legend who rode Lil E. Tee to a surprise victory in the 1992 Kentucky Derby and who ranks fourth on the all-time win list in the sport.

“Years ago, horse racing was the only game in town. We opened the doors and people came. And when the competition for the entertainment dollar started popping up out there, we didn’t take it seriously,” says Day. The sport’s leaders assumed patrons would keep coming to and watching horse races because it was a great product.

But they haven’t come back. Day says he thinks technologies like AR are potentially a “great way to introduce new fans and get them enthused about the sport. I think there’s a lot of possibility for that.”

VR and AR Can Enhance the Horse Racing Fan’s Experience

While many spectators still watch horse races with binoculars, technology has the potential to change how fans experience races.

Advanced technologies like augmented and virtual reality have the potential to “transform not just the audience experience but also widen the types of audiences that the technology can reach,” says Andrew Moore, general manager of the digital transformation office at Intel.

While VR produces a computer-generated reality that users can interact with (usually via a headset), augmented reality brings digital information into a user’s field of view, overlaid onto the real world, which they usually observe through the camera on a smartphone or tablet.

All sports organizations, businesses or clubs can benefit from such technologies, Moore contends, and not just because it gives fans a unique experience, but it allows the organizations to monetize it.

“There’s a huge business opportunity behind that, because the clubs and businesses that leverage that type of technology can reach existing customers in very new and innovative ways, and grow the business because they are going to be spending a lot more money on the things you are there to bill and promote,” he says.

“But,” Moore continues, “it also allows you to reach completely new audiences through the use of technology and bring a whole new set of demographics into the sporting world that you would never have access to before.”

NBC dipped its toe in the water with support for VR in the 2016 Kentucky Derby. Moore notes that VR headsets could allow fans to feel what it is like to be a jockey on a horse in the Derby, charging around the track, surrounded by other horses, feeling the pulse of the race unfolding. “For a lot of people, I say something like that, and they think it’s a bit fanciful,” Moore says. “But it’s really not.”

Chris Carper, director of customer success at Microsoft, says that he expects horse racing organizations to use more VR and AR experiences to draw people to tracks and tie it to mobile platforms as well. Fans at home with VR headsets will likely be able to experience racing in VR, and there may be VR experiences fans can only get at tracks, he says. 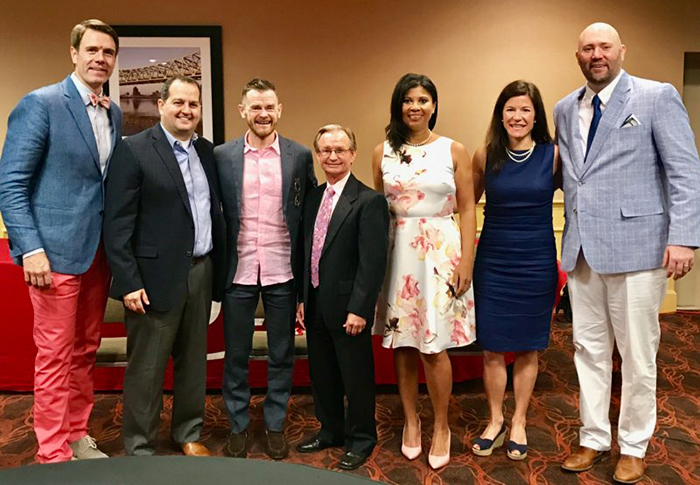 AR has the potential to enhance the viewing experience, Carper says, with applications giving fans information they would not see on normal broadcasts of the race, such as the horses’ speeds and heart rates or the distances they have raced.

AR can help trainers and others who work with the horses, for example, by giving them digital information about how to wrap a horse’s ankles during training or before races, Carper says.

Watching horse races is also a social experience, Carper notes, with time in between races for fans to mingle and talk about the horses. Applications could provide facts, trivia and information via VR or AR for fans, he says, even if they are throwing a race-watching party at home.

“If you look at the nature of how fans interact with sports, on both the wagering and non-wagering side, it’s about the experience,” Carper says.

Horse Race Betting May Get an Update via Blockchain

Another piece of technology that can bring horse racing into the modern age is blockchain. The distributed ledger technology creates a temper-proof way to exchange assets, since all members of the blockchain network need to confirm a transaction before it is approved and stored on the blockchain.

Blockchain could potentially reshape betting on horse races and other aspects of the sport, Moore and Carper say. The online gambling market is estimated to be about $60 billion this year and $80 billion in 2020, according to Moore, but only 5 percent of that uses cryptocurrencies like bitcoin, which blockchain enables.

Moore expects that to change. “The use of blockchain and cryptocurrencies is going to be leveraged by creating interesting routes to market and business models,” he says. Blockchain can enable the growth of cross-border betting on races and will start to address the issues of trust and safety in online gambling, he says.

One business model Moore sees is where 100 percent of the money bet on a race is returned to the bettors, and the track or bookies make money on the growth of the cryptocurrency being used to place the bets. Such business models are still emerging, Moore acknowledges, but such approaches could create disruption and new opportunities for those willing to try new models.

Blockchain can be used to secure bets and ensure that when a track settles out the day’s races that all of the transactions are verified, Carper says. The technology could also be used for record-keeping, for example, to ensure accurate records about which drugs and treatments are given to horses.

How to Think About Digital Transformation in Horse Racing

All organizations that want to undertake digital transformation need to focus on their customers, products, operations and employees, Carper says.

A key factor in horse racing that can inhibit innovation is that, unlike most sports, there is not a single commissioner who can dictate changes across the sport, Day says. Each state has its own regulations, which creates a fractured environment. There are some tracks and racing organizations that are more “visionary” and taking a lead on technology adoption. Yet Day says horse racing “got off the block slow” when it comes to innovation.

Horse racing’s leaders should approach new technologies “with an open mind,” Day says. “We need to look at all avenues.”