In the years since Apple introduced Siri in a 2011 iPhone release, voice-activated digital assistants have popped up in a variety of consumer devices, including Amazon’s smart speaker-enabled Alexa; Microsoft’s Cortana; and Bixby, introduced last summer in Samsung’s Galaxy S8 and S8+ phones.

Now, with last year’s release of Alexa for Business, tools that use natural language processing to identify and carry out commands are starting to trickle into a new setting: the enterprise market.

Adam Wright, senior research analyst at IDC, says, “It’s in its early days, but a number of use cases are emerging for smart assistants in the workplace, ranging from managing schedules and to-do lists to assistance with conference calls, locating information in databases, managing meeting rooms, obtaining directions, submitting help tickets to the IT department and more.”

Smart Speakers Save Time for Employees

One early adopter is office space provider WeWork, which allows members at some locations to reserve conference rooms using Alexa for Business. Capital One bank has built apps that IT employees use for quick system status checks.

“There could be a sense of helping well-being in the office — saving time allows me to focus on higher-level things, not on minutiae,” Labutov, whose research has involved digital assistants, says. “That’s harder to measure a return on, but if your employees use a platform that makes work easier and makes them happier, it’s delivering genuine value.”

Why AI Assistants May Face Hurdles in the Office

Voice-controlled assistants can be impeded by (and can also contribute to) the ambient noise in an open office. “Noise can be an inhibiting factor,” Wright says, “which can make it challenging to communicate with a voice-enabled platform.”

Security represents another big concern. Most digital assistants retain information before and after they hear their “wake up” words, says Mitch Lieberman, analyst and program manager for conversational intelligence at Opus Research: “If everybody is using the same interface, anyone could walk into the office and say, ‘What are the sales figures for last quarter?’ These are completely solvable problems; they just need to be thought through.”

Assuming they are, with the technology’s ever-increasing popularity, experts such as Wright expect digital assistants to become ubiquitous in professional settings within the next 10 years.

“They may not be used across an entire organization, but the majority of businesses will likely implement them in at least some departments or functional areas,” Wright says. “As consumers interact with these platforms at home or in the car, they’ll become more comfortable using them, and in many cases, actually come to expect them at work. Use has been increasing, especially in the past 12 months, but there’s a long way to go.” 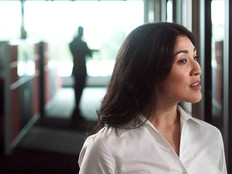