They are showing up not just on smartphones but in homes now, too: artificially intelligent assistants like Amazon’s Alexa, Microsoft’s Cortana, Apple’s Siri and Google Home. Is the office next?

The Amazon Echo and Google’s similar Home are the voice-activated products most poised to make inroads, as these intelligent speakers are already popping up in users’ kitchens and home offices.

There are clear business use cases for such products, but also obvious limitations and differences between home environments and office settings. For example, AI assistants may be good at taking notes, but the voice recognition software that is a key component of them is not yet sophisticated enough to differentiate among multiple users in an office.

How are workers already using such AI assistants? As The Wall Street Journal recently reported, employees at workflow-management startup Goodwinds Inc. in New York City are taking advantage of the Amazon Echo. The device is attached to the office ceiling and is being used to add events to calendars and set reminders for meetings, Goodwinds CEO Vinay Patankar told the Journal.

Voice-controlled assistants could send documents to colleagues, record meetings in a searchable file and also help with customer service tasks.

According to a 2016 survey of workers’ attitudes toward technology conducted by Dell, Intel and consultants Penn Schoen Berland, the Journal reports that “30 percent of employees around the world chose ‘digital helper’ as the potential use of artificial intelligence that they would be most excited about in their jobs.”

Meanwhile, according to a December 2016 survey of 566 IT professionals from online IT community Spiceworks, only 3 percent of IT pros said they have deployed AI in their organization today. Adoption in the next five years or so is estimated around 25 percent. However, once respondents were prompted with more specific AI examples like intelligent digital assistants (e.g., Microsoft’s Cortana and Amazon’s Alexa), 19 percent of IT pros reported using these tools in their organization and another 46 percent indicated they’re planning to use them. Fully 52 percent currently use Apple’s Siri, 45 percent use Cortana and 34 percent use Google Now.

Why are IT pros using such AI assistants? Some of the benefits includes increased efficiency/productivity (45 percent), less typing because of dictation capabilities (42 percent), and improved analytics (34 percent). Other benefits that stood out were the ability to automate IT help desk tickets (32 percent) and customer transactions (29 percent), as well as improved customer service (27 percent).

Hurdles to Adoption of AI Assistants

Despite these use cases and the excitement around AI assistants in the workplace, there are limitations that could hinder adoption.

One of those is the accuracy of the voice recognition software. Omar Tawakol, CEO of Workfit, a startup that is developing an office assistant and meeting facilitator it calls Eva, tells the Journal that the costs of inaccurate recognition of a command or dictation are much higher for businesses than they are at home. There’s a clear difference between playing the wrong song and telling a client incorrect figures.

Another limitation, the Journal notes, is that intelligent assistants are not yet familiar with complex and jargon-filled business vocabulary.

Additionally, such devices may not be able to differentiate between different users with different needs. Getting multiple devices for an office where employees work closely together could cause confusion and a lot of loud chatter.

Yet another concern is that such AI assistants, which are always listening, could be hacked and turned into eavesdropping devices. Or, employees could just be turned off by the notion that they are always being overheard and recorded. Indeed, 85 percent of IT pros told Spiceworks that “it’s important to involve IT before adopting easily accessible AI like intelligent assistants.” 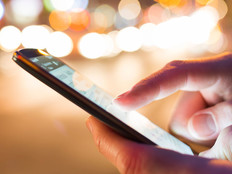