These days, Microsoft is defined as much by its work in the cloud as it is by its Windows software, and the company has heavily invested in its Azure cloud platform.

In September, the company announced that the on-premises version of Azure Stack was available. Azure Stack is a hybrid cloud platform that delivers Azure services from within a business’s own data center. Since then, the company has continued to unveil enhancements to Azure.

Azure allows organizations to quickly build, deploy, scale and manage servers, services and applications across Microsoft’s global cloud network. However, as Drew Shanahan, practice architect for software at CDW, explains in an “IT Roadshow” video, Azure can be “pretty intimidating” for IT teams to deploy.

“It’s not as straightforward as Office 365 so a lot of people don’t truly understand how to really get started,” he says.

Typically, IT teams will get started with Infrastructure as a Service deployments, as they move their on-premises servers to the cloud. Then, Shanahan notes, they can start using Platform as a Service, data services, Backup as a Service, disaster recovery and more through Azure.

Here are four tips for IT teams to follow as they consider Azure migrations:

If an IT leader goes into a potential move to Azure assuming that it’s going to cut costs, “that’s probably not the right set of motivations” for moving to the cloud, according to Shanahan.

“How do you want to use the cloud, and really, where is that going to play into your IT strategy?” he says. “So, bottom line, you want to be setting the right expectations.”

2. Find and Define Connections Between Applications

The next step for an IT team is to take a look at the organization’s applications and understand app dependencies — how they are connected to servers and to each other.

“You need to understand what data is moving in between your servers and what dependencies they have and how much bandwidth they take up,” Shanahan says.

That’s because once an organization moves a server to Azure, it may still rely on another server in an on-premises data center. For example, with a payroll system, an organization may have to move data from a back-end server into a front-end server that’s in Azure. That traffic is going to have to go across the organization’s internet connection, “which may take a lot longer, and it may not run as quickly as it did in the past, and it may cost more,” Shanahan says.

That’s why understanding dependencies is critical. It helps organizations define how their applications will run following an Azure migration and how much they will cost to run.

Next, Shanahan advises, organizations need to get a handle on the performance requirements for their servers, including how much computing, storage and networking resources they are consuming.

Often, many servers sit idle in data centers, taking up space cooling and power resources. Those are the best candidates to move to Azure, Shanahan says, “because they can cost you less by using less resources.” Organizations can then look at performance utilization to understand what it will cost to run servers in Azure compared to running them in the data center.

“Once you understand your performance requirements, you need to do a risk assessment,” Shanahan adds. “What applications are running in Azure? Are they going to be performing the same way that they were running on-premises, and is that acceptable?”

4. Track Costs and Cloud Usage Once Azure Is Live

After organizations move to Azure, they need to manage expenses and costs, Shanahan says.

“Once you have servers running up in Azure, they’re using CPU, they’re running discs, they’re running network utilization,” he says. “So, you really need to scrutinize all of those things because those all cost you money.”

Those costs “can get out of hand,” Shanahan says, because many of the servers that are now in Azure “were previously running virtualized onsite, where you didn't see the day-to-day costs.”

With Azure, IT administrators can see what the organization is spending “minute by minute,” he adds.

“You need to keep track of what resources your servers and your applications are using, because Azure will actually show you minute by minute what you’re using and how much it’s costing you,” Shanahan says. “But the advantage is you have better insight into your costs, so you can make adjustments, you can make changes as needed.”

For more on how CDW can help you future-proof your organization’s IT environments, check out CDW.com/ITRS. 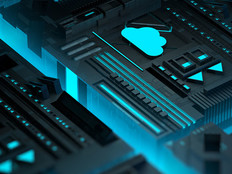 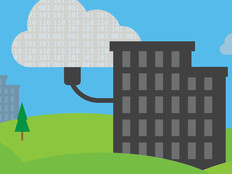