Different workloads and applications fit best in various environments. Some apps require the speed and security that a private cloud provides. Other workloads fit an organization’s requirements best when delivered by a public cloud, which can scale easily and offer budget stability. The challenge for many IT organizations is connecting these environments to an easily managed hybrid cloud, said Antonio Neri, president of Hewlett Packard Enterprise.

Software is essential to making this connection, said Neri. Intelligence and management features, including artificial intelligence, deliver the capabilities to simplify the hybrid cloud.

Speaking during a presentation at the CDW National Summit in Chicago, Neri explained that the goal of IT should be to improve business outcomes. HPE, he said, takes a three-pronged approach to achieving this objective.

HPE is changing the way it approaches IT to focus on simplification, improved execution and innovation, Neri said. The goal of innovation influences various products HPE is creating for data centers, including hyperconverged infrastructure solutions, all-flash storage arrays and software-defined data center components.

Having the ability to manage disparate components through a “single pane of glass” is a primary objective. To reach this goal, HPE has developed what it calls “composable infrastructure,” a software-defined solution that virtualizes the entire IT infrastructure. The software-defined nature of the infrastructure reduces physical computing, storage and network elements to IT services, and enables IT staff to manage it via a single application.

Neri said HPE aims to further enable innovation by developing a memory-centric computing architecture, which achieves performance and efficiency gains by focusing on memory — rather than processing — at the center of the computing platform. “We think the future is going to be about memory-centric compute,” he said.

Security remains another major challenge for IT vendors. Neri warned that 86 percent of security threats occur at the edge, which takes advantage of vulnerabilities that can be left exposed by strategies that focus on the network perimeter. HPE has developed what it calls a “silicon root of trust” to address these threats to its servers. This strategy establishes a link between a server’s chip and its firmware that prevents the server from booting up if its firmware does not match the fingerprint required by the chip. This reduces the threat of attacks that target firmware and enables the automatic recovery of compromised firmware.

“Our goal is to actually build security within the core,” Neri said. 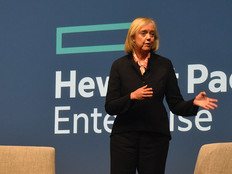 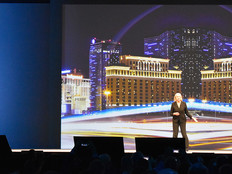