Today, it’s basically impossible to disassociate Microsoft from the idea of the personal computer, especially given the dominance of its Windows operating system. However, before Windows arrived on the scene, there was another operating system that powered PCs around the world: Microsoft’s Disk Operating System, better known as MS-DOS.

When MS-DOS was released in 1981, it was by no means certain that Microsoft would go on to become the tech giant it is today. But over the course of the 1980s, via Microsoft’s business maneuvering and its tight relationship with IBM, MS-DOS became the leading computer operating system.

It was eventually supplanted in the 1990s by Microsoft’s own software, with successive Windows releases that used GUI becoming more popular with users. However, during the 1980s, MS-DOS was king in the business PC world. 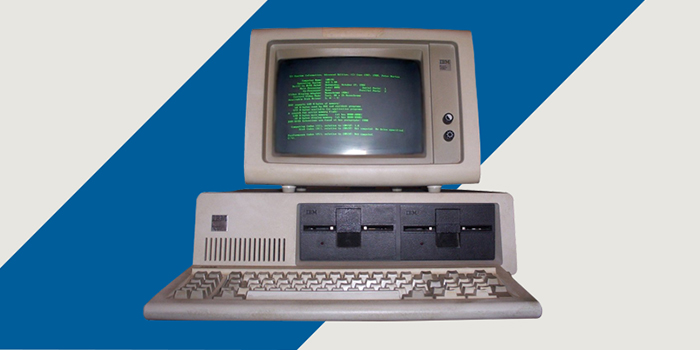 By the end of the 1970s, there were several rudimentary operating systems for PCs that used microprocessors, the most sophisticated of which was Digital Research’s CP/M, developed for machines running Intel’s 8008 processor, according to the Encyclopedia of Computer Science and Technology, by Harry Henderson.

IBM had contracted with Microsoft to provide a BASIC interpreter for its PC, the online Computer History Museum notes. Microsoft also had a deal with Digital Research to license CP/M, but it was designed for 8-bit microprocessors, which were already becoming outdated, according to Profiles in Audacity: Great Decisions and How They Were Made, by Alan Axelrod. In 1980, Microsoft co-founder Bill Gates encouraged IBM to base its next PC on a 16-bit chipset, the 8086, Axelrod notes, but the problem was that Digital Research’s operating system for that chipset, CP/M-86, was progressing slowly.

The companies signed a deal in December 1980 for Microsoft to license for a flat fee of $25,000, according to the Computer History Museum, though SCP did not know Microsoft was working with IBM. “By the next summer they recognized the importance of owning it and being able to license it to other companies making IBM-PC clones, so they purchased all rights for an additional $50,000,” the museum’s website adds.

“SCP later sued Microsoft, claiming that they had concealed its relationship with IBM in order to purchase the operating system cheaply,” the Computer History Museum says, noting that SCP ultimately settled out of court for almost $1 million.

When it was released in August 1981 with the IBM PC, the operating system was called PC-DOS (version 1.0).

However, as Henderson says, Microsoft did not sell IBM an exclusive license to the operating system. Microsoft’s agreement with IBM prohibited IBM from licensing DOS, but placed no restrictions on Microsoft, Rochelle Ruffer and Don Waldman note in Market Dominance: How Firms Gain, Hold, or Lose It and the Impact on Economic Performance, edited by David Ira Rosenbaum.

WHEN Was MS-DOS Introduced? 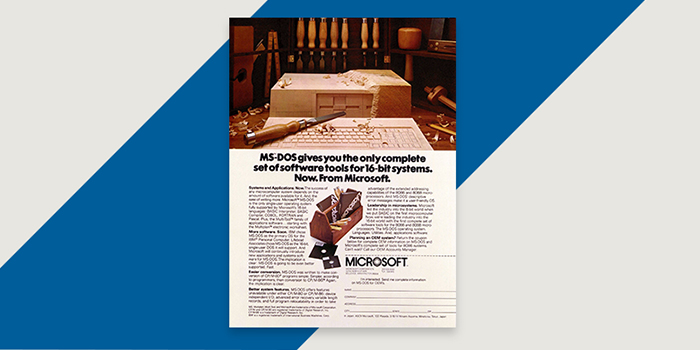 Those contract stipulations enabled Microsoft to license the operating system generically as “MS-DOS” to “clone” PC manufacturers, according to Ruffer and Waldman, and Henderson. Axelrod notes that in the months that followed Microsoft’s deal with IBM, other PC manufacturers, especially those from Japan, approached Gates about using DOS. Thanks to the terms of the deal, Microsoft was free to sublicense DOS to them as MS-DOS.

“As the PC market boomed, this provided Microsoft with a large revenue stream, and the company never looked back,” Henderson says.

What made DOS unique? Although there were many similarities between CP/M and MS-DOS, and Paterson’s operating system used similar commands and some of the same programming interfaces, it used “different internal implementation and used different file storage formats,” the museum notes.

As Henderson says, MS-DOS had a “clean” design that separated the operating system into three distinct parts. One was a hardware-independent I/O system, which processes requests from programs for access to disk files or to other devices such as the screen. The routines needed to actually communicate with the device were stored in a separate file, written by each computer maker. And, finally, the command processor displays the iconic “C:>” prompt and waits for users to type commands.

“MS-DOS was basically a file manager and a simple program loader,” the museum notes. “The user interface was text commands typed on a keyboard, followed by text responses displayed on the screen. There was no graphical output, and no mouse for input.”

MS-DOS also featured the ability to load a program into memory and keep available even when other programs are in use, according to Henderson. That enabled application developers to create utilities such as notepads, calendars or shortcuts that users could access through special key commands.

Microsoft battled Digital Research’s CP/M-based operating systems for the next few years, but as Ruffer and Waldman note, Microsoft was the leading producer of computer languages and had control over which operating systems would work well with those languages. “Microsoft was slow to deliver versions of its languages compatible with CP/M-86, and when it did, they were priced 50 percent higher than the versions compatible with MS-DOS,” Ruffer and Waldman note. BASIC for CP/M-86 was also stripped of graphics, making it difficult for developers to create software for operating systems other than MS-DOS.

WHY Did MS-DOS Die Off? 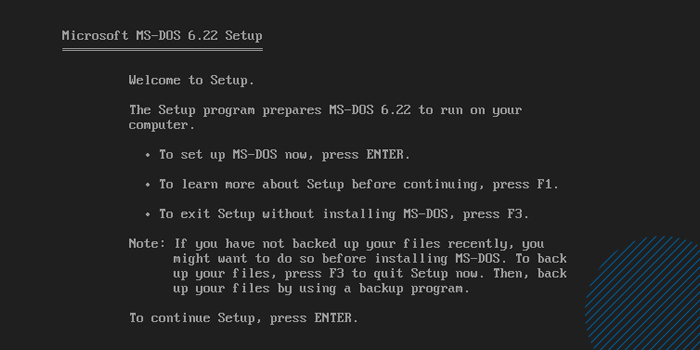 Microsoft made continual improvements to MS-DOS throughout the 1980s. “Despite its primitive facilities, for fifteen years DOS was the bedrock upon which thousands of application programs running on millions of IBM PCs and PC clones depended,” the Computer History Museum notes.

However, Microsoft’s introduction of Windows 3.0 in 1990 with its graphical user interface started to diminish MS-DOS’s luster, something that continued with the 1992 release of Windows 3.1.

By 1993, Microsoft had sold 100 million copies of MS-DOS and 25 million of Windows, according to Ruffer and Waldman. 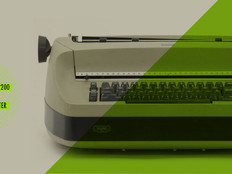