The 2017 NFL season kicks off Sept. 7, but NFL referees are already hard at work — training in virtual reality.

The league is partnering with VR training and content company STRIVR to better prepare officials for live-game scenarios. The NFL confirmed to BizTech in December 2016 that it was in the early phases of developing VR training materials for referees.

The NFL has been working with STRIVR for the past nine months, “mostly through the NFL’s Officiating Development Programs, an NFL program targeted at collegiate officials looking to move up into the professional ranks and identified as high potential by the NFL and start the transition process,” reports SportTechie, citing STRIVR founder Derek Belch.

Refs Get a New Level of Training

It makes sense that the NFL would partner with STRIVR to help train refs. The company already works with at least six NFL teams to train players via virtual drills, including the Dallas Cowboys and San Francisco 49ers, according to a Recode report.

STRIVR received investment from the NFL’s equity arm in June, SportTechie notes. The company has been steadily increasing its involvement in the league over the past several years.

According to SportTechie, STRIVR tested the platform with the NFL in the last few months of the 2016 season and worked with the NFL and officials to iron out the kinks and meet refs’ training needs. The program developed into a full-scale plan following the Super Bowl in February. The goal is to help refs, who have limited time on the field, get into more mental repetitions of game-day scenarios and allow them to make virtual calls as they would in the stadium.

“Refs are under a huge microscope and with replay, if they get something wrong, it’s seen,” Belch tells SportTechie. “This is how we take officiating to the next level and addressing some of the same issues players have.”

Previously, the NFL relied on video to train officials during Officiating Development Programs. When officials put on headsets with the STRIVR platform, they’re given a 360-degree first-person view of what they would see as [if] they were standing in their assigned position on the field. The experience provides live, full-speed play, as if they’re actually there during the game making high-pressure calls.

The VR training program not only helps officials make the right calls on specific plays, but it also trains refs how to communicate with their colleagues during noisy game-day scenarios, Belch says. And it helps refs figure out their roles and responsibilities in various situations during a game.

Officials who have used the platform to train have delivered “overwhelmingly positive” feedback, SportTechie reports, especially younger officials who have been envisioning, with STRIVR, how the VR tech might improve.

STRIVR is in discussions with “a couple of the other big leagues” about potentially expanding its VR training programs to their players and officials, according to Belch, though he wouldn’t say which leagues or discuss how far along those conversations are. The goal, he says, is to expand STRIVR’s technology across “all the professional leagues” in the coming years. 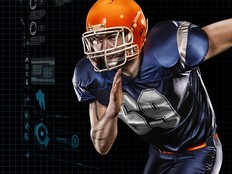 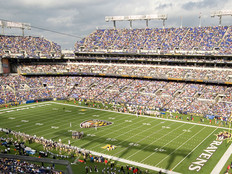 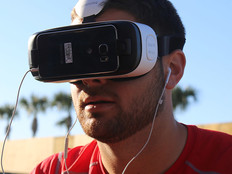