AGCO workers use Glass to see assembly instructions, make reports and get remote video support, according to Google.

Although Google halted consumer sales of its Glass augmented reality wearable in early 2015 following a poor customer reception, the company never gave up on the technology, and two years ago it quietly started distributing them to business users, as The Wall Street Journal reports. Now, that new version of Glass, which the search giant calls the Glass Enterprise Edition, appears ready for prime time.

In a blog post, Jay Kothari, Google’s project lead for Glass, says the company is aiming the Enterprise Edition at workers in manufacturing, logistics, field services and healthcare, because they “find it useful to consult a wearable device for information and other resources while their hands are busy.” Google has spent the past two “years working closely with a network of more than 30 expert partners to build customized software and business solutions for Glass for people in these fields,” he says.

Today, after field trials, mechanics at GE Aviation are using Glass with customized software from Upskill, which, Kothari says, “shows them instructions with videos, animations and images right in their line of sight so they don’t have to stop work to check their binders or computer to know what to do next.”

There are currently more than 50 businesses, including AGCO, DHL, Dignity Health, NSF International, Sutter Health, The Boeing Company and Volkswagen, that are using the Enterprise Edition of Glass. Google says it is now making the new version available to more businesses through its network of partners.

What’s different in terms of the hardware? The Verge reports:

The major upgrades between the original Glass and the enterprise version are a better camera (with resolution upgraded from 5 megapixels to 8), extended battery life, faster Wi-Fi and processor, and a new red light that turns on when recording video. The electronics of Glass have also been made modular in the shape of a so-called Glass Pod, which can be detached and reattached to Glass-compatible frames, which can include things like safety goggles and prescription glasses.

Although the previous version of Glass cost $1,500, Google says “the price of the new product will vary based on the needed software customization, customer support and training” of customers, the Journal reports.

So far, according to a lengthy Wired report on the new version, sales have been limited to several hundred units. But Google says that this is no mere pilot project. “This isn't an experiment,” Kothari told Wired. “It was an experiment three years ago. Now we are in full-on production with our customers and with our partners.”

Astro Teller, who runs Google parent Alphabet’s experimental X division, says the company is not going to dictate how this will play out. “We’ll focus on the places that are actually getting value out of that and go through the journey with them, being open-minded about where it's going to go,” he told Wired. 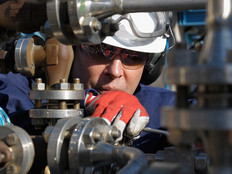 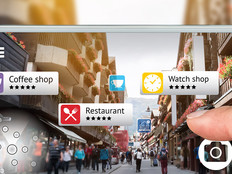