The workday for office workers is standard: a 9-to-5 schedule, sitting at a desk in a cubicle or an office, with slight variations on the time spent and physical space. However, technology is changing — or promising to change — the way users interact with their physical office space and how they go about their working hours.

From smart lighting and cooling systems that are a part of the Internet of Things to connected and intelligent camera systems designed to more closely monitor workers, the modern office, and the office of the future, is being reshaped by IT in ways large and small.

The Pieces of the Smart Office

Late last month, Ikea announced its entrance into the home automation market with the introduction of its own system for smart lighting.

The Verge reports, “The new range of products is called Trådfri — which means ‘wireless’ in Swedish — and is built around the ZigBee Light Link standard for connected lights (the same as Philips Hue).”

The system is built around a gateway device that connects to the internet via an Ethernet connection and creates a local Trådfri network to connect nearby lightbulbs. A kit with the internet gateway, a remote and two Trådfri bulbs costs just $80. Although designed for use in homes, it’s easy to see how small businesses that want to cut down on energy costs or provide different lighting levels or moods for parts of the office might want to buy the kit.

IoT sensors can also be used to control thermostats, HVAC, security and other building systems to reduce energy costs and create personalized environments for workers.

Meanwhile, in late March, Comcast Business announced its SmartOffice video surveillance offering, which the cable and internet giant plans to roll out across “70 percent of our national [internet] service footprint,” Christian Nascimento, executive director of premise services for the Comcast division, told The Philadelphia Inquirer.

The service starts at $29.95 per month and includes high-definition video surveillance cameras capable of 20x zoom, night vision, motion detection and wide views. Users can also remotely watch live or recorded video on any device at any time via mobile application and monitor multiple locations from smartphones or tablets with a single sign-on.

As the Inquirer reports:

Comcast didn't develop the surveillance technology powering SmartOffice. Instead, it partnered with Montreal-based Genetec, a 20-year veteran in the category, which puts together systems and software and manages the traffic stored on the Microsoft Azure cloud platform. Using high definition (720p) but relatively slow scanning (5 frames per second) cameras that have an unusually wide-angle (180 degree) view and low-light capability, local and distant customers can simultaneously see a full-room perspective and a zoomed-in section of the same image. Or, if they have multiple cameras installed, observe a split-screen and/or ‘film strip.’

In terms of cloud storage, the Inquirer notes that “Basic SmartOffice service stores the video images in the cloud for seven days; upgraded service holds the views for a month. During that time, customers can search for questionable incidents by day and hour, download and save highlights to a 1GB storage vault, or move the incriminating evidence to their own computers.”

What Does New Technology Mean for Office Life?

How will these technologies impact businesses? For one, they could make the office and business more efficient. As CIO reports, sensors in offices “could track what conference rooms are used the most and let management know whether it may be more productive to use a less used room for another function.”

Smart office technologies pose security vulnerabilities — they can be hacked like other IoT devices — but they can also enhance security.

For example, smart locks that require encrypted keys via smartphone apps to unlock could also improve the physical security of offices, the article notes. “Furthermore, a manager can revoke access to particular phones at will,” the CIO report says. “For example, this could keep a recently fired employee out of the workplace immediately, in contrast to physical keys where the employee could easily make a copy.”

The devices and sensors that collect data on workers and how the office is used can also be analyzed and delivered back to employees, the article adds. “Smart devices can improve offices in many ways from security to regulating lights, but the big change will come in communication,” CIO notes. “Businesses can collect data, employees can more readily communicate with their employers, and the result is a wealth of knowledge which will improve efficiency.” 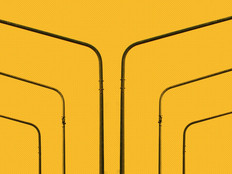