Small and medium-sized businesses are on board the Software as a Service train when it comes to the cloud. According to a recent survey from Techaisle, an SMB and midmarket IT market research firm, SaaS penetration in the U.S. SMB market is expected to reach 94 percent by year’s end.

SaaS adoption by U.S. SMBs has been steadily rising, Techaisle notes, increasing from 27 percent in 2011 to 58 percent in 2014 and 73 percent in 2016. That’s not totally surprising, since SaaS is the largest part of the cloud market.

IDC forecasts that SaaS will remain the dominant cloud computing type, capturing nearly two-thirds of all public cloud spending in 2017, and about 60 percent by 2020. SaaS spending, which is made up of applications and system infrastructure software (SIS), will in turn be dominated by app purchases, which will make up more than half of all public cloud spending between 2015 and 2020, according to IDC.

How are SMBs Using SaaS Today?

In a blog post, Techaisle analyst Anurag Agrawal notes that rising SMB SaaS cloud adoption leads to some interesting questions about the state of the market. How many SaaS apps are SMBs currently using? And how many more apps will they be using in the future?

According to the Techaisle survey, midmarket firms are using an average of two times as many SaaS applications within their organizations as small businesses. Looking ahead though, the research firm expects that this gap will begin to narrow.

Companies in the range of under 10 employees to 100-249 employees “anticipate at least a doubling in the number of SaaS applications used within their organizations and within small business as a whole,” Agrawal writes.

There will be a 140 percent increase in small business SaaS use, according to the survey. Midmarket firms are expected to increase SaaS usage by 80 percent.

“There is likely some theoretical limit on the number of cloud-based applications that can be usefully deployed within an SMB, but it is a much higher threshold,” Agrawal writes. “Businesses in general, and SMBs in particular, have a large number of poorly-automated or un-automated tasks and processes which could be meaningfully improved by the use of focused, low/variable cost SaaS applications.”

SaaS applications are often used to access and edit documents, and for storage, customer service and messaging. There are newer SaaS apps SMBs are considering, according to the Techaisle survey.

“These categories share an important characteristic: each not only addresses a common SMB business need, but works best when the system is accessible beyond the walls of the firm deploying the application, capitalizing on a key advantage of cloud vs. on-premise systems,” Agrawal writes. “Similarly, analytics, another top SaaS application on the planned list, extends the automation of an important internal function by taking advantage of both (relatively) low-cost SaaS alternatives to on-premise software and the reach of the cloud beyond the corporate perimeter.”

SaaS is commonly known as “on-demand software,” “hosted software” or “web-based software.” SaaS apps are subscription-based and hosted in the cloud. With SaaS, businesses do not use traditional software installation, maintenance and management approaches, and cloud service providers are largely responsible for app security, availability and performance, Nerdio notes.

For SMBs looking to cut IT costs and responsibilities, SaaS can provide major benefits. Companies can avoid capital-intensive, on-premises software deployments (and associated network and server infrastructure costs). That can especially help small businesses that do not have the resources of larger firms.

SMBs can adjust their SaaS subscription on a monthly basis, “scaling consumption requirements up and down based on project demands and other variables,” Nerdio adds.

Those cost reductions also allow SMBs to free up in-house IT resources, allowing IT staff members to focus on tasks that are more central to the business.

There are downsides to SaaS though, including potential integration challenges as SMBs integrate cloud deployments with on-premises software. Small businesses also must stay on top of security, and need to address identity and access management issues, as well as compliance issues. 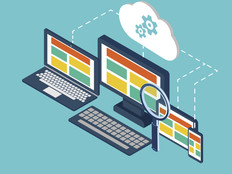 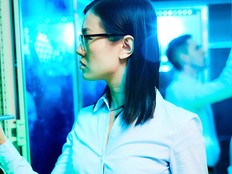 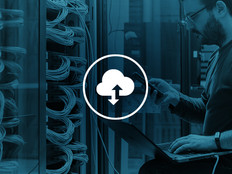