Between 165,000 and 170,000 people are expected to descend on Las Vegas this week for the annual Consumer Electronics Show, according to the Las Vegas Review-Journal. Some of the trends that dominated CES last year are still prominent at the technology confab, especially the evolution of artificial intelligence.

There are plenty of gadgets that have been unveiled at this year’s show: absurdly expensive things (Acer’s $9,000 gaming notebook), strangely innovative things (a waterproof, solar-powered speaker) and things you didn’t know you needed (a $150 device that disperses a scent throughout your room to help you fall asleep).

For businesses and IT leaders at a variety of organizations, CES 2017 has provided a glimpse into some technologies that are already here (and ones coming down the road) that could have a direct impact on how users get work done. Some of the trends that have emerged at CES so far include advances in PC and notebook hardware, AI getting infused into a wider array of devices, and enhancements to silicon chipsets to enable new applications. These trends may not affect all businesses immediately, but the tech that is dropped into the pond at CES tends to send ripples throughout the business and consumer marketplaces for months and years to come.

The conventional wisdom in the tech world is that the PC market is dead (or dying, at the very least). However, that started to change this past fall with Microsoft’s introduction of the Surface Studio, an all-in-one Windows 10 PC geared toward those in creative fields, media creation and architects who work with blueprints. Apple also added touchscreen features to its MacBook Pro line.

At CES, PC and notebook makers are bringing innovative features to old designs and enhancing software on their products, as The Verge notes. Dell’s XPS 13 notebook now comes in a two-in-one form factor with up 15 hours of battery life. LG’s ultrathin Gram 14 has a 14-inch screen and up to 21 hours of battery life, according to LG. And Asus’ new VivoPC X brings in virtual reality capabilities without forcing users to purchase expensive external VR equipment.

Meanwhile, as VentureBeat notes, Samsung teamed up with Google to create the Chromebook Plus and Pro, two Chrome OS notebooks that are the first to natively support Android mobile applications. And as The Verge reports, the gadgets have 360-degree hinges, which lets the devices “switch between laptop and tablet modes, much like many convertible Windows laptops available on the market.” Further, the Samsung devices come with a stylus that “can be used to write on the screen, grab screenshots, or as a ‘laser pointer’ to highlight things.”

Here’s a list of all the desktop and notebook PCs that were announced at CES. A key theme seems to be that these new gadgets will be more versatile and last longer than ever before, hopefully enhancing productivity.

Artificial intelligence is poised to be a key tech trend in 2017 — and for decades to come. Right now, there’s a great deal of focus around AI-enabled digital assistants.

Amazon’s voice-enabled Alexa digital assistant is being used by a multitude of other device makers, including GE, Lenovo, LG and Samsung. It is being built into some devices (like Huawei’s Mate 9 smartphone) and will be integrated with others (like ADT’s Pulse security system). Ford also plans to use Alexa in its vehicles.

Meanwhile, Google is allowing its Alexa rival, Google Assistant, to work with Android TVs, and perhaps with smart watches and connected cars in the future.

Not to be left out, Microsoft’s Cortana assistant is apparently coming to cars from BMW and Nissan.

What does this mean for the workplace? More devices will be infused with AI capabilities and will learn from users, and potentially enhance their productivity. Although these assistants are geared toward consumers, they will migrate into office and enterprise settings. Additionally, connected cars with AI will also help companies that use fleets and delivery vehicles, perhaps to provide schedules to drivers via voice while they are on the road, for example.

The unseen technology that powers modern devices, especially mobile ones, is the silicon chipsets buried inside of them. At CES, the big chip makers unveiled their latest wares and demonstrated how they intend to push the envelope on what the latest devices are capable of doing.

Intel unveiled new versions of its 7th generation Intel Core processors, including desktop versions of its “Kaby Lake” family of processors. The new chips “feature several small improvements in efficiency and performance over Intel’s previous Skylake models,” which may appeal to businesses that do not want to invest in machines with separate dedicated graphics processing units.

Additionally, Intel announced a 5G modem chip, enabling 5G spectrum trials and deployments, made possible because it supports both sub-6GHz and 28GHz spectrum bands. (Qualcomm announced a 5G modem in October.) Although there are no standards for 5G wireless, and it will not be widely deployed until after 2020, the technology is expected to be used for broadband replacement and in the Internet of Things.

Speaking of Qualcomm, the company released new details about its forthcoming Snapdragon 835 processor, which is expected to be in mobile devices launching in the first half of this year. The chipset will support enhanced VR and augmented reality capabilities and will enable 4K video capture, among many other features.

Meanwhile, Nvidia, best known for its graphics processing capabilities, used the opening CES keynote to announce a tiny new AI supercomputer (on a chip called Xavier) that aims to spur the development of self-driving cars. Nvidia CEO Jen-Hsun Huang, who delivered the keynote address, also announced what the company calls AI Co-Pilot, which uses the processor to not only enable autonomous cars but make manual driving safer. The tool “integrates external sensors so that it can tell you when there’s a bicycle pulling out into traffic as you’re about to make a turn, or if a pedestrian has stepped into the road.”

At CES 2017, the world’s leading tech players are selling businesses and consumers on a bright future that is just around the corner — if not here already. Some technologies are likely to come to market sooner than others, and some may be duds in the business world, but CES is definitely worth watching to see where tech is headed. 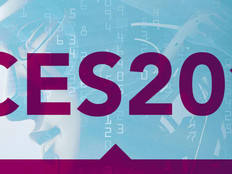 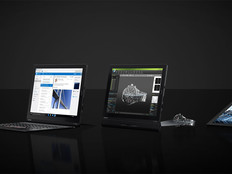 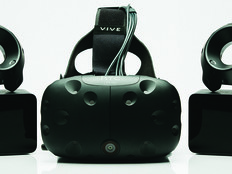