The cloud has changed the basic nature of computing and how business gets done. It will continue to do so through 2020, when cloud spending is expected to exceed $500 billion, reports market research firm IDC.

In fact, IDC predicts that by 2020, clouds will no longer be referred to as “public” and “private,” and that ultimately the term “cloud” itself will disappear. At that point, the cloud will simply become the way organizations operate and IT is provisioned.

The writing is already on the data center wall. IDC projects that spending on enterprise IT infrastructure deployed in traditional, non-cloud environments will decline by 4.4 percent in 2016. The cloud is steadily taking its place as the first option of IT leaders planning an enterprise technology infrastructure, updating data center resources or taking on new workloads.

This cloud-first trend indicates that enterprises are moving beyond simple cloud software projects, such as accounting services and data archiving, to focus on main IT infrastructure components. Server, storage and network functions are now all targets for moving to the cloud.

The cloud is rapidly opening new IT delivery options for a wide range of organizations. “It’s an amplifier,” says Mark Nunnikhoven, vice president of cloud research for security solutions provider Trend Micro. “This is really exciting, as it lets organizations focus on their core business.”

“The drivers for this adoption can vary, but the cloud is seen as a way to optimize costs, shift capital expenditures to operating expenses, provide capacity on demand for greater agility, or to supplement on-premises capacity and capabilities,” says Jenny Fong, director of product and technical marketing for VMware.

New, fast-moving firms without much regulatory oversight tend to find the cloud a more attractive alternative than on-premises infrastructure, says Rob Enderle, president and principal analyst at Enderle Group, a technology research and advisory firm. “They don’t have as many compliance issues — no legacy platforms, no out-of-date policies — and they desperately need the additional agility the cloud provides.”

While almost any organization can benefit in some way from tapping into the cloud, those most likely to experience immediate rewards are the ones positioned to quickly and effectively shift their processes to the cloud. “These might be businesses without a lot of capital investment in on-premises infrastructure, or businesses who have very lean or very specialized IT shops,” says Chanel Chambers, director of product marketing for Citrix Systems.

Moving Servers to the Cloud

Servers, including database and web servers, are prime candidates for migration to the cloud. Cloud servers work in much the same way as servers that are physically located within a data center, yet the advantages they provide are very different.

“Almost any workload that can run on a virtualized platform can be deployed to the cloud, especially one that is compatible to the on-premises platform,” Fong says. “The primary decision for companies is whether there is a need or benefit for doing so.”

Cloud servers offer multiple benefits. Resources can be quickly scaled up or down to meet changing needs, making operations more flexible and cost-effective. The delivery of computing via the cloud also provides improved stability and security, since software issues are effectively isolated from other systems. In addition, cloud servers offer greater redundancy than their on-premises counterparts. If one server fails or becomes overloaded, others automatically pick up the slack.

For organizations that opt to transition to a hybrid cloud environment, orchestration tools — software that helps IT staff set up new servers, run updates, get inventories and handle a variety of other tasks — are particularly useful in a hybrid environment, Nunnikhoven says. “They let you run a single configuration to set up a server and get the same result, regardless of where that server actually is,” he adds.

The Benefits of Cloud Storage

Many organizations are considering migrating their data center storage operations — including storage for backup and recovery — to the cloud. Cloud storage utilizes multiple distributed resources, yet continues to perform as a unified resource within a federated or a cooperative architecture. Cloud storage typically refers to a hosted object storage service, but the term has expanded in recent years to encompass other types of data storage services, including block storage, a type of data storage typically used in storage-area network environments where data is stored in volumes.

Cloud storage is already widely used for data backup, disaster recovery and archiving. “We recently surveyed 900 IT leaders in both mid-size and larger enterprises to understand current thinking and future plans,” says David LeClair, vice president of product marketing for Unitrends, a data backup and business continuity solutions provider. “We found that 52 percent of organizations were already using the cloud for backup, disaster recovery and archiving, and most indicated that they plan to expand their use of the cloud for these purposes.”

Of the remaining 48 percent that have not yet moved to the cloud, roughly a quarter are evaluating the cloud as an alternative to on-premises disk- and tape-based systems, he notes.

Networking is a key data center resource that is finding a home in the cloud. In cloud networking, traditional network functions and services, such as connectivity, management and security, are delivered as a service. Cloud-managed switches, for example, open the way for zero-touch provisioning, full network visibility and easier remote troubleshooting.

Cloud networking can be approached in two different ways: cloud-enabled networking (CEN) or cloud-based networking (CBN). CEN shifts management, policy definition and other control aspects into the cloud, yet keeps connectivity and packet-mode functions local, often in hardware. CBN, on the other hand, transfers all essential core networking functions, including addressing and the actual packet path, into the cloud, eliminating the need for virtually all local hardware.

Many organizations are turning to cloud networking to streamline management and security. “Today’s networks are no longer contained to one or two buildings,” Nunnikhoven observes. “A typical corporate network is now spread out over multiple locations, including remote and home offices, mobile devices — basically everywhere.” Delivering all types of solutions including security from the cloud is generally more efficient and can be done more rapidly than in a traditional environment, Nunnikhoven notes.

“Networking and security go hand in hand,” Fong says. Most companies use their networking architecture to isolate and segregate Internet traffic using virtual local area networks (VLANS). “If customers can re-create these VLANs in the cloud, they can ensure that the same best practices developed over time inside the data center are also used in the cloud,” she says. 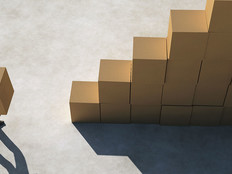 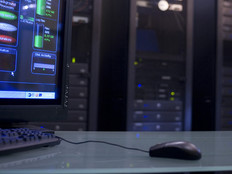