For a small to medium-sized business that wants increased storage and the ability for users to access corporate email and documents from the road, migrating to Microsoft Office 365 suite can deliver lower costs and increased flexibility. And SMBs can move users to the cloud incrementally and maintain on-premises infrastructure as they see fit.

Those were some of the key takeaways from Britt Cluff’s presentation on making the move to Office 365, delivered at the SpiceWorld 2016 IT Conference in Austin, Texas.

Cluff, a senior field solutions architect at CDW, noted that companies want to lower their costs and increase their business value. “That’s the main driver we see in people moving to Office 365,” he said.

Making the Shift to Office 365

There are three main ways for companies to manage identities as they move to Office 365. The first is a cloud identity managed by Azure Active Directory, but that forces firms to create new identities for their users.

More common, Cluff said, is Same Sign On, which employs a user’s work email address and Azure Active Directory Connect. That lets companies synchronize with their on-premises Active Directory setup. After the company does its first sync, they are connected; there would be no disruption if a firm’s internet service inside its building went out. If users have been synched they can access the service from anywhere.

The last identity management option is Single Sign-On (SSO), which still uses Azure Active Directory Connect but is more robust, Cluff said. It uses Active Directory Federation Services (ADFS) or a service like Okta. SSO also requires a Windows Server deployment and servers and proxies for ADFS. A backup on a disaster recovery site or in a cloud is also needed, which makes it a bit more cumbersome to set up than Same Sign On, Cluff said.

Most important, Cluff urges IT managers to plan for how they will manage identities before making the jump. “It will save you a lot of headaches,” he said.

Cluff ran through some key benefits of Office 365 beyond being able to access Microsoft Word, Excel and PowerPoint documents from the cloud. Some of the key benefits flow from Exchange Online for email, Skype for Business and Office Pro Plus.

He noted that with Exchange Online, every user gets an inbox with 50 gigabytes of storage and unlimited storage for archived messages, in Enterprise E3 and E5 plans. In addition, online archiving is available on any device.

Additionally, Exchange Online reduces a company’s on-premises server footprints for email. “You can get to the point where you have nothing on-premises,” he said, though CDW still recommends that companies have one Exchange server on-premises just for user administration.

Another tool that comes with Office 365 is Skype for Business, which Cluff said involves “way more than instant messaging.” The service lets companies enable peer-to-peer calling and video conferencing, as well as desktop sharing and document collaboration. Skype for Business also supports PSTN conferencing and cloud PBX services. It also can be a great help desk tool, Cluff said, since users can give control of their desktop to an IT staff member while they are on a call.

Meanwhile, Office Pro Plus makes installing Office 365 easier since it can be deployed from a network share and configured for users, Cluff said. Office Pro Plus also lets companies provide up to five licenses for a PC/Mac, five for tablets and five for smartphones — 15 licenses per user. That’s a benefit for companies with highly mobile users or a large mobile device portfolio.

Companies shifting from on-premises data centers to the cloud sometimes do not make a wholesale shift. Cluff noted that Office 365 can support a variety of hybrid deployments as SMBs embrace public cloud solutions.

Firms can keep Exchange on-premises and slowly move users to the cloud. Cluff noted that this is ideal if one company is acquiring another and does not want to bring all of the new users to its on-premises environment.

Skype for Business can also run in hybrid environments as long as companies have an edge server for their on-premises deployment, Cluff said.

The SharePoint document management and storage system can also run in hybrid environments, Cluff added. Companies can have OneDrive for Business, hybrid team sites and hybrid extranets as they keep on-premises SharePoint farms. 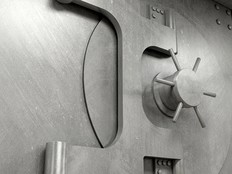 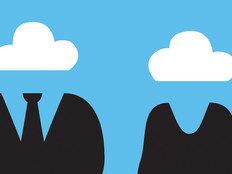 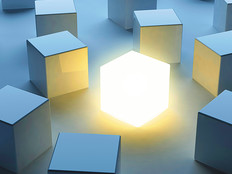