Andrew Grove, the former CEO of chipset giant Intel who led the company into the PC era and epitomized the technology industry for much of the 1980s and 1990s, died on Monday. He was 79.

Grove, widely known as “Andy,” was a titan in Silicon Valley, and turned Intel into one of the most powerful tech companies in the world. As Bloomberg News reports, Grove grew up in a middle-class Jewish family in Budapest, Hungary, and survived Nazi and Soviet occupations of his homeland before emigrating to the United States in 1956. Grove studied chemical engineering at the City College of New York and received his Ph.D at the University of California at Berkeley in 1963. Gordon Moore, then at Fairchild Semiconductor, hired Grove as a researcher, and Grove eventually became assistant head of R&D under Moore. Intel notes that “when [Robert] Noyce and Moore left Fairchild to found Intel in 1968, Grove was their first hire.”

Grove became president of Intel in 1979 and CEO in 1987. “Grove played a critical role in the decision to move Intel’s focus from memory chips to microprocessors and led the firm’s transformation into a widely recognized consumer brand,” Intel notes. “Under his leadership, Intel produced the chips, including the 386 and Pentium, that helped usher in the PC era.”

As PC sales took off in the late 1980s and into the 1990s, Grove led Intel as it became a behemoth. During Grove’s tenure as CEO, Intel’s annual revenues surged more than 13-fold, from $1.9 billion to more than $26 billion. That growth took a toll on Intel’s employees, as Grove, a hard-charging manager, pushed them to work many overtime hours, according to The New York Times. Grove pushed employees to keep up with Moore’s law, Moore’s theory that silicon chips would double in power and halve in price every 18 months.

Praise for Grove’s life and work poured in from across the tech industry after his death was announced. Microsoft co-founder Bill Gates called Grove “one of the great business leaders of the 20th century.”

As Re/code notes, Grove may be best remembered for reminding Intel and the wider world that technology is disruptive, and that industry leaders need to stay on their toes. 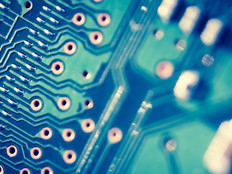 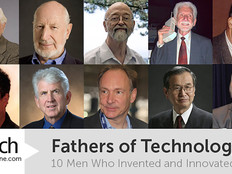