The thing about diving into data is that it can tell you plenty of stories, but in isolation, it doesn’t tell the whole story.

In an in-depth story for Sports Illustrated, the Houston Astros detail the team’s long and winding journey from its down-and-out, lost-in-the-woods past to its Big Data, analytics-rich present.

In many ways, the force behind this transformation rests with Sig Mejdal, Director of Decision Sciences for Houston Astros Baseball Operations. He has the distinction of having been both a rocket scientist and a blackjack dealer in his past life.

Mejdal spoke with BizTech earlier this year as part of our feature story on the Astros’ new investments in business intelligence and IT, which are helping to drive ticket sales.

In his view, the core reason for crunching the numbers is to inform and make better decisions.

“One can think of running a baseball team as a series of decision after decision, most of them related to who is going to be of value in the future,” Mejdal said in his interview with BizTech. “Of course, we expect that in the long run, better decisions will lead to better team results and a turnaround for the Astros.”

And it’s true that Moneyball, the book and the film, has sparked a renaissance in terms of sports and data analytics — or at the very least, it’s brightened the spotlight on this once overlooked aspect of professional sports.

But Mejdal doesn’t believe that the qualitative data, which is often the focus of these conversations, captures the true essence or value of data analytics in sports. The Sports Illustrated piece sheds some light on Mejdal’s and the team’s thoughts on making soft metrics and hard metrics come together in a meaningful way.

They are trying to do it in a way that synthesizes quantitative and qualitative information about players. This represents an evolution from the processes that Billy Beane’s A’s used a decade ago—at least as they were described in Moneyball. “For all the wonders that the book did, the portrayal was a dichotomous one,” says Mejdal. “It’s either the scouts or the nerd in the corner of the room. But from the very beginning in St. Louis, Jeff framed it as an ‘and’ question. The question was not which one to use, but how to combine them.” The goal is to use all that information to produce a metric that will render a decision on a player as simple as the one in blackjack: hit or stay.

To that end Mejdal and his analytics team—which has grown to four and occupies an area in the Astros’ offices that they have named the Nerd Cave and decorated with a Photoshopped image of scientists examining Vladimir Guerrero in mid-swing—created an evaluation system that boils down every piece of information the Astros have about prospects and players into a single language. The inputs include not only statistics but also information—much of it collected and evaluated by scouts—about a player’s health and family history, his pitching mechanics or the shape of his swing, his personality.

The system then runs regressions against a database that stretches back to at least 1997, when statistics for college players had just begun to be digitized. If scouts perceived past players to possess attributes similar to a current prospect, how did that prospect turn out? If a young pitcher’s trunk rotates a bit earlier than is ideal, how likely were past pitchers with similar motions to get hurt?

In many ways, Mejdal’s point about good business intelligence analyzing and measuring the qualitative and quantitative data together is true across all industries. The soft metrics often complete the parts of the story that a decimal or a percentage just can’t capture alone. 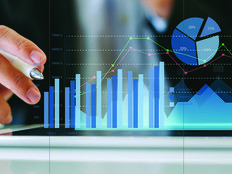 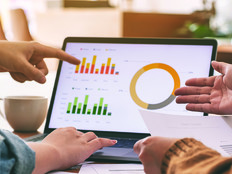 The Building Tech That Can Help Businesses Maintain Social Distancing

Review: The Canon D1650 Combines Ease of Use With Rapid Print Speed

The Building Tech That Can Help Businesses Maintain Social Distancing