Private clouds have long seemed a sure bet among the growing cloud options. After all, security concerns and other factors have often given IT managers pause over public clouds.

Conventional wisdom holds that private clouds are easier to embrace because they’re managed by the inhouse IT staff. The organization does not need to share servers, databases, storage resources or applications with other users in a multitenant architecture.

Just such reasoning led one Gartner analyst to dub 2012 “the year that private cloud moves from market hype to many pilot and mainstream deployments.”

On one hand, he nailed the prediction. TechTarget’s Data Center and Readers Choice Survey 2013 found that 15.5 percent of organizations planned private cloud deployments within the next year, up from 8.2 percent in 2012.

“Most people get the concept of private clouds and how they benefit organizations by automating management, provisioning and other aspects of their IT operations,” says Anil Desai, an independent IT consultant who specializes in cloud computing and virtualization technology. “But often they just don’t see a clear path to getting there with the resources they currently have.”

Fortunately, that doesn’t have to be the case. As cloud computing best practices mature, CIOs have a variety of options for successfully migrating from a traditional IT infrastructure to one that takes advantage of private cloud benefits and creates a foundation for next-generation IT services.

The key, experts say, is to develop a step-by-step strategy that embraces innovation without overwhelming and disrupting the organization.

Two fundamental stumbling blocks frequently keep private cloud projects from progressing beyond planning or pilot stages: budget and culture. Of these, budget constraints may be the most significant.

“Few IT organizations are getting additional budget, so CIOs must figure out how to invest in the new technology and services required to build a private cloud,” says Sean McDermott, CEO of Windward IT Solutions, a consultancy that focuses on designing servicecentric IT projects. “For some IT managers, the only way to find funding for future investments is by taking cost out of business right now.”

The second issue, culture, can also impede progress. Automating routine IT management functions is a prime reason to move to a private cloud. But systems administrators who are tasked with launching automation tools can fear their success.

“They often wonder, ‘What do I do after I automate this?’ ” says Robert Plankers, a technology consultant and a virtualization architect at a large Midwestern university. “I sometimes see passive-aggressive sabotage of these types of tools. But in the best cases, sysadmins go on to work on more strategic and creative projects, such as starting up new services for the organization.”

Once an overworked IT department grasps that possibility, the lure of moving some services to a private cloud can become very appealing, Plankers says. Some industry research estimates that 70 percent or more of a typical IT staff’s duties are devoted to maintaining the existing data center environment — which can include everything from routine maintenance activities to rolling out regular software updates.

Despite the challenges, there are good reasons for IT managers to turn plans for private clouds into action.

First, these projects are an obvious next step following the widespread data center virtualization projects that have become ubiquitous in recent years.

“Virtualization has been a great initiative to get the back office of IT in good running order,” says Edward Newman, senior director of cloud and IT transformation for EMC’s global services unit. “Private clouds can have a positive impact on the business side because they can be a more efficient way for end users to obtain IT services.”

That’s because private clouds create large pools of computing resources that enable users and organizational units to share applications as well as computing, storage and networking assets. This means that if the head of a department needs additional support for a new initiative, he or she just chooses it from a catalog of services rather than working with the IT department to procure, provision, test and launch new hardware and software.

While the traditional process may have required weeks or months, a private cloud can deliver the same services and capacity within minutes.

The service catalogs also display the value of the additional resources, making it possible to be transparent with chargebacks and informative showbacks. That information makes it far easier for managers to understand the budget investment required for the cloud services.

The self-managing characteristics of private clouds also improve continuity. For example, if a hardware or software resource crashes somewhere within the cloud, cloud management tools can automatically shift workload to another component or even to a separate cloud to mitigate downtime.

To achieve the benefits of a private cloud, IT managers require specific tools for automating IT functions and orchestrating the interaction of cloud resources. But before IT managers start shopping for tools, some housekeeping may be necessary.

“Start by standardizing your environment,” Plankers suggests. “You get the most bang for the buck when you have standard builds of servers, operating systems and server configurations.”

Configuration tools that help IT administrators deploy and enforce these standards include Microsoft’s System Center Configuration Manager (SCCM), Puppet Enterprise from Puppet Labs, and Chef, which is part of the Ruby development environment.

With standardization as a foundation, the IT staff can turn to management tools for automated provisioning and orchestrating of cloud services. Automation takes on the numerous manual tasks that an IT staff routinely performs, such as provisioning new virtual machines in a virtualized data center.

In production environments, these solutions can also act based on information they’re receiving about prevailing demand for resources. If a virtual machine is running low on memory, these tools can proactively assign additional resources. Similarly, a VM may be designated to run on a high performance server during regular business hours, but then automatically move to a less powerful platform in the evening when demand drops.

IT managers can perform various aspects of automated provisioning with tools such as Microsoft’s VM Manager, Configuration Manager and Service Manager — each available within SCCM. And, EMC Unisphere, for instance, provides unified management of the storage infrastructure.

In fact, many server manufacturers now ship provisioning tools with their blade products. Orchestration solutions perform a series of related activities required to deliver services to end users. For example, to bring a new workload into production, an orchestration tool can configure VM settings on the physical hardware, as well as provision any required storage and database resources.

Next, it can set up related network connections and install relevant applications.

“Orchestration allows administrators to focus on the actual application and the needs of end users rather than on all the underlying technical considerations required for deploying an application in the cloud,” Desai says.

Some popular orchestration tools include VMware vCenter Orchestrator and Cisco Intelligent Automation for Cloud. When evaluating provisioning and orchestration solutions, look for those that support industry standards, such as the Storage Management Initiative — Specification, Desai recommends.

“Standards assure that you can provision and manage resources in a multivendor environment,” he says.

In addition, IT managers should carefully match tools to their particular cloud architectures. For example, some automation tools only work within a specific virtualization platform, so an IT shop managing multiple virtualization technologies would want tools with cross-platform reach. 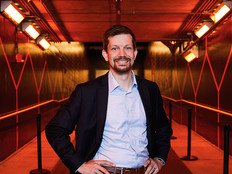 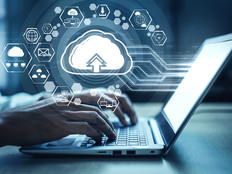