Microsoft licensing is a bit of a mystery to those who are not directly involved in procurement. But it’s worth understanding the basics when exploring how virtualization and cloud technologies could benefit an organization. Depending on the kind of license agreement an organization currently has in place, desktop virtualization and the promise of anytime, anywhere productivity for employees could prove to be expensive if it’s not planned for carefully.

Windows Virtual Desktop Access (VDA) licenses allow users to connect to virtual desktops so they can securely access line-of-business applications from any device with an Internet connection. VDA can be acquired as a benefit of Software Assurance, Microsoft’s subscription-based licensing program, or it can be purchased separately for $100 per device, per year. A VDA license not only permits access to a virtual desktop, but it grants the right to install Windows 7, Vista or XP in a virtual machine and run up to four virtual desktops concurrently.

Also included are Extended Roaming Rights, which allow the primary user of a VDA-licensed PC to access a virtual desktop from any device not covered by Software Assurance or VDA, provided the device is located offsite. If a user wants to access a virtual desktop in one of the company’s meeting rooms from a portable device, it must be covered with a VDA license. Who owns the device and where it’s located are important. Extended Roaming Rights are only valid if the device is used offsite and doesn’t belong to the company. In all other cases, a VDA license must be purchased.

A license for Windows Server 2008 R2 Standard allows for an additional copy of Server in a VM; however, the OS running on the physical machine can only be used to manage the server OS in the VM. Enterprise Edition allows up to four VMs to run. But there’s a caveat: The physical OS can be used to host applications and not just manage the VMs, provided that no more than three VMs are running. Once a fourth VM is added, that right is lost, and the host server OS can only be used to manage the guest VMs. These restrictions are removed completely for Datacenter Edition, which licenses an unlimited number of guest VMs.

If you’re using Windows Server 2008 R2 as part of a VDI, there’s no need to purchase Client Access Licenses (CALs) for each user who accesses a virtual desktop. CALs are required to access Standard, Enterprise and Datacenter editions of Windows Server for all other purposes unless access is limited to an anonymous connection from the Internet — such as no-user account authorization. For users connecting to Windows Server via Remote Desktop Services (RDS), an RDS CAL is required.

VDI Standard Suite includes RDS CALs, but they can only be used to access virtual desktops, not applications running on a host server. The suite also includes licenses for the Microsoft Desktop Optimization Pack (MDOP), Virtual Machine Manager Client Management License, Systems Center Configuration Manager Standard Server Management License, and Operations Manager Standard Server Management License. With the exception of MDOP, usage is restricted to enabling a VDI environment. VDI Premium Suite is the same, except RDS CAL rights are equivalent to those outside the suite, including Microsoft Application Virtualization for RDS.

As part of Software Assurance, Microsoft allows customers to repurpose PC hardware and install Windows Thin PC, a locked-down version of Windows 7 with a small footprint specifically designed for accessing a virtual desktop. Under this scheme, repurposed PCs that were covered by Software Assurance don’t need an additional VDA license to access a virtual desktop. Thin PC includes support for System Center Configuration Manager out of the box; Embedded Device Manager can also be used to manage Windows updates.

Office is licensed in much the same way as Windows 7 under Software Assurance. The primary user of a licensed device has Extended Roaming Rights and can access Office on a virtual desktop from an offsite location. Microsoft’s productivity suite is also available as part of Office 365, which combines hosted services for Exchange and SharePoint, plus the option to install the desktop suite applications locally or use cloud-based versions of the main Office programs.

Make no mistake that Microsoft is maximizing its profit through licensing VDI; and while the technology promises to cut costs and increase flexibility, allowing employees to work from any device, anywhere, could prove costly if you don’t understand the licensing implications.

If Windows desktops are licensed via a subscription-based Software Assurance agreement, devices automatically gain a VDA license, which allows up to four VMs to be accessed concurrently and includes Extended Roaming Rights. All company-owned devices not covered by Software Assurance or a separate VDA license, and employee-owned PCs brought onsite, must be licensed appropriately before they can be used to access virtual desktops. 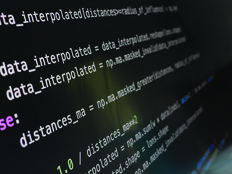