Hewlett Packard Enterprise on June 20 launched a new line of converged server systems powerful enough to run any business application wherever the business is operating and generating data, be it an oil rig at sea, a factory floor or a farm. The Edgeline Converged Edge Systems, introduced at HPE Discover 2018, delivers enterprise-class power in a small package, allowing organizations to run uncompromised versions of any business application on site, without the need for a data center.

“The edge is more relevant to business today than ever before because of the pent-up insights that exist at the edge that will affect the entire organization,” said Tom Bradicich, HPE’s vice president and general manager of Internet of Things and converged edge systems. The ability to run “enterprise-class cloud-level technologies” at the edge, he said, without having to settle for pared-down versions of crucial business applications, “is an extreme game-changer.”

Bradicich noted that, according to Gartner, 75 percent of enterprise-generated data will be created and processed outside the traditional, centralized data center or cloud by 2022.

The Edgeline products will run the same unmodified enterprise software stacks from Citrix, Microsoft, PTC, SAP and SparkCognition that many businesses run on data centers and cloud platforms. Indeed, many Edgeline users will run the applications on all those platforms, making the Edgeline solution an important part of companies’ efforts to simplify their hybrid environments. For organizations running storage-intensive applications such as artificial intelligence or video analytics, HPE said an optional “extended storage adapter kit” will deliver up to 48 terabytes of storage.

Manage Data on an Oil Platform at Sea

One early adopter is Murphy Oil, a petroleum exploration and production company based in El Dorado, Ark. Mike Orr, Murphy Oil’s director of digital transformation, said his company has platforms in the Gulf of Mexico and off the shores of Vietnam, Malaysia and Australia, as well as on-shore facilities in Canada and Texas.

“We’ve been very excited about the capability of Edgeline, from the perspective of space, size and redundancy,” Orr said. “We can now run our applications wherever and whenever they need to be run — as close to our workloads as you can possibly get.”

Orr said the Edgeline solutions allow Murphy to continue to operate its business in conditions that can be quite harsh. It’s common for weather conditions in, say, the Gulf of Mexico to knock out communication between an oil rig at sea and a server room sitting hundreds of miles away. That’s why Murphy has been deploying Edgeline solutions on the rigs themselves.

“If you think about traditional data centers and their racks of equipment and the redundancy with power and all telecom challenges you might have when that nice Gulf storm rolls in, that platform still has to run — not just for us to make money, but also to make sure that everyone comes home safely,” he said. 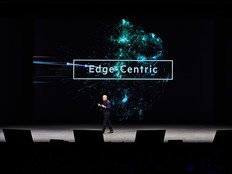 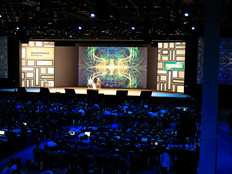 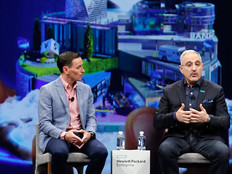