The past decade has seen lightning-fast evolution in the possibilities of predictive analytics. Given the right data, machine learning (ML) algorithms can make forecasts much more accurately than a human expert. Even experienced high-level executives should be using those insights to inform their business decisions.

This level of insight would not only make those decisions more accurate — it would save executives an enormous amount of time. According to Accenture research, some organizations that deploy ML solutions see a tenfold (or more) increase in time savings.

However, that’s not what I see happening at large organizations today. Despite the array of powerful analytics and data visualization tools at their command, executives I consult for continue to request the equivalent of old-fashioned green-bar reports from their teams — spreadsheets with 10 tabs and thousands of numbers, or data dashboards with dozens if not hundreds of data points represented.

Why? Because when it comes to uncovering insights from data, these executives still only trust their own intuition.

They have trouble believing that a mere algorithm or visualization tool could offer useful guidance (despite evidence to the contrary). More importantly, they don’t believe the teams that build those algorithms or tools really understand their thought processes.

Given that a 2017 ServiceNow survey found 54 percent of CIOs rank “making complex decisions” one of the most important ML capabilities, getting executives on board with using ML should be a data scientist’s priority. Luckily, a few small interventions could make the difference when it comes to getting buy-in from key executives.

How to Overcome Executives’ Aversion to Algorithms

All artificial intelligence (AI) products have to overcome a certain amount of what social science researchers call “algorithm aversion” — the fact that people generally prefer to rely on their own intuition over the advice of an algorithm, even when that algorithm has been shown to consistently outperform human judgement.

Part of the reason may be that people tend to expect algorithms to perform perfectly and reject them when they do not. A 2014 study found that people became less likely to take the advice of an algorithm once they had seen it commit an error, even if with that error, it was still more accurate than a human.

Experts in a particular field may have more algorithm aversion than most. One study described in a current working paper by researchers from Harvard and the University of California-Berkeley found that, compared to laypeople, national security experts are less likely to rely on advice from algorithms when forecasting geopolitical events, which decreases their forecasts’ accuracy.

“It seems like algorithmic advice falls on deaf expert ears,” the authors write. This tendency might explain why executives have a more difficult time than regular users accepting that automated advice might help them achieve their performance goals.

There are some documented ways to overcome algorithmic aversion. One idea comes from a follow-up study by the authors of the 2014 paper mentioned above. They found that people are more likely to accept guidance from an imperfect algorithm if they are able to tweak its output, giving them some measure of control over the recommendation. That result holds true even when the tweaks people are allowed to make are fairly small — too small to significantly reduce accuracy, in most cases.

Many data scientists may balk at the idea of an executive “adjusting” the results of their carefully tuned models. But there are other ways to make decision-makers more likely to follow an algorithm’s advice, such as integrating the output of algorithms into existing workflows.

One reason executives may dismiss ML-based insights is that the systems their teams build simply don’t surface the right insights in the right place at the right time. Data scientists are trained to build great models and visualizations, not necessarily to think about how that information should be integrated into a workflow.

Too often, data-driven insights end up siloed in a software program separate from the tools executives use day to day. Checking the algorithm’s advice becomes an extra step — one that is easy to skip, especially for executives already inclined to rely on their own instincts.

By paying closer attention to how executives think, data scientists can change that. To get a models’ insights in front of a business leader, they should ask questions such as: When this person scans the dozens upon dozens of data points in the dashboard, what patterns is he or she searching for? How could that translate into an algorithmic recommendation or data visualization? Where would it go in a workflow to make the most impact?

This approach echoes the techniques companies such as Salesforce and Airtable use to successfully integrate data insights into workflows at the employee level. For instance, Salesforce’s Sales Cloud Einstein shows sales representatives ML-driven recommendations for which prospects to call next in the same interface where they log recently completed calls. That placement ensures that those recommendations are in front of reps at the exact moment they’re deciding what to do next.

Integrating data-driven insights into executives’ workflows won’t overcome algorithm aversion entirely. But it will make those insights both more accessible and more actionable for busy business leaders who don’t want to add extra steps to their thought processes.

By making predictive analytics feel like a natural part of decision-making, more thoughtfully tailored workflows could finally let the C-suite harness the full power of machine learning — and make spreadsheets and overcrowded data dashboards a thing of the past. 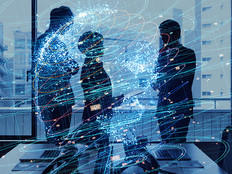 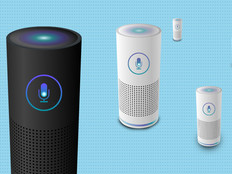