When IBM’s Watson triumphed on Jeopardy! in 2011, it was a major validation of the potential of artificial intelligence and a sign of things to come. But Watson didn’t stop there, said IBM’s Jay Di Silvestri, speaking at a CDW Summit on “Modernizing IT Infrastructure for Digital Transformation” in Las Vegas on Monday.

In the six years since, IBM’s AI experts have sought to answer the question, What else can Watson do? “That group immediately turned its sights to say, ‘What can we do that is as impressive, but different?’” said Di Silvestri, IBM’s Watson platform adoption leader.

Watson’s next challenge, IBM decided, would be unstructured text, and Di Silvestri said that applications are already on the market for organizations that want to leverage AI to improve customer service and operations. The next phase of Watson is a logical one, he said: deconstructing the technology behind Watson into services that help businesses.

In particular, he noted, Watson is very good at answering questions, an ability that represents an entire new realm of possibility for AI-powered insights.

AI may seem like a technology that’s still on the horizon, but experts predict that it won’t stay that way for long. Abbie Lundberg, president of Lundberg Media and former editor in chief of CIO magazine, said at the summit that IDC forecasts that half of all business analytics software, including predictive analytics, will be based on cognitive computing by 2020.

Using Watson to Find Patterns in the Data

One company that has already partnered with IBM to leverage Watson is Woodside Energy, Australia’s largest natural gas producer. Like many specialized and complex organizations, Woodside had a lot of data and many experts with extensive field experience, but it faced the challenge of how to efficiently leverage all that information, Di Silvestri said.

“The problem Watson is solving here is very different from the question-and-answer Jeopardy! scenario,” he noted. “Here, it is consuming information and trying to find patterns.”

For Woodside, better intelligence could translate into massive savings. So the company worked with IBM to build one large Watson system to answer questions based on the data it had. The pilot worked so well that Woodside expanded to several more systems.

That use case exemplifies what Di Silvestri described as a new paradigm that puts AI at the center: “Cognitive systems are creating a new partnership between humans and technology.”

Human Versus Machine Intelligence in the Workplace

Discussions of AI often raise the question of whether it can replace human intelligence, and Di Silvestri said he views the technology as complementary. There are skills that humans are better at, and areas in which AI performs better, he said. In the latter category, he pointed to reasoning without a bias toward expected outcomes, which humans don’t always do well. A machine, on the other hand, has no such preconceptions, he said.

“Watson is very good at things that people can’t do,” Di Silvestri said.

AI’s strong suit is data — in particular, the ability to consume massive amounts of data quickly and develop related insights. In one such use case, a municipality uses an AI system to digest reams of data about its public transit systems, with the aim of making them more efficient and cost-effective. Increasing Watson’s ability to do that with unstructured text, such as nuanced, natural language, makes it even more powerful, Di Silvestri said.

As digital intelligence becomes more sophisticated, the applications are rapidly expanding, he said: Systems that can understand, reason, learn and interact have the potential to enhance digital intelligence exponentially. For example, he said, legal industries are looking at AI applications to read complex contracts and to assess compliance with government regulations.

“That’s a difficult problem,” Di Silvestri said. “It’s difficult for humans to do.”

IBM already offers a set of Watson-based services through its cloud platform Bluemix that customers can incorporate into their own applications. Watson now has the ability to offer a variety of skill sets that align with business operations, such as a tone analyzer for a customer service application, which enables it to determine when a user is getting upset and should be transferred to a human helper.

Other applications include natural language understanding, which organizations can use to tailor Watson to their own projects and individual users; data insights, such as document conversion and language translation; and visual recognition, such as identifying product defects on the assembly line.

The area of “cognitive conversation” has been especially successful, Di Silvestri said, pointing to the Watson-powered “Easy” button at Staples. This application simplifies the process of ordering office supplies by letting users order supplies through a variety of channels, while leveraging machine learning to identify individual users’ preferences.

Using AI to improve customer engagement is showing up in diverse industries, from the Mayo Clinic to Geico, according to Di Silvestri, but that doesn’t mean smaller organizations can’t start to incorporate the tools as well. For those who want to explore AI applications, he recommends the following steps: establish a vision, focus on value, test the data, frame the journey and leverage proven examples. 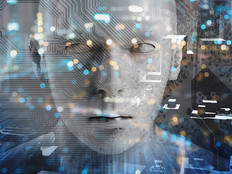 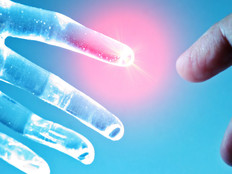