Most nonprofit organizations tell their story — and make a case for donations — via printed materials or an online campaign.

What if they could put someone in the shoes or situation of the people in need of help?

For some nonprofits, virtual reality offers a rich, immersive experience that wastes no time conveying the depth and complexity of a problem. No longer just a means of entertainment, the technology delivers a visceral urgency with deep potential to affect a viewer.

A recent gala for the International Rescue Committee did just that. The fundraiser in New York City featured a VR experience that journeys to a refugee camp in Lebanon. Guided on screen by actress Rashida Jones, the interactive reel was designed to resonate beyond the moment.

“The goal ultimately is that when you take the headset off, you have the inspiration to act in real life,” Gordon Meyer, director of marketing for YouVisit, which created the VR experience, told NPR.

Transporting people from their comfort zones — virtually, at least — can have real power.

As Jeremy Bailenson, director of Stanford University’s Virtual Human Interaction Lab, told NPR, “Experiencing something causes you to have more empathy than imagining it or watching it.”

The topics and presentation methods that nonprofits use in VR campaigns are diverse, with each one supplying a unique, moving experience.

Although VR isn’t cheap and requires trained staff to shoot, the costs are declining, the Washington Post reports. Still, the approach requires sophisticated equipment and more time to produce.

But for nonprofits with the means, the tool could prove to be a worthy investment: After a week promoting Fear of the Sky to passersby on the street using VR viewers, Amnesty International reported a 16 percent increase in sign-ups for repeat donations via direct debit.

“The headsets are so immersive because you can’t help draw comparisons between the street you’re in and the street you see,” said Nina Franklin, an Amnesty street fundraiser, told Campaign Live. “The VR sets anchor everything: statistics, emotions, stories.

“Suddenly, everything ‘over there’ is so vivid and real.”

The nonprofit Pencils of Promise, which builds schools in developing countries, saw similar success. When the organization hosted a Wall Street gala for wealthy donors, it provided VR headsets that allowed viewers to see inside a schoolhouse in rural Ghana. The event raised $2 million; the footage has since been viewed 8-million-plus times, according to the Post.

Meanwhile, the concept of immersive storytelling through a charitable lens appears poised to grow even more. Since 2016, the Facebook-owned VR headset maker Oculus has run a $1 million partnership that pairs rising filmmakers with nonprofits — with the results showcased at the Sundance Film Festival.

The concept, known as VR for Good, has a simple goal: to draw more attention to where valuable nonprofit dollars are being invested. It’s a role that seemingly satisfies the practical implications of giving and the transaction’s deeply emotional quotient. 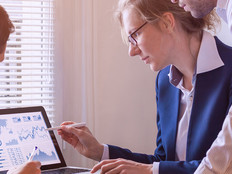 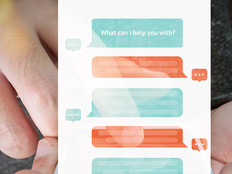