Four or five years ago, walking around with a smartphone with a 5.8-inch screen would have seemed ridiculous and out of place. In a few years, it will become the norm.

What is a Phablet?

According to recent research from IDC, shipments of phablets — the portmanteau of phone and tablet that describes smartphones with screen sizes of between 5.5 and 7 inches — will soon outpace those of smaller smartphones.

Users are asking for smartphones with larger screens, and device-makers are churning them out to meet that demand and because they can fit more components inside of them. The business use cases and benefits of phablets are also becoming more apparent, as users are willing to spend more time on phones with larger screens, allowing them to get more work done. Phablets also make it easier for users to read and use text-heavy applications.

Phablets Will Grow in Popularity

In comparison, the total smartphone market is expected to grow at a 3 percent CAGR during the same period, while shipments of normal smartphones (those under 5.5 inches) will decline 7.4 percent over the forecast period.

Android-powered smartphones have already captured 85 percent of total market volume and IDC expects this share to remain relatively stable throughout the forecast. Apple’s phablets — the “Plus” models of its iPhones (with screen sizes of 5.5 inches) and the iPhone X (which has a 5.8-inch screen) — will help Apple continue its sales growth in 2018, IDC predicts.

Ryan Reith, an IDC analyst and the program vice president with IDC’s Worldwide Quarterly Mobile Device Trackers, says that phablets are becoming more popular because consumers want more screen real estate on their smartphones for their apps and videos.

Device-makers are ramping up production of phablets to meet that demand, Reith says, and not just because phablets usually command a premium. Even low-end smartphone makers in China and Southeast Asia have embraced low-cost phablets that use less expensive LCD screens.

Smartphone vendors like phablets because they allow them to add in bigger batteries to extend battery life and more components, which is especially compelling to device-makers such as Apple and Samsung that want their high-end phablets to have the latest features and long-lasting batteries.

The push to phablets is also driven by a desire for simplicity, according to Reith. “Most consumers didn’t want to carry two devices,” he says, and a phablet helps them bridge the gap between a smaller-screened smartphone and a tablet or convertible laptop.

The Advantages of Phablets in Business

There has not been one specific standout business use case for phablets, Reith says, “outside of just having more screen real estate.” Larger screens can translate into more productivity, because “people are willing to spend more time on their phones the bigger the screen gets.”

That, in turn, has pushed IT decision-makers to rethink how they are designing enterprise mobile apps to optimize them for larger screens, according to Reith. “People are using their tools more than they would have six years ago when [smartphone] screens were half the size,” he says.

There are a few specific industries and job functions that benefit from the shift to phablets, Reith says.

Those who use software for sales tools or inventory management — apps which are usually very text-heavy — can use those apps more easily with a larger screen. “The bigger the screen, the easier it is for people to read text, get notifications and understand what is happening,” Reith notes.

Retailers are also deploying phablets for sales associates on their store floors as well as for inventory management. Modern phablets can replace specialized mobile devices for retail that are more clunky and have outdated user interfaces, Reith says. That also applies to those who work in warehouses, he adds.

Retailers and other companies can more easily update apps and push security upgrades to modern phablets than they can for legacy devices, according to Reith. Phablets make workers’ jobs easier and more efficient, he adds.

As companies consider phablet deployments, Reith advises that they should solicit employee feedback and give them a couple of options — perhaps two Android options and one running iOS. The goal is to get employees to actually use the device, he says. Most companies are also gravitating toward offering two sizes of phablets: one with a 5.5-inch screen and one around 6.3 inches.

Vendors are increasing screen sizes, but phones themselves are not getting larger, because vendors are reducing the size of the phones’ bezel — the front part of a phone not taken up by the screen. Samsung did this with its Galaxy Note 8 and Galaxy S8 phones, and Apple followed suit with the iPhone X. 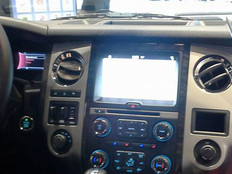