Detroit is in the middle of launching a new arena and entertainment district as part of a larger plan to boost the city's economy and add jobs.

Sports teams often add technology to their stadiums to enhance the fan experience, whether that's through cameras that enable 360-degree views of games or faster and stronger Wi-Fi networks. However, stadium tech upgrades can also improve the fortunes of nearby businesses and give local residents access to more connectivity options.

Stadium Wi-Fi upgrades that include free connectivity for the public in the areas outside the arena can boost economic activity and be a boon to nearby businesses and local governments, which can use the public Wi-Fi to engage with customers and residents and test out new technologies.

Using arena Wi-Fi to facilitate greater connectivity is nothing new. In 2013, for example, Georgia Dome’s stadium-grade Wi-Fi facilitated one of the largest BYOD projects of its time, paving the way for larger mobility-embracing buildouts. But with connectivity becoming ever more integral for people everywhere — and, perhaps more important, with city governments and businesses alike needing a petri dish to test emerging tech at scale — new Wi-Fi buildouts that impact more than just the fans are scoring major points with cities.

Notably, Detroit is in the midst of launching a new arena and entertainment district as part of a larger plan to boost the city's economy and add jobs. A major part of the plan to revitalize the area hangs on free Wi-Fi, which will be available for a 50-block stretch around the Little Caesars Arena.

"[Digital connectivity]'s such a big part of operating a modern-day arena and creating a modern-day fan experience," Tim Collins, a Comcast senior vice president in Michigan, tells the Detroit Free Press. "The Wi-Fi is the one part of the technology that's very visible to consumers. They know it either works — or it doesn't. It's either fast — or it's not."

Olympia Entertainment, which operates the stadium, worked with Comcast to install millions of dollars’ worth of routers and equipment, as well as fiber-optic cable and more than 1,000 Wi-Fi access points in the stadium, with the aim of providing fast, reliable internet connections to anyone with a smartphone.

Moreover, the company also has plans to install technology downtown that will facilitate greater connectivity in public areas, according to the Detroit Free Press.

“We realize being connected and sharing great memories with family and friends is a vital part of enjoying today’s experiences,” John King, an Olympia Entertainment vice president, tells the paper. "We have coupled on our organization’s decades of experience in developing, owning and operating fan-focused venues with the technological expertise of the Comcast team to provide a cutting-edge experience for everyone attending events at Little Caesars Arena, as well as those living and working in the District Detroit."

Some stadiums are taking technology one step further and stepping in as living test beds for smart technology.

Smart city tech, if applied and deployed correctly, has the potential to bolster opportunity and internet access for residents, as well as streamline government functions like pothole maintenance. But testing and troubleshooting the technology at scale, which can help facilitate a smoother rollout, can be difficult to achieve. This is where arenas come into play.

At Arizona State University, for example, the college has begun a major upgrade, which includes building out new digital signage with Cisco Systems’ StadiumVision, upgrading its Wi-Fi, launching a parking app and working with Intel to create a microcosm for piloting smart city technologies. By doing so, the arena aims to ensure that sensors and other tech operate efficiently and securely prior to a larger deployment.

"The [ASU stadium] and ongoing projects are being used as a living lab," Christine Boles, general manager of the industrial and energy solutions division for Intel's Internet of Things Group, tells TechRepublic.

Testing new security technologies will be a huge portion of the ASU stadium upgrade. This includes facial recognition software that will be used alongside more than 90 4K security cameras. The software will analyze data on fans based on facial expressions, Chris Richardson, assistant vice president of IT development at ASU, tells the site.

The stadium will also be used to test the best use of data collected by stadium sensors, such as determining security threats in sound data.

"They're doing analysis on the sound data itself on how you might use that information. What is a good sound versus a security threat sound," Boles says.

Going forward, Richardson says ASU has already applied for more funding to expand the technologies tested in the stadium and their use cases outside of the arena walls. 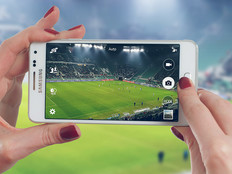