Grace Hopper was a true technology pioneer and one of the driving forces behind the creation of the Common Business-Oriented Language, a successor computer programming language to FLOW-MATIC, which Hopper invented. Her legacy continues to inspire legions of women in the United States and around the world to jump in to the IT field.

Yet even as AnitaB.org kicks off the 2017 Grace Hopper Celebration of Women in Computing today in Orlando, Fla., billed as “the world’s largest gathering of women technologists,” recent data and interviews with experts on women in technology indicate there is a lot of work to be done. Women still face many social barriers and biases and remain underrepresented in tech.

At the same time, these experts say, private companies, nonprofits and governments can do more to increase diversity in the IT workforce. However, it will likely take a combined effort to make significant progress, they say.

Hopper, who died in 1992, continues to inspire women. The conference offers numerous tracks and sessions on everything from artificial intelligence to data science, computer systems engineering, security and privacy, software engineering and more.

Keynote speakers include Melinda Gates, co-chair of the Bill & Melinda Gates Foundation; Ayanna Howard, a professor of bioengineering at Georgia Institute of Technology; Fei-Fei Li, the director of the Stanford University AI Lab and the chief scientist of AI and machine learning for Google Cloud; and Mary Spio, CEO of Ceek VR, among others

Elizabeth Ames, senior vice president of programs, marketing and alliances at AnitaB.org, says Hopper “continues to inspire women to pursue technology because she was an outspoken leader in the field, unabashed in her ability as a woman to claim her space and accomplishments, as well as making complex technical concepts understandable and intriguing.”

Jennifer Tacheff, vice president of partnerships at Women Who Code, which provides skills training and mentoring to women who want to get into tech, says Hopper and many other lesser known women reinforce the idea that women have been integral to tech since the modern industry’s beginning.

“At Women Who Code, we see 100,000 members leveling up in their tech careers in many different ways,” Tacheff says. “This is ‘Amazing’ Grace’s legacy: these women continue to learn, question and aspire to more. The numbers may be skewed in terms of our representation but it's important that we don't let that dictate the way that we as a society perceive the technology industry, and heroes like Grace Hopper stand as shining beacons of that truth.”

Despite Hopper’s legacy and the conference’s draw of thousands of women and prominent speakers, women are still significantly underrepresented in IT. According to the 2017 results of AnitaB.org’s Top Companies for Women Technologists program, which evaluated 63 companies accounting for more than 574,000 technologists across a variety of fields, women held 22.95 percent of technical roles, up 1.2 percent from 2016.

The organization acknowledges that this “represents a relatively small change, but corresponds to thousands of new jobs for women technologists.”

Despite that trend, women are still not making much headway, especially in terms of getting into leadership roles in tech. The representation of women in entry-level IT roles grew 1.7 percent from 2016, while the mid-level, senior and executive roles saw considerably smaller increases of 0.2, 0.6 and 1 percent, respectively. For minority women, the field is particularly tough to break in to.

According to the National Center for Women in Technology, in 2015, women held 25 percent of computing jobs, but black and Hispanic women made up only 3 and 1 percent, respectively.

“Society has a false perception of technology, viewing it as being somehow more ‘male’ in nature,” Tacheff says. “The first known programmer was actually a woman! So, outside of flipping false historical narratives, there are also hurdles in terms of representation. We need all people in society shaping the tools we use.”

Yet experts point to progress. Ames notes that since Hopper’s death it has become more culturally acceptable for women to seek college educations, get a career outside of the home and advocate for equal pay and opportunity.

“The tech industry overall has problems with stereotypes of young, white male programmers,” Ames says, “but there is increasing focus on the need for diverse talent and we are seeing more and more accomplished women recognized. For example, over the past two years the finalists for the prestigious Society for Science & the Public student prize have been split evenly between male and female finalists.”

The U.S. Bureau of Labor Statistics predicts that IT will be one of the fastest-growing sectors of the U.S. economy, adding nearly 1.1 million job openings by 2024, Tacheff notes.

“That means it's more important than ever for organizations to take an inclusive approach to hiring and retaining employees. Not only do they need the talent, this approach is better for society as well as the overall bottom line,” Tacheff says. “As far as encouraging and actualizing environments for inclusion, and thus innovation, the industry still has a way to go. There are, however, so many companies committed to this work, like many of our Women Who Code partners who prioritize diversity and inclusion in strategic, impactful, meaningful ways.”

Ames says unconscious bias remains a barrier for women interested in tech. She notes that organizations can address bias “with strong, top-down leadership, effective measurement and accountability, and by examining hiring, retention and promotion systems and processes for built-in bias.”

Companies that participate in AnitaB.org’s Top Companies program report on three key areas the group believes make a difference: formal gender diversity, leadership training specifically for women, and instituting flexible time policies. That last one “supports the ability for women to maintain their career during points of transition, whether becoming a mother or juggling family responsibilities,” Ames says.

Tacheff says “true industry change” will occur only if women are kept on career trajectories that take them to senior and executive roles in tech. The role of science, technology, engineering and math education is critical to building a pipeline of future female talent in IT, she says, but there also needs to be women who can serve as mentors and role models for those students.

“That will in turn make the industry more desirable to women and will encourage more of them to start, return to and continue tech careers,” she says.   Women Who Code offers over 1,800 free events, workshops, conferences, “hackathons” and more around the world, “so the barrier to entry is small to nonexistent for members,” according to Tacheff, and the organization can help them reach the next level of their careers.

Multiple actors in society need to work together to get more women into IT, Tacheff says. “We need to support women and inclusion in general through leadership programs and career and educational opportunities,” she says. “Working together, we can be even more effective than we would be if trying to effect change on our own.”

Ames says nonprofits “can help understand what works and what doesn’t” and can “provide data, programs and convene companies to share best practices.” Governments can help “by enforcing laws around equal pay and equal opportunity regardless of race or gender.” And the private sector can “implement best practices, monitor their performance and work to create inclusive cultures that let diverse employees contribute their best every day.” 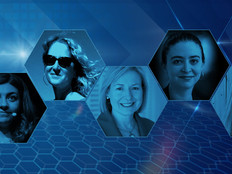 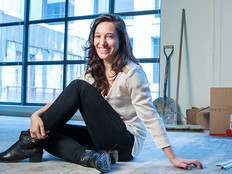