Data powers digital transformation — or at least it should. As organizations rethink the relationship between IT resources and digital strategy, data should inform their efforts to optimize customer engagement, achieve efficiencies and cost savings, and scale digital offerings. But often, data hampers such initiatives because organizations are ill-equipped to handle the deluge of information they generate, especially as the Internet of Things (IoT) increases the amount of data even further.

How much data is out there? So far, organizations have collectively amassed about 2.7 billion zettabytes, according to Lucas Dinquel, a Microsoft cloud business development specialist at CDW who spoke at CDW’s “Modernizing IT Infrastructure for Digital Transformation” summit. That’s enough to fill 675 billion DVDs.

Given this massive growth, organizations that intend to pursue digital transformation need new strategies to store, analyze and act on data. Effective solutions minimize the risk of information overload and ensure that data is appropriately secure.

For many organizations, video is a major driver of data volume, with increasing adoption of high-definition video leading to ever-larger files. For example, many retailers record video not only for security, but also to understand how shoppers browse and whether they respond to certain types of displays. The higher the resolution, the easier it is to identify an individual’s race or gender to understand demographic differences in shopping habits.

All that footage must be stored and analyzed for it to be useful in informing business decisions, and the gigabytes add up quickly. For many organizations with on-premises storage, the conventional solution — adding discs to a data center — is no longer sufficient. Now, they are turning to the cloud to boost their storage needs.

“The cloud is a great way to augment that and add on to your current investment in discs,” Dinquel said.

Other organizations are reaping many of the cloud’s benefits — such as rapid, cost-effective scalability — with on-premises data centers through solutions such as virtualization.

“Can I build a cloudlike data center that’s scalable, flexible, cost-effective, shared-cost? That’s what we call a next-generation data center,” NetApp CTO Mark Bregman said at the summit. “A lot of customers are looking at different architectures — scale-out architectures — even within their data center. They’re not just going to the public cloud, but leveraging their physical assets and their skill assets to build a next-generation, owned and operated data center.”

The cloud is good for more than just storing data. Cloud platforms such as Microsoft’s Azure let organizations parse that data for actionable insights, including the identification of new opportunities to make and save money. Machine learning, a subset of artificial intelligence, can scrutinize mass amounts of data to yield insights that would take too long or be too expensive (or both) if performed by humans.

“A lot of folks have asked me about data analysts and data scientists and if you still need to have somebody crunching numbers on a day-to-day basis,” Dinquel said. “Those folks can remain, but they can focus on different things. They can get involved in more advanced discussions of what to do with data rather than just crunching numbers. You can let Azure take over and make some of those decisions.”

For example, Schneider Electric has used IoT, Big Data and machine learning to monitor and manage its power grid. The utility company’s IoT sensors collected information on issues such as the amount of dust and shade on solar panels. Combined with weather forecast data, that gave Schneider the insights necessary to ensure reliable power. In the process, the company transformed both its business and the lives of its customers.

“Employees could make decisions that the power could potentially go down in this area, so they could start borrowing power from this area before it’s too late,” Dinquel said. “They used this to deploy power to some remote places in Nigeria. They’re keeping hospitals powered on 24 hours a day so refrigeration stays on for vaccines. Schools are powered during the day for computer labs to be running. Power used to be very, very inconsistent in that area.”

“They were able to improve some deficiencies in rolling out power to new markets,” he said. “They reduced the amount of time from two years to six months.”

Schneider isn’t the rare success story, either. Air compressor manufacturer Fusheng saw Big Data and IoT as the keys to a digital transformation project that was initially aimed at improving product reliability and operational efficiency.

“When I met with the leadership of Fusheng, they said, ‘We think IoT is a great opportunity for us to disrupt our business,’” Steen Graham, the general manager of IoT ecosystem and channels at Intel, said at the summit. “By connecting their air compressors to the internet, they can provide the right part at the right time, delivering at a higher uptime.”

Then Fusheng realized that IoT and Big Data also offered a way to generate more service revenue. For example, one of its customers is a Chinese coal-fired power plant, a business whose core competency is generating electricity rather than maintaining air compressors.

“What happens if that air compressor breaks down? The power plant needs to shut down to cool down,” Graham said. “That’s a major problem: millions of people without power. So are you interested in an air compressor that has 99.99 percent uptime and delivers that air as a service? This is a company that is transforming their business with IoT, driving disruption before they get disrupted.”

Being a disruptor requires businesses to transform the way they work. For example, traditional fiefdoms and departmental silos must give way to organizationwide collaboration, which can reveal opportunities that one business unit alone might overlook. Cross-functional teamwork helps organizations identify the right digital solutions — IoT, cloud and others — to achieve specific goals.

“There’s a lot of collaboration that has to take place between these enterprise architects, the DevOps teams, people that want rapid deployment of applications, business unit owners, and infrastructure operations people to build this next generation of cloudlike — or private cloudlike — data center infrastructure,” NetApp’s Bregman said at the summit.

Learn more about how to prepare your organization for digital transformation. 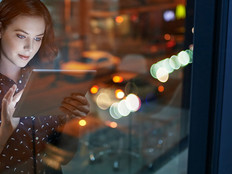 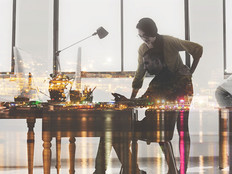